The good, the bad and the ugly! Sterling K. Brown and Ryan Michelle Bathe intentionally show their children an honest portrayal of marriage. 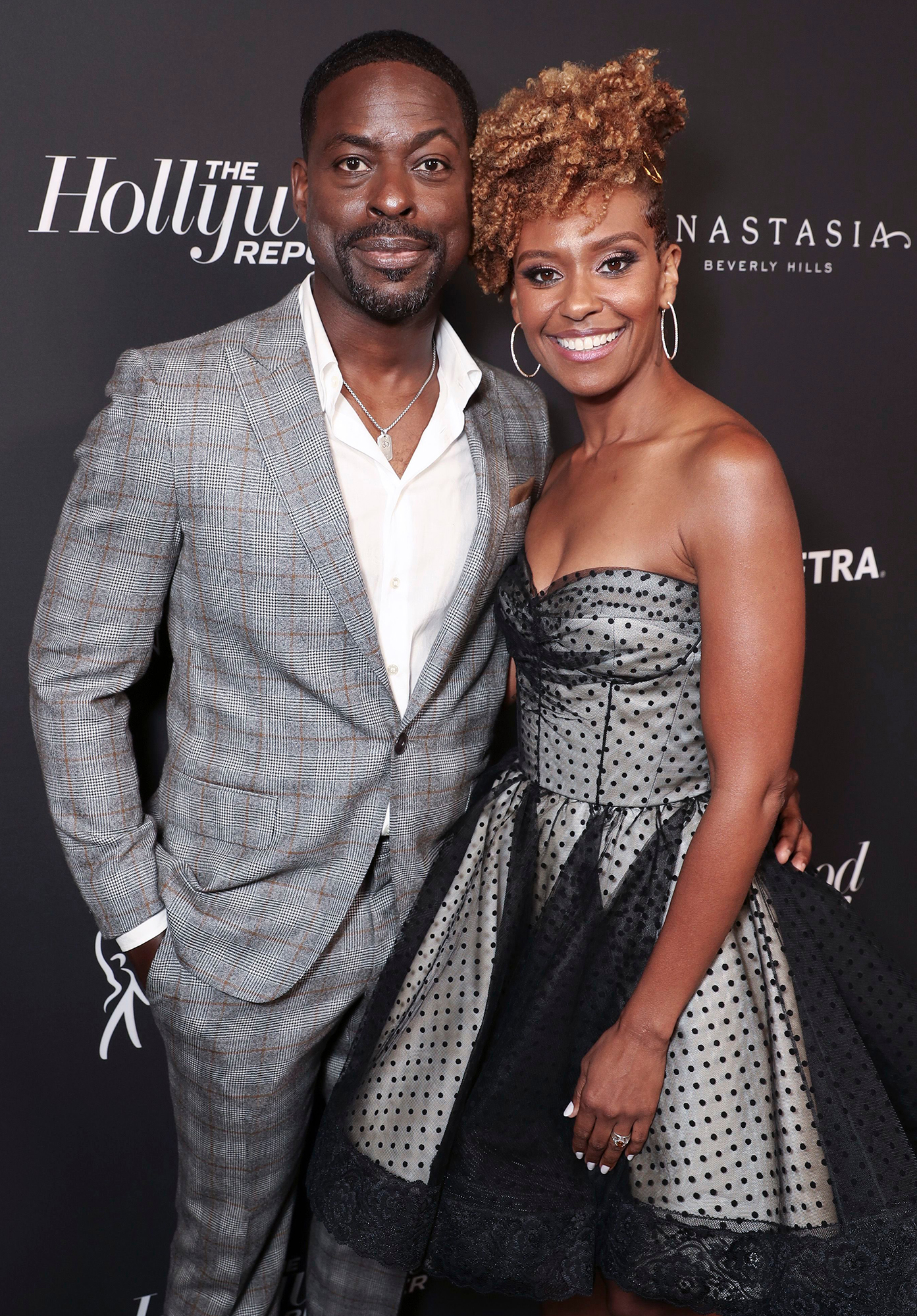 “Arguing is part of a relationship,” the This Is Us star, 43, told Us Weekly exclusively on Thursday, December 12, while promoting the DSG line, the first complete line of apparel exclusively sold at DICK’S Sporting Goods which gives back one percent of sales to DICK’s Foundation Sports Matter program to help fund youth sports organizations in need across the country. “It’s not the end of a relationship, but don’t go behind closed doors so they don’t see the reconciliation. Then if they just see fighting and they don’t see the makeup, they think the relationship is about fighting.”

The actor, who shares sons Andrew and Amaré with the actress, also 43, explained, “The relationship has cycles, and you’ve got to share all of it with them so when they go out into the world and they’re looking to partner with somebody to share their life, they’re like, ‘Look, we may argue, but we’re going to come back together when it’s all said and done.’ They’ve got to see it all.”

The couple aren’t the only ones who employ this particular parenting strategy. Dax Shepard and Kristen Bell also fight and make up in front of their daughters.

“Generally, kids see their parents get in a fight and then parents sort it out in a bedroom and then later they’re fine, so the kid never learns, how do you de-escalate? How do you apologize?” the “Armchair Expert” podcast host, 44, told Us exclusively in December 2018. “So we try, as often as possible, to do that in front of them.”

Brown and Bathe also make sure not to create an environment of “fear and obedience” in their home. “I want to make sure that my young people know that when they go out into the world, they’re not doing something, the right thing, because they’re fearful of the repercussions,” the Emmy winner told Us on Thursday. “They’re doing the right thing because it’s the right thing to do. That’s a foundation that we believe in very strongly.”

Waves is in theaters now.