No, thank you! Seth Rogen and his wife, Lauren Miller, don’t see children in their future. 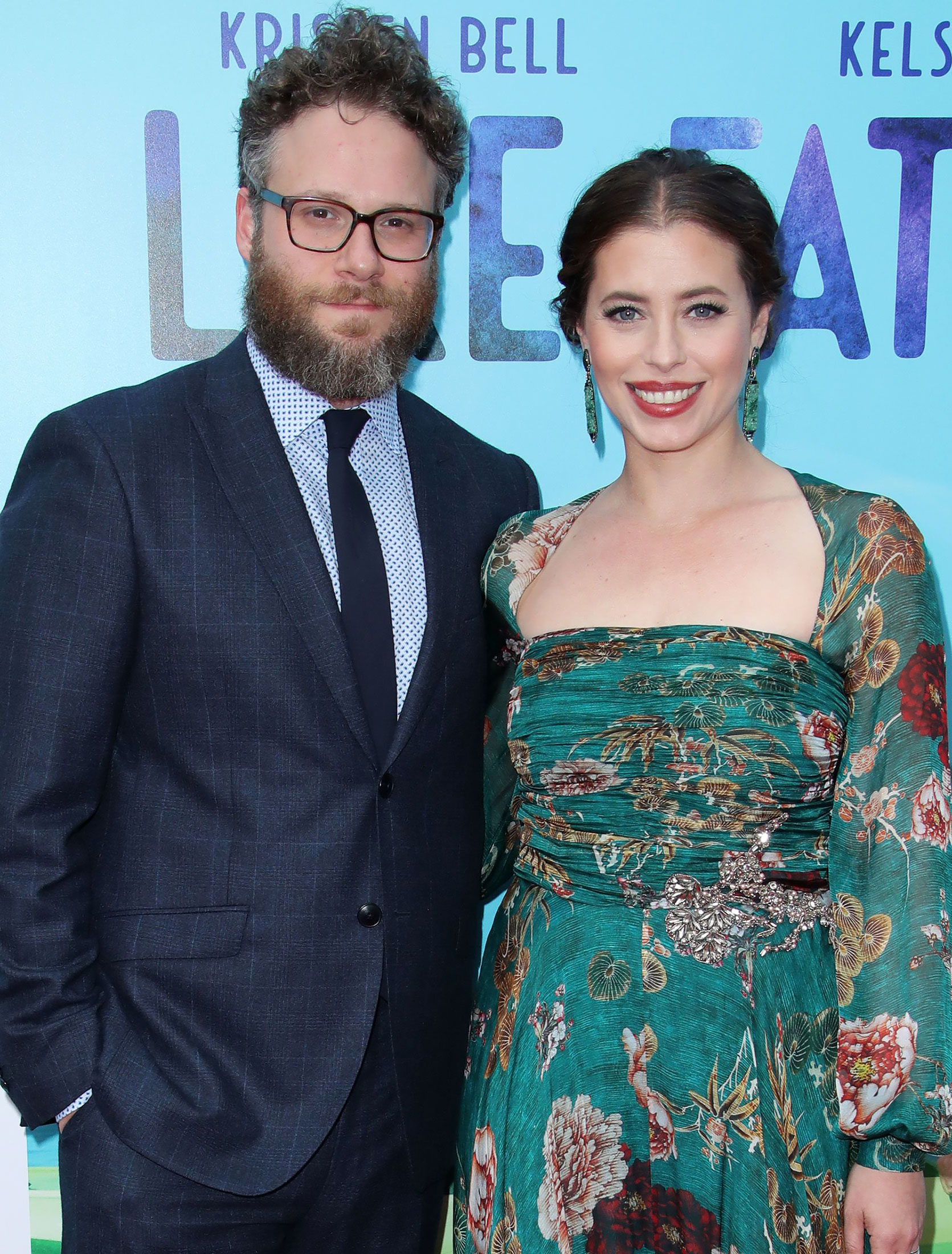 The Canada native added that he and the actress, 38, “have too much fun” to factor babies into their family. “I don’t know anyone who gets as much happiness out of their kids as we get out of our non-kids,” the Emmy nominee explained. “We’re f–king psyched all the time. We’re lying in bed Saturday morning, smoking weed, watching movies naked. If we had kids, we could not be doing this.”

The Night Before star also noted that he wouldn’t be able to do “all the work” that he does with little ones at home.

The couple wed in October 2011 in California, and Rogen’s parents exclusively spoke to Us Weekly eight years later about “waiting” for grandchildren from the pair.

“Well, they have a dog,” Sandy Rogen said in December 2019. “We have grandchildren from our daughter, [Danya Rogen], so we’re OK.”

Her husband, Mark Rogen, chimed in at the time: “We try not to pressure them. We think they’ll make the right decisions for themselves.”

Seth previously spoke to Dax Shepard about being “open” to starting a family. “It’s an active conversation. It’s something we talk about,” the Pineapple Express star explained on an August 2018 episode of the “Armchair Expert” podcast. “I honestly think I would be good at it. I have much stupider friends who are good parents. We’ve gone from people who just haven’t had kids to people who don’t have kids. It honestly makes it more fun in some ways because it’s like, ‘Man, no one we know is doing this s–t. We can just do whatever we want.’”

I’m Over 40 — and Pregnant! See Which Stars Welcomed Babies Later in Life

The Freaks and Geeks alum’s Good Boys costars think he’d make a great dad. “He’s always chill and I think we all know why,” Sam Richardson exclusively joked with Us in August 2019. “Remember, my dad smoked weed all the time. I didn’t realize it until one day. … I was a teenager and then I had like a Ratatouille flashback and I was like, ‘Oh, that’s what my dad was so chill.’ So it worked out for me.”

Keith L. Williams agreed at the time, noting that Seth would raise a “very laid-back” kid.