Meghan Markle and Prince Harry have welcomed their first child.

The Palace announced on Monday that the Duke and Duchess of Sussex have welcomed a baby boy.

“Her Royal Highness The Duchess of Sussex was safely delivered of a son at 0526 hrs. The baby weighs 7lbs 3 oz,” the Palace stated. “The Duke was present for the birth. The Queen, The Duke of Edinburgh, The Prince of Wales, The Duchess of Cornwall, The Duke and Duchess of Cambridge, Lady Jane Fellowes, Lady Sarah McCorquodale and Earl Spencer have been informed and are delighted with the news. The Duchess’s mother, Doria Ragland, who is overjoyed by the arrival of her first grandchild, is with Their Royal Highnesses at Frogmore Cottage. Her Royal Highness and her child are both doing well.”

Of course, the proud father was thrilled.

“I’m very excited to announce that Meghan and myself had a baby boy this morning, a very healthy baby boy,” Harry said in his first public appearance since the birth. “Mother and baby are doing incredibly well. It’s been the most amazing experience I can ever possibly imagine. How any woman does what they do is beyond comprehension but we’re both absolutely thrilled and so grateful for all the love and support from everybody out there. It’s been amazing so we just wanted to share this with everybody.”

He also said the parents are “still thinking” about names.

Diana might have liked her grandchildren a little too much, he joked. “She’d be a nightmare grandmother—absolute nightmare. She’d love the children to bits, but she’d be an absolute nightmare,” he said. “She’d come and go and she’d come in probably at bath time, cause an amazing amount of scene, bubbles everywhere, bathwater all over the place, and then leave.”

Though two decades have passed, William still feels closely connected to Diana. “They always live with you, people you lose like that,” he said. “My mother lives with me every day.” 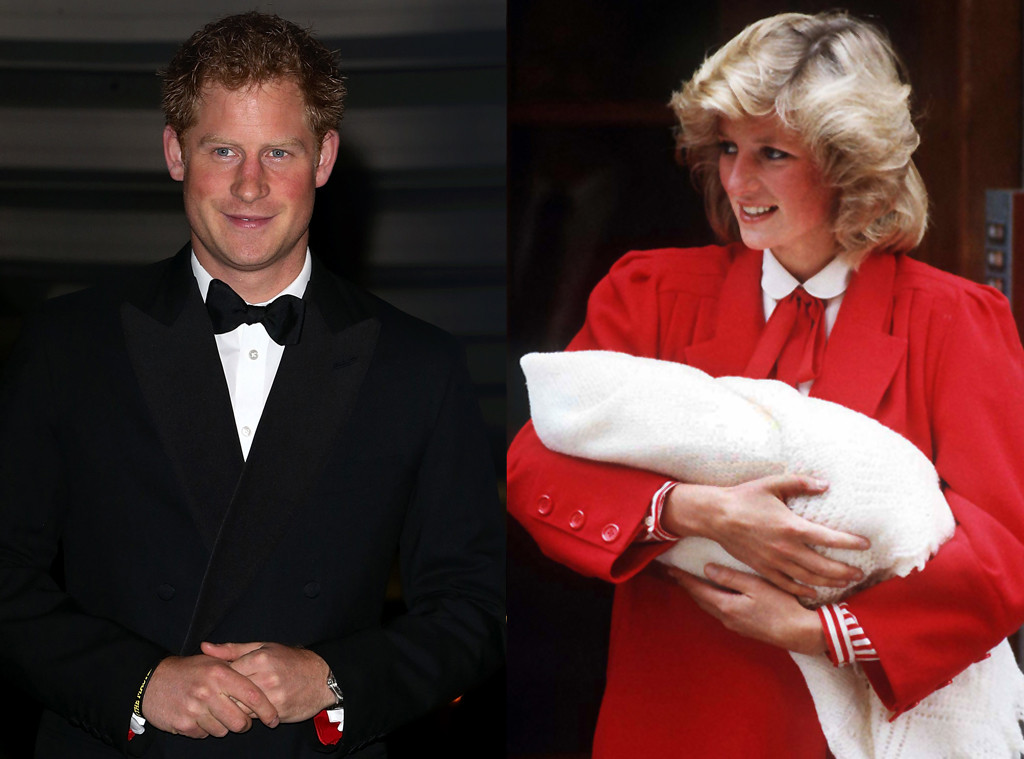 William spoke about how Diana gave him a sense of normalcy normally not afforded to members of the royal family—something he and Kate are doing with their own children. “She understood there was a real life outside the palace walls,” he said, mentioning some of her numerous philanthropic efforts. “She wanted us to see it from a very young age.”

In the documentary, William and Harry shared never-before-seen family photos and open up about Diana’s life inside the palace walls. For the most part, the two brothers had a happy early childhood. In fact, William only ever remembers seeing his mom cry over stories in the media. “Harry and I lived through that, and one lesson I’ve learned is you never let [the media] in too far, because it’s very difficult to get them back out again. You’ve got to maintain a barrier and a boundary,” William argued, “because if both sides cross it, a lot of pain can come from it.”