While those of us of a certain age have been reeling from the news that Bennifer is back, after Ben Affleck and former fiancée Jennifer Lopez were seen vacationing together in Montana, Jennifer Garner is focused on more important matters. The Yes Day star is busy making headlines of her own. The mother of three is about to hit the road with first lady Jill Biden. 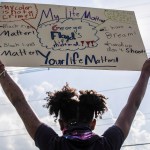 The Hill reported on Monday that the two will be traveling to Garner’s home state of West Virginia, a state which Trump carried in the 2020 election, on Thursday to help promote the American Rescue Plan. The legislation that was signed by President Joe Biden last year, includes benefits like an additional $1,400 stimulus payment and created the national vaccination program. Garner and the first lady are scheduled to tour Arnoldsburg Elementary School and a vaccination site at Capital High School in Charleston.

This plan is believed to be a major win for families, who can expect to see additional financial relief in the form of expansions to the Child Tax Credit (CTC). The changes to the CTC are slated to begin rolling out this summer in the form of direct monthly payments to qualifying American families. Experts believe that American Rescue Plan will cut childhood poverty in half, which is why advocates like Garner have thrown themselves so fully behind it.

And this isn’t the first time the two, who call one another friend, have teamed up, according to People. Garner has been outspoken in her support of the Biden/Harris administration since the start, noting how she was a fan of the way they put children first with their proposed policies.

“I think it’s easy just to be uncomfortable talking politics or feeling like a celebrity is endorsing a candidate and what do they even know — but I actually know you and we have worked together,” Garner said during an October 2020 Instagram Live she hosted with the then-hopeful next first lady of the United States, explaining why she was endorsing Biden. “And we are friends, and it is important to talk about.”

In addition to the work she’s doing with the administration, Garner also serves on the board of Save the Children, a nonprofit group working to ensure children’s issues are given attention by politicians and other groups that often cater to lobbyists. Other famous Save the Children ambassadors include Camila Cabello, Enrique Iglesias, and Olivia Wilde.