TikTok can be a lot of fun, and we love how it rewards creativity and has a multi-generational appeal for parents and teens.  But, as with all other social media, it has a dark side too. Some use TikTok as a way to bully others for clout. One Reddit user’s daughter played a horrible prank on a child with the intent of posting it on TikTok and now mom is wondering if the punishment she enacted fits the crime. 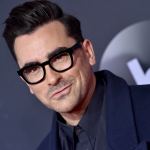 Dan Levy's Mom Has 'Just 7 Words' for His Childhood Bullies

“Long story short, my daughter (15F) and a friend decided to play a very cruel prank on the friend’s 8-year old sister,” wrote ComprehensiveSpare55. “Basically my daughter hid in her closet filming for TikTok while the friend called the sister in and pretended to cry and told her that she had gotten news that their parents had just been killed in a car accident… getting the reaction and then telling her its not true.”

Even after learning the truth, the younger girl was understandably upset, as were her parents, who told ComprehensiveSpare all about it.

“I was absolutely disgusted, especially considering the intention was to humiliate her on TikTok, she wrote “So in addition to grounding her I took her phone away and replaced it with an old one of mine that I locked down so it can’t do anything besides make/receive phone calls, take pictures and send texts, basically equivalent to an old style flip phone.”

As the daughter’s grounding was coming to an end, she asked her mom about getting her phone back, but mom flipped the script on her. “I told her, ‘When you can afford to buy your own.’ … She complained to my husband. He told me that he agrees she shouldn’t get the phone back now but that I’m maybe being a bit too harsh since confiscating it until the end of the school year for example would still send the needed message.”

Then, as this was posted in the Am I the Asshole Subreddit, she asked the question that we all love to see coming —  AITA? “So am I being too harsh or unreasonable? I get how important such phones and apps are now to teens’ social lives, but I really can’t let something like that go unaddressed.”

Redditors really couldn’t seem to come to a consensus on this one though. Some folks suggested the daughter might need therapy. “Therapy for sure. I’m actually concerned if she experienced any remorse? She needs a lesson in consent as well. Shocking behavior. Do not excuse any of it or play it off. NTA,” wrote user LotsOfCache.

And some folks agreed that therapy should be on the table.

But then some actual therapists were like nah. “Speaking as a therapist… I’m not so sure on the therapy recommendation unless there’s a lot more going on for this child you’re not mentioning. Kids being stupid and yes, even cruel, for the sake of idiot internet trends is not necessarily a clinical issue,” wrote Ladyofthe_upside_dow. “Teenagers being self-centered, temperamental, and caring more about perceived social validation than their parents’ opinions or boundaries…is normal. Try actually having conversations with the kid, and evaluate what might have led them to think that sort of behavior would be at all acceptable before dragging them to a therapist to ‘fix’ them.”

If you suspect your child is bullying others online or off, experts say parents need to be on the front lines of fixing the problem.

“Your job as a parent is to guide your child towards productive behaviors and away from destructive behaviors,” Relationship expert April Masini told SheKnows years ago. “Roll up your sleeves and get involved.”

And a few people pointed out that the mom wasn’t exactly being fair by changing the consequences after the fact.

“I agree with everything said above, however, your manner of punishing her leaves MUCH to be desired,” wrote Usernaym44. “You don’t announce a punishment, and then when that’s over, announce another one, and when that doesn’t go down well, announce yet another one. You only revise a punishment to lessen it. This constant goalpost moving will make her feel like she’ll never be out from under this, so why bother trying?”

While we’re absolutely disgusted by the scope and emotional impact of the prank, we definitely think mom needs to be a little more consistent and stop changing the expectations. That’s just setting her daughter up to develop some major trust issues.