Celeb duo Kanye West and Kim Kardashian made headlines earlier this year when they announced that they were separating. Now, they’re back in the news after West responded to Kardashian’s divorce filing by requesting “joint legal and physical custody” of the couple’s four children. What exactly does that mean? 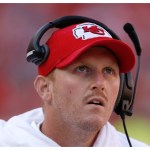 According to People, West’s legal team filed paperwork on Friday laying out his custody request for their children, 7-year-old North, 5-year-old Saint, 3-year-old Chicago, and soon to be 2-year-old Psalm. The legal document also cites the reason for the pair’s split as irreconcilable differences, and requests that neither party be awarded spousal report (considering Kardashian just hit the Forbes billionaire list this month, and West has a massive net-worth himself, we think it’s safe to say that the judge is going to agree to that one).

In the California court system, where the children currently reside with Kardashian, child custody can be broken down into two different segments: legal custody, which involves who gets to make the decisions surrounding the health, education, and welfare of the couple’s children; and physical custody, which dictates who the children live with.

By requesting joint legal custody, West is requesting that the courts rule that both he and Kardashian share the “right and responsibility” to make all decisions about the children’s wellbeing, giving West equal opportunity to weigh in on where they go to school, how they celebrate religious holidays, and more.

If the two can come to agreement on custody, it looks like they can avoid having to go through a long, drawn-out battle through the court system. According to California law, if the parents can agree to the terms of a custody arrangement, they don’t need a court order to make it enforceable. However, if they can’t agree on custody, they’ll need to go through mediation with a mediator from the Family Court Services (or other similar service) before meeting with a judge, which can become a long and likely very public battle (just look at the Jolie Pitts).

It’s always sad to see a couple separate when children are involved, so we’re hoping that the entity formerly known as Kimye are able to come to a quick and amicable agreement.

Kardashian and West were very public about their use of a surrogate, here are a few more celeb parents who have been open about the process: