What would Shawn Johnson East do? The Olympic gymnast dished on her dos and don’ts for parenting her daughter, Drew, with husband Andrew East during quarantine. 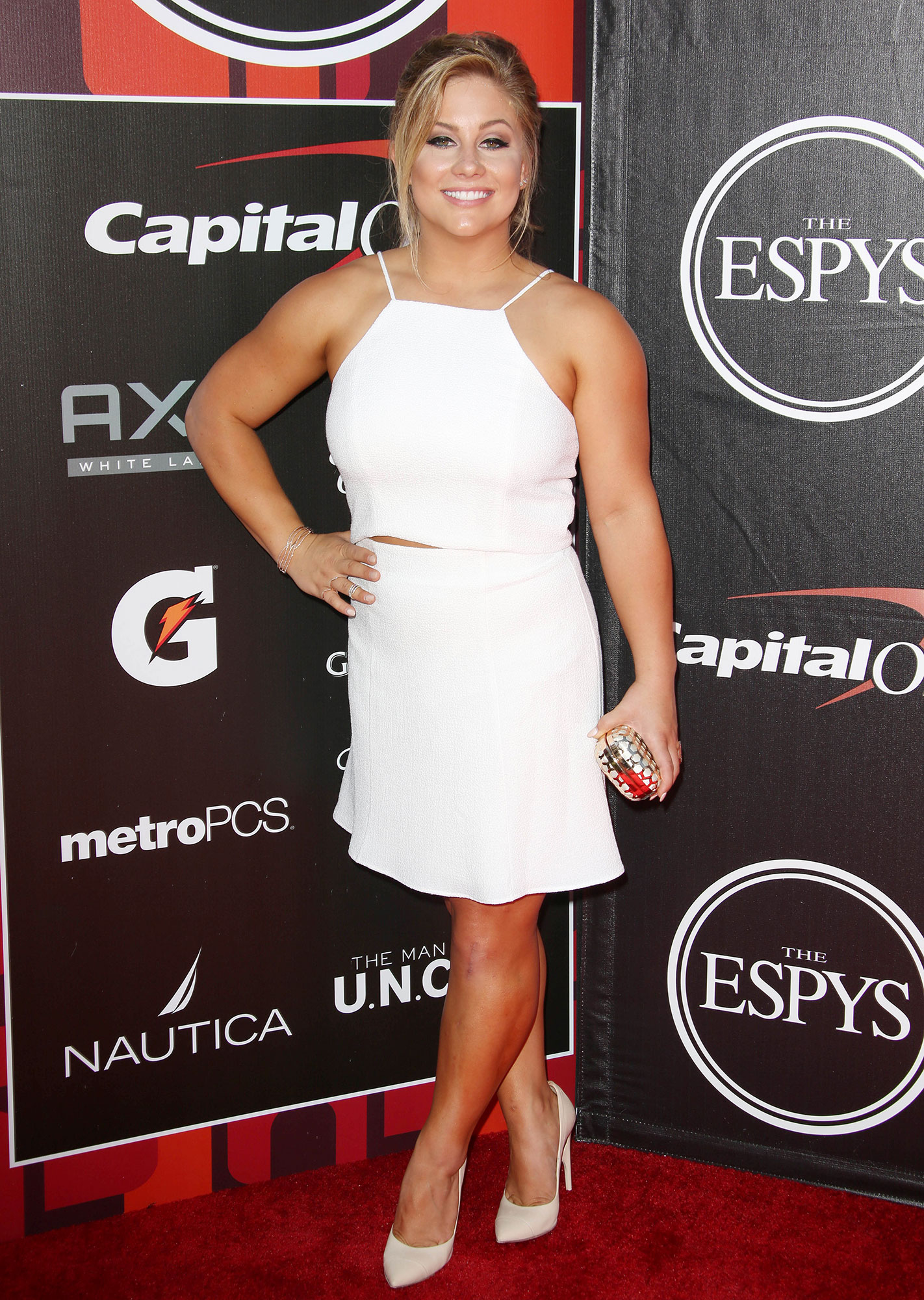 The Iowa native, 28, joined Us Weekly virtually on May 6 to discuss her new partnership with infant formula brand Enfamil. Johnson East also revealed her go-to approach for parenting her 6-month old, including whether PDA is acceptable in front of young ones.

“Absolutely. I think there’s obviously a line there,” she explained. “I think it’s a beautiful thing to show kids that you love your significant other and that you’re not afraid to show that. I think that’s something they should be proud of.” 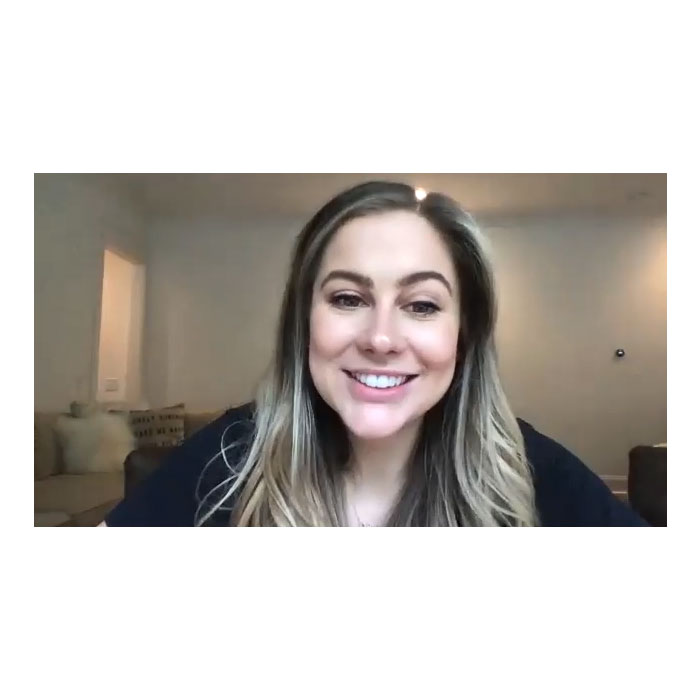 Johnson East admitted that she does not co-sleep with her baby girl, but she is not opposed to the idea since some of her friends have done so. Drew, however, has mostly been able to sleep through the night.

“There have been some nights where, like, when we had to un-swaddle her, it was a rough couple of weeks where we had to retrain,” she shared. “There’s been some hard nights where you’re like, ‘Do I go in there? Oh, I just want to hold you.’ It’s hard.”

One thing Johnson East absolutely won’t do is give in to a child’s temper tantrum. Part of her reasoning for this is because “kids are very smart and they learn how to get what they want” by behaving badly. “Reward the good and not the bad,” she explained. “I’m not saying punish your child. But if you reward them with good behavior, then they’ll learn that that’s what they have to do to get what they want.” 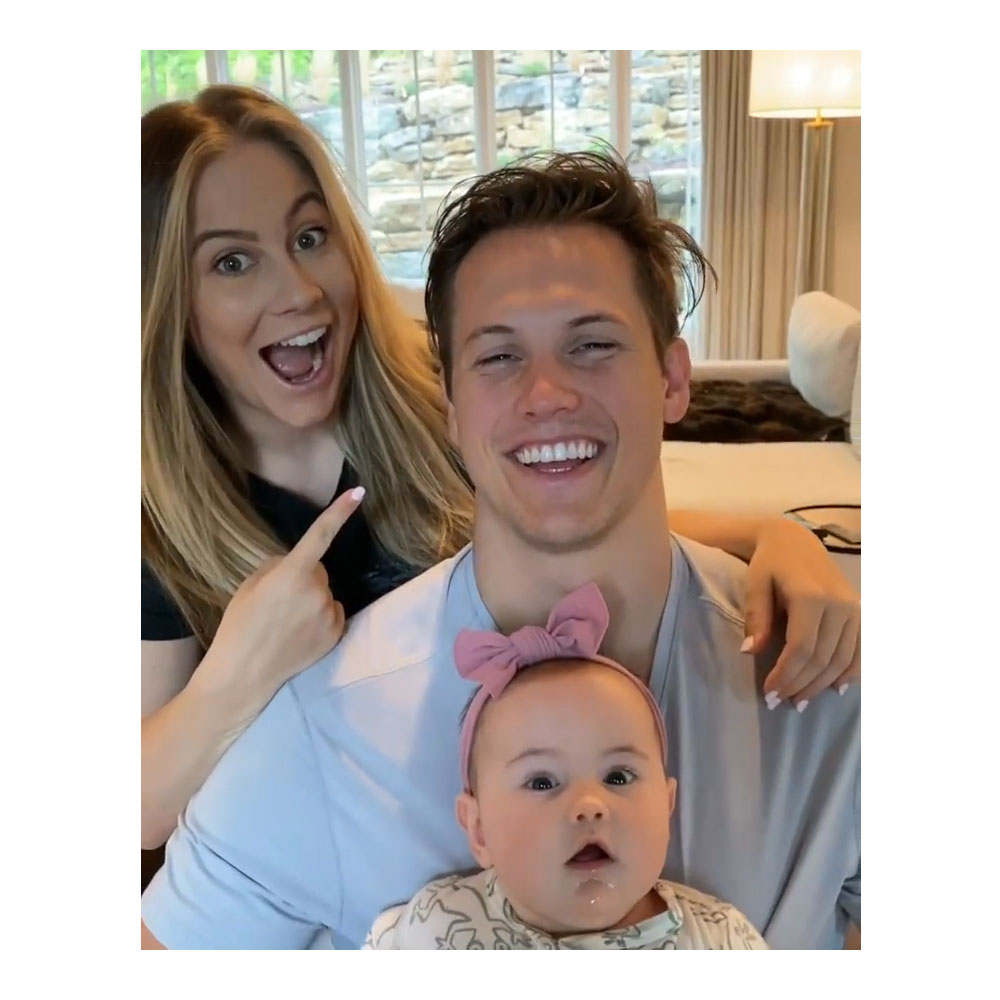 Johnson East wed the former Washington Redskins player, 28, in April 2016. The couple welcomed Drew, their first child together, in November 2019 after she suffered a miscarriage two years prior.

When Johnson East joined Us earlier this month, she revealed that switching to Enfamil’s formula has allowed her husband to forge a closer relationship with their daughter.

“It was awesome because he had this bonding experience he would never have had otherwise,” she gushed to Us. “And I would go into a room and pump because we would do 50/50 milk and formula, and he would go into the nursery and rock her and feed her. Seeing my husband and her interact and her just look[ing] at him [while] he feeds her is the most beautiful bond.”

Check out Us Weekly’s video above for more of Johnson East’s parenting dos and don’ts amid quarantine.