Naming a child is both fun and overwhelming, as former Vanderpump Rules stars Brittany Cartwright and Jax Taylor discovered when planning for the arrival of their first baby. The couple announced that their baby boy was born on Monday, April 12, and just gave E! News the scoop on the inspiration behind the unique name. 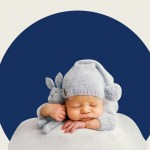 These Baby Boy Names Have Serious Swagger — for Your Little Badass

“From the very beginning we had a girl’s name picked out, and when we found out it was a boy it took us a while to decide on a name.” Cartwright told E! News about their new arrival, Cruz Michael Cauchi.

“I was probably around five months pregnant when we finally decided on Cruz. Cruz means “cross,” and coming from a religious family I thought that was amazing. I also, of course, think it’s super cute and goes with Cauchi so perfectly.”

Unless you are a deep Vanderpump Rules fan who has done your research, you probably didn’t realize that Jax Taylor’s real last name is Cauchi.

“His late father’s last name is Cauchi, so of course we wanted to continue his legacy with our son and family,” Cartwright explained. “Michael is Jax’s middle name and his uncle/godfather’s name. As an added plus, Michael has always been my mom’s favorite boys name ever so she was so excited.”

Another famous baby with the same meaningful moniker chosen by the reality TV alums is Cruz Beckham, son of soccer phenom David Beckham and former Spice Girl Victoria, aka Posh. It’s also similar to the first name Crew, which is what Joanna and Chip Gaines named their fifth child. Of course, Cruz is also a common last name, notably of actress Penelope Cruz and Texas Senator Ted Cruz.

Cartwright also shared with E! News some details of her pregnancy and delivery, which included being in labor for more than a day and crying through a lot of it.

“I was in labor for 26, 27 hours!” Cartwright said. “It was one of the hardest things I have ever done, but it was definitely the most beautiful and rewarding thing. It was all so amazing and now having him in my arms I couldn’t imagine life without him!”