Tori Roloff was thinking ahead when she decided to deliver her daughter, Lilah, via C-section in November.

“Because Lilah has dwarfism,” the Little People, Big World star, 28, wrote on her Wednesday, January 22, Instagram Story when asked why she opted for the procedure. “It’s not that I couldn’t have a vbac [vaginal birth after cesarean], but most likely it would have ended in a C-section so we just skipped ahead.” 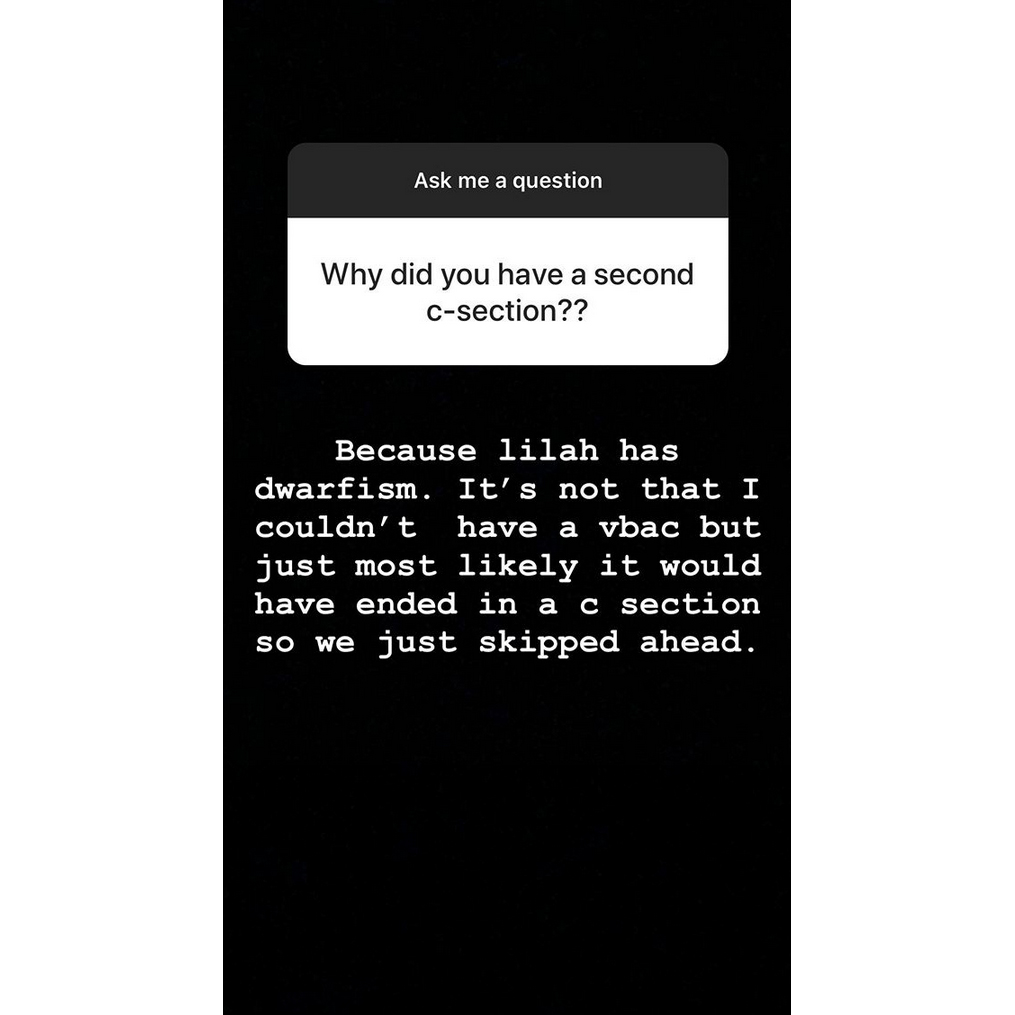 The reality star, who also shares son Jackson, 2, with her husband, Zach Roloff, went on to write that her hospital visit “was so much more difficult” this time around, although she “recovered a lot faster.” Now, Tori is “just trying to get back into shape” and love her body.

The TLC personalities welcomed their baby girl in November and the photographer opened up about her postpartum mindset three weeks later. “It’s only been 3 weeks since growing and then birthing a human being, but it’s hard,” Tori captioned a December Instagram post. “Having major abdominal surgery is difficult for me because I hate being restricted. I hate asking for help. I hate not being able to physically keep up with where my mental state is. Plus there are jiggles in places that are honestly just hard to come to terms with.” 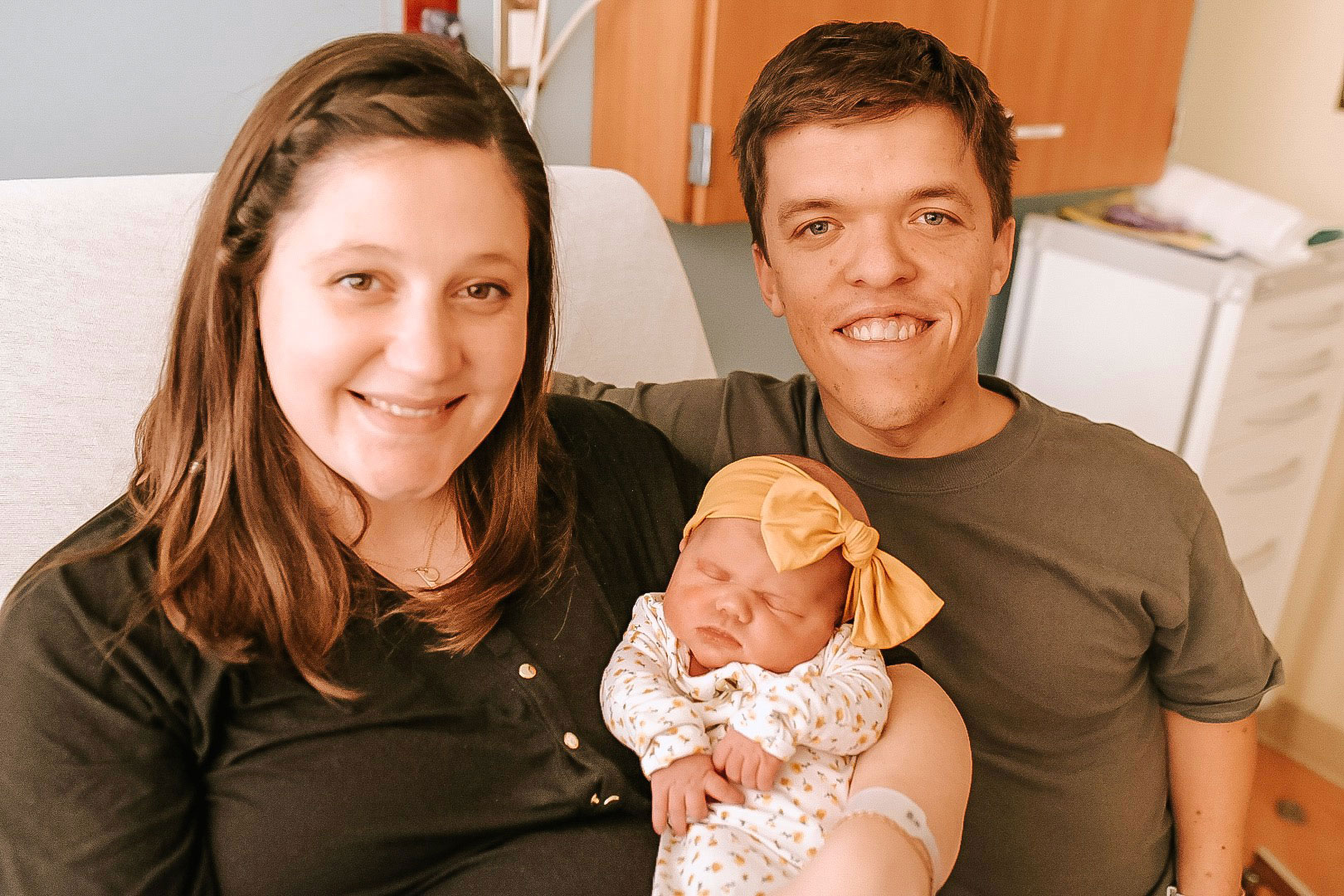 She went on to write, “I know it’s temporary. I know my body will heal and I will be back where I want to be. It’s just the waiting that’s hard. For all those PP mamas out there. Love yourself hard. We all have our days and that’s okay. Our bodies are so insane and I’ve said it before — women are badass. I thank God every day for the family he’s given me. I’ll be here continuing to try and practice what I preach and love myself through this phase.”

She and Zach, 29, welcomed their son in August 2017. Thirty-four weeks into her pregnancy, the couple found out that Jackson has achondroplasia, the same kind of dwarfism as his father.

“Thank the Lord, Jackson hasn’t really had any significant [health struggles],” Zach told Us Weekly exclusively in May. “He’s had a couple ear infections, which can be common with dwarfism. There’s a lot of potentials, but for now it’s too early to tell. We actually have the same pediatrician for him that was my pediatrician growing up, so that’s been really nice because he’s familiar with dwarfism and those things. In Portland, [it’s] a little harder to find a pediatrician that has that experience with dwarfism.”