“I have a favor to ask of you,” the Jimmy Kimmel Live! host, 52, asked the actor, 23, on the Tuesday, April 21, episode of his show. “My son Billy turns 3 today. We watched both of your Spider-Man movies over and over and over again, and we promised him that the real Spider-Man would come to his party. We were just going to hire a guy in a suit, but now nobody’s coming to his party, his party is just us, and I was wondering if you would say hello to him.”

The New York native added, “I can’t guarantee it’s going to register, but would you mind?” 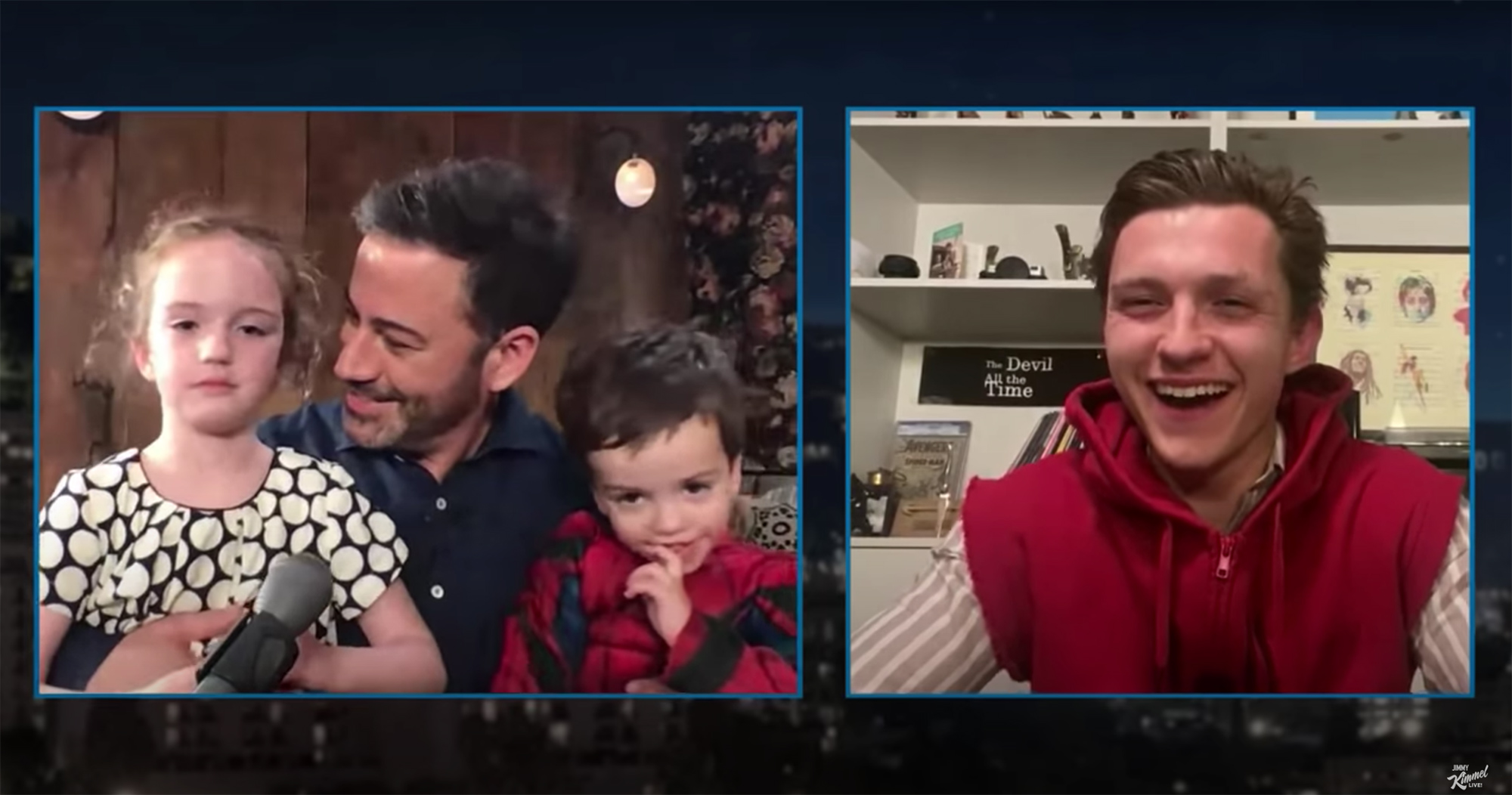 Holland agreed and changed into his costume while Kimmel brought his and Molly McNearney‘s son and 5-year-old daughter, Jane, over.

“Who did we say was gonna come to your birthday party?” the Daytime Emmy winner asked his toddler. “The real Spider-Man. I want you to say hi to somebody.”

The actor then appeared, saying, “Hey, what’s up, Billy? … My name is Peter Parker. I live in Queens, New York. Where do you live?”

Billy grinned before shyly hiding his face in his dad’s neck. His sister answered for him saying, “We live in California.” She then admitted she thinks Holland’s face is “cute.”

The Onward star thanked Jane before singing her younger brother “Happy Birthday” while McNearney, 42, brought out a Spider-Man cake.

The following month, the Serious Goose author opened up on his ABC show about the surgery the newborn had shortly after his birth. Billy was diagnosed with “tetralogy of fallot with pulmonary atresia,” which is when the pulmonary valve is blocked and there is a hole in the heart wall.

“On Monday morning, Dr. Vaughn Starnes opened his chest and fixed one of the two defects in his heart,” Kimmel explained at the time. “He went in there with a scalpel and did some kind of magic that I couldn’t even begin to explain. He opened the valve, and the operation was a success. It was the longest three hours of my life.”

The little one had a “successful” second heart surgery in December 2017.