Family fun! Gisele Bündchen joined TikTok to participate in the viral couples challenge with Tom Brady — and they had a little help from their son, Benjamin.

The supermodel, 39, and the newly minted Tampa Bay Buccaneers quarterback, 42, cuddled on an outdoor couch as the 10-year-old hid behind them in the Tuesday, May 26, upload. With their eyes closed, the couple answered a series of questions about their relationship simply by pointing at each other.

Bündchen and Brady disagreed on the first question, saying the other person is typically the first to apologize after a fight. They concurred that the Brazil native is “the funny one,” although Benjamin voted for his dad. However, the trio were on the same page for many of the queries, including Brady being “more patient” and “more spoiled” and Bündchen eating more and being the “better singer.” They also agreed that the NFL star “works out more,” “requires more attention,” “spends the most money” and “has more clothes,” the latter of which made his wife crack up. 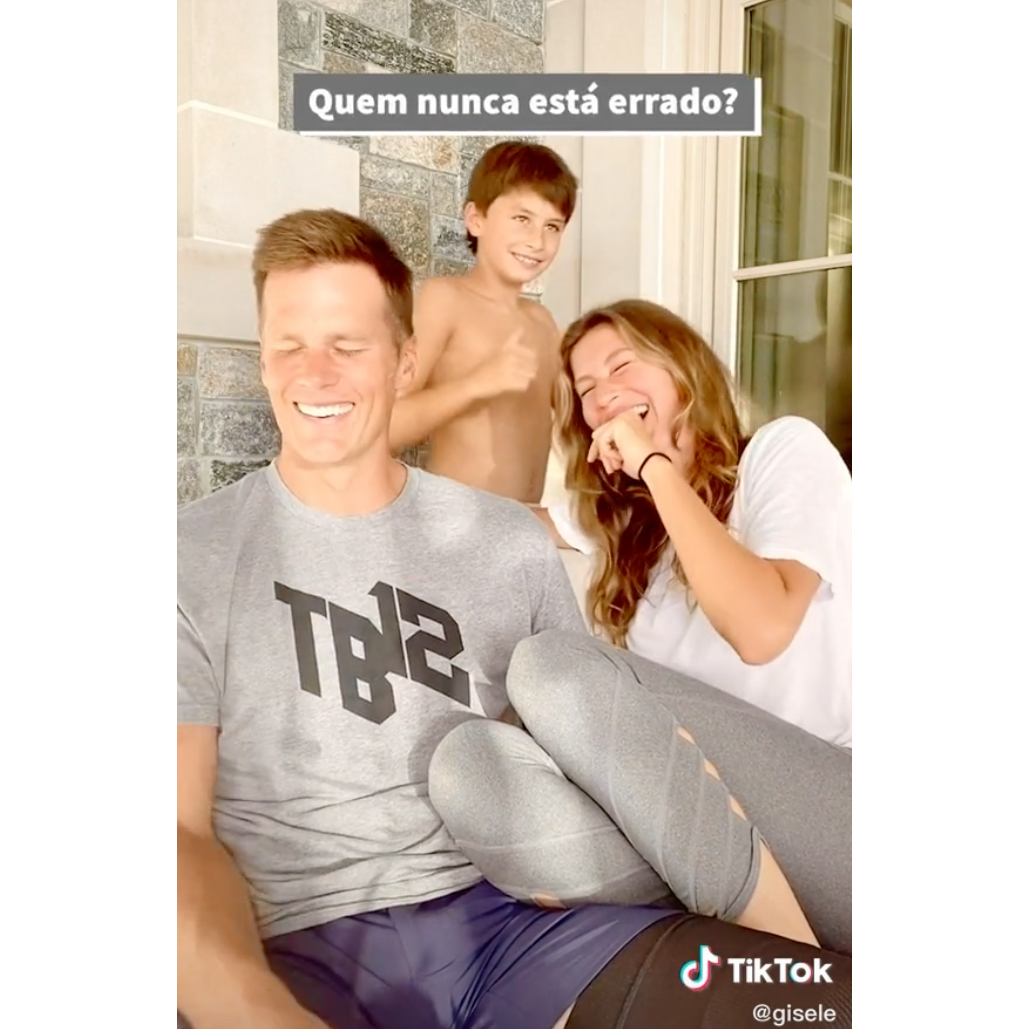 Surprisingly, the pair could not come to a consensus on who said “I love you” first (Brady said Bündchen and vice versa) or “who drives better” (they each voted for themselves). As for “who is never wrong,” they both pointed at the Lessons author while Benjamin popped up from behind the couch and said himself.

The athlete and Bündchen started dating in 2006 after being set up on a blind date by a mutual friend. They tied the knot in Santa Monica in February 2009 and went on to welcome Benjamin that December and daughter Vivian, now 7, three years later. Brady also shares son Jack, 12, with his ex Bridget Moynahan.

A source told Us Weekly exclusively earlier this month that the coronavirus pandemic has forced the Brady-Bündchen family to make major adjustments like the rest of the world.

“With the quarantine, it’s a challenge for them like any other parents trying to stick to a normal routine in the household,” the source said. “But this added time together is such a gift. They’re making the most of it during the off-season and prioritizing family time before training really kicks into high gear for Tom.”

A second insider explained that “clear, current communication” has helped bring Brady and Bündchen “even closer over the years by being open and honest with one another and by committing to each other and prioritizing their family.”