A mom at last! Tamron Hall and her husband, Steven Greener, have welcomed their first child together.

“Moses & Mama!! I can’t wait to introduce y’all to my #sonshine,” the former Today host, 48, captioned her Instagram announcement Opens a New Window. . “Photo credit: Dad who can’t stop crying tears of joy. Thank y’all for the love and support. It got us here.”

The former Today host announced her pregnancy news in March via an Instagram video of herself dancing to the song “Baby Shark” while cradling her growing bump. 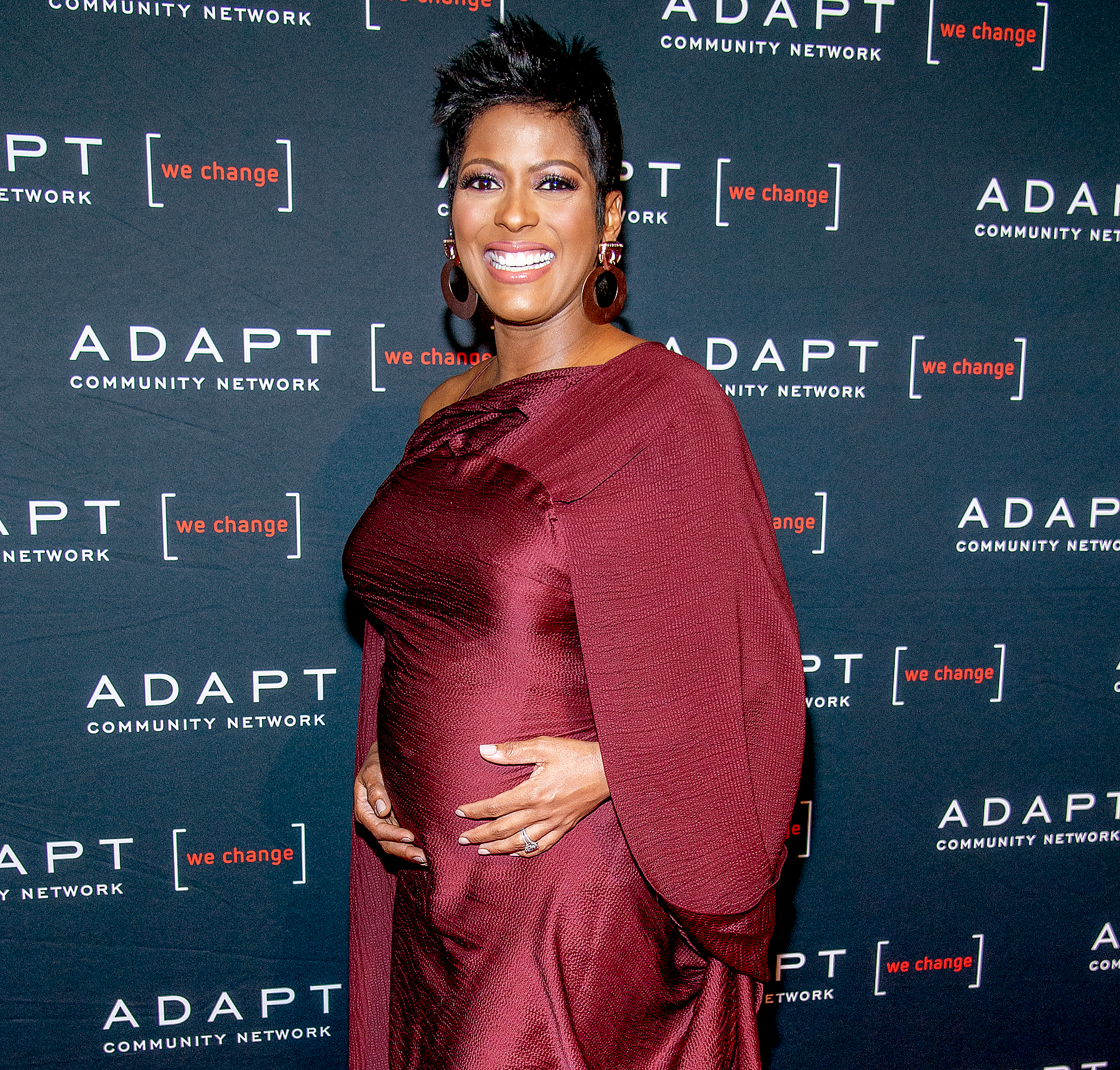 “When one song captures the personal news I want to share with you (yes, you)! I’ve wanted to share this news for many months and now finally my doctor has said I am in a safe place, at 32 weeks, to share my joy with y’all,” the broadcast journalist wrote alongside the sweet clip. “So, it’s clear a daytime talk show isn’t the only thing I’ve been trying to produce! There have been many tears, but today, I embrace the smiles. My husband Steven and I are beyond excited.”

Hall added that she and Greener are so thankful to be parents. “We’re in constant prayer, so if you pray, add us to your list; if you meditate, send calmness our way; and if you believe in luck, we’ll happily take that too,” she wrote. “More to share in a few weeks when the baby arrives! Next chapter! Blessed and Grateful.”

Moses & Mama!! I can’t wait to introduce y’all to my #sonshine. Photo credit: Dad who can’t stop crying tears of joy. Thank y’all for the love and support. It got us here.

Moses & Mama!! I can’t wait to introduce y’all to my #sonshine. Photo credit: Dad who can’t stop crying tears of joy. Thank y’all for the love and support. It got us here.

A source previously told Us that the former NBC News anchor and Greener, who works in music management, married in 2018, the same year that news broke of Hall’s new talk show on ABC.

The news personality revealed her show’s premiere date Opens a New Window. in March, just one day before sharing her pregnancy announcement.

“When one door closes… (say it with me) another opens! @disney just announced that my nationally syndicated daytime talk show Tamron Hall will premiere on 9-9-19,” she wrote. “I am so proud to share that I will serve as an Executive Producer on our new show, alongside legendary producer Bill Geddie!”