Bonding with his brood! Tiger Woods spent an evening with his girlfriend, Erica Herman, and his two kids — and documented their family dinner.

“Masters Champions Dinner quarantine style,” the professional golfer, 44, captioned the rare pic with daughter Sam, 12, and son Charlie, 11, via Instagram on Tuesday, April 7. “Nothing better than being with family.”

In the social media upload, the athlete was all smiles sitting with his son and daughter on either side of him. Herman, 36, brought up the end with their dog by her side. 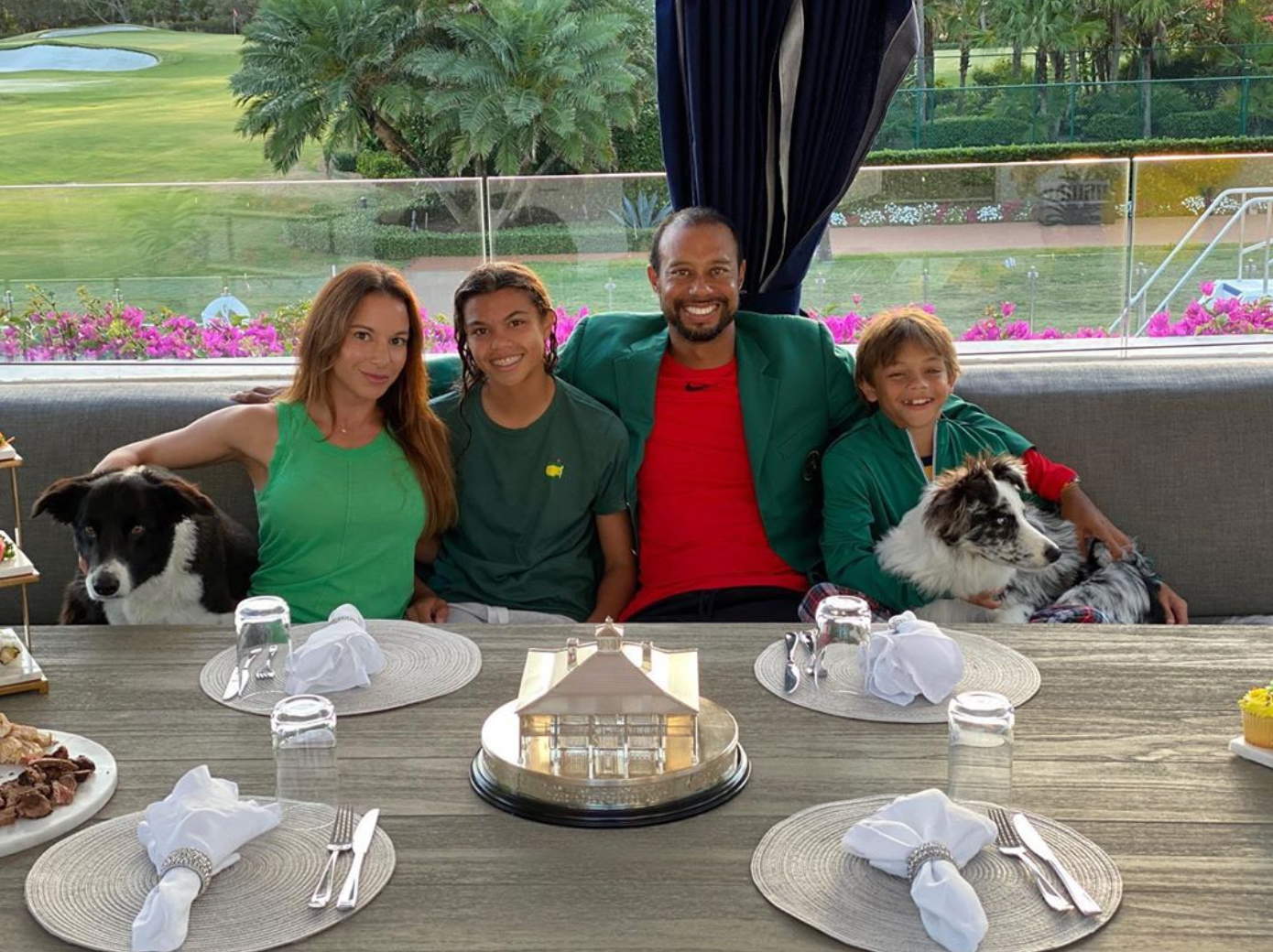 The How I Play Golf author welcomed Sam and Charlie with his ex-wife, Elin Nordegren, in 2007 and 2009, respectively. The former couple divorced in 2010 following Woods’ cheating scandal.

“Having the relationship that I have now with her is fantastic,” the California native told Time magazine of coparenting with the former model, 40, in December 2015. “She’s one of my best friends. We’re able to pick up the phone, and we talk to each other all the time. We both know that the most important things in our lives are our kids. I wish I would have known that back then.”

He went on to tell the outlet, “I’ve taken the initiative with the kids, and told them upfront, ‘Guys, the reason why we’re not in the same house, why we don’t live under the same roof, Mommy and Daddy, is because Daddy made some mistakes.’”

As for Nordegren, Us Weekly confirmed in October 2019 that the Sweden native native and her boyfriend, Jordan Cameron, had welcomed their first child together.

News broke four months earlier that Nordegren was starting a family with the professional football player, 31, when she was spotted rocking a baby bump at Charlie’s flag football game.

“They’re very happy about the pregnancy,” a source told Us exclusively in June 2019. “Elin maintains a low profile and has a normal, boring life. Florida allows her to live that quiet life. I hear she’s surprised that people care this much that she’s pregnant.”

The insider told Us that she and Cameron had started dating a year earlier. As for Woods and Herman, the pair have been a couple since 2017.