As Tiger Woods recovers from his serious car accident at Cedars-Sinai Medical Center in Los Angeles, he is doubtless being seen by numerous doctors and orthopedic experts to make sure his leg injuries heal as quickly and completely as they can. Two people who will not be visiting the famed golfer, however, are his children, 13-year-old daughter, Sam, and 11-year-old son, Charlie. 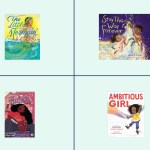 “Tiger has been in contact with his kids, but while he recovers, he’s fine with them being with [their mom] Elin [Nordegren] in Florida,” a source told HollywoodLife. “He feels that it would be too dramatic for them to see their dad hurt. He’s reassured them that he’s getting better each day and everything’s going to be all right. Everyone’s taking things day by day.”

Woods shares custody of his kids with Nordegren, and Sam and Charlie are a big part of his life. You can see, for example, that the two joined their dad and his girlfriend Erica Herman for dinner following Woods’ Masters win last April.

Notwithstanding COVID-19 travel and hospital visit restrictions, visiting a parent in the hospital can be difficult for kids. Children who are used seeing their parent as a healthy and capable individual may be scared by seeing their caregiver being the one who is being cared for, especially if there are wires and tubes hooked up to them and beeping machines all around. Plus, seeing a parent in pain, or acting strangely due to pain medication, can be confusing. While Woods has had numerous back surgeries and treatment for injuries, his kids have likely never seen him in a condition comparable to his current state.

When I was injured in an accident several years ago while on vacation, my then 10-year-old daughter spent a lot of time with me in the hospital. She has since developed a pretty serious phobia of doctors, which her dad and I can only infer might have been caused by this experience, despite the fact that the doctors helped me and I have (almost) completely recovered. So, let’s hope Woods is preventing his kiddos from developing the same fear my daughter did!

In addition, Woods is notoriously private about his personal family life these days (having courted quite a bit of controversy all those years ago), and his car crash and hospital stay has attracted considerable attention. This is something else he hopes to protect his children from, reportedly.

We hope Woods makes a full recovery and is able to see his kids as soon as possible.

Add these great books by Black authors and illustrators to your kids’ shelves.