No filter on her feelings! Amy Schumer had the sweetest response to her 2018 pregnancy news in a Wednesday, May 27, clip of her docuseries Expecting Amy.

“I found out two days ago that I’m pregnant,” the comedian, 38, tearfully said in the throwback HBO Max footage. “I’m just so excited.”

So proud & excited to announce the release of my new docuseries w/ the talented Alexander Hammer @go.for.hammer on @hbomax Coming 7/9: here’s a first look at #expectingamy! @maxpop

The Girl With the Lower Back Tattoo author announced in October 2018 that she and her husband, Chris Fischer, were expecting their first child. Their son, Gene, arrived in May 2019.

“It’s now Gene David Fischer,” the Inside Amy Schumer star said during an April episode of “Amy Schumer Presents: 3 Girls, 1 Keith” with guest Claudia O’Doherty. “It was Gene Attell Fischer, but we realized that we by accident named our son ‘genital.’”

O’Doherty, 36, chimed in at the time: “My mom pointed that out to me actually. My mom was like, ‘Amy’s called her son “genital.”’ And I was like, ‘What are you talking about?’ And then, she was right.”

Schumer and Fischer, 40, are trying to give Gene a younger brother or sister, the Emmy winner revealed in January. “I’m a week into IVF and feeling really run down and emotional,” she captioned a photo of her bruised stomach. “If anyone went through it and if you have any advice or wouldn’t mind sharing your experience with me please do. … We are freezing my eggs and figuring out what to do to give Gene a sibling.” 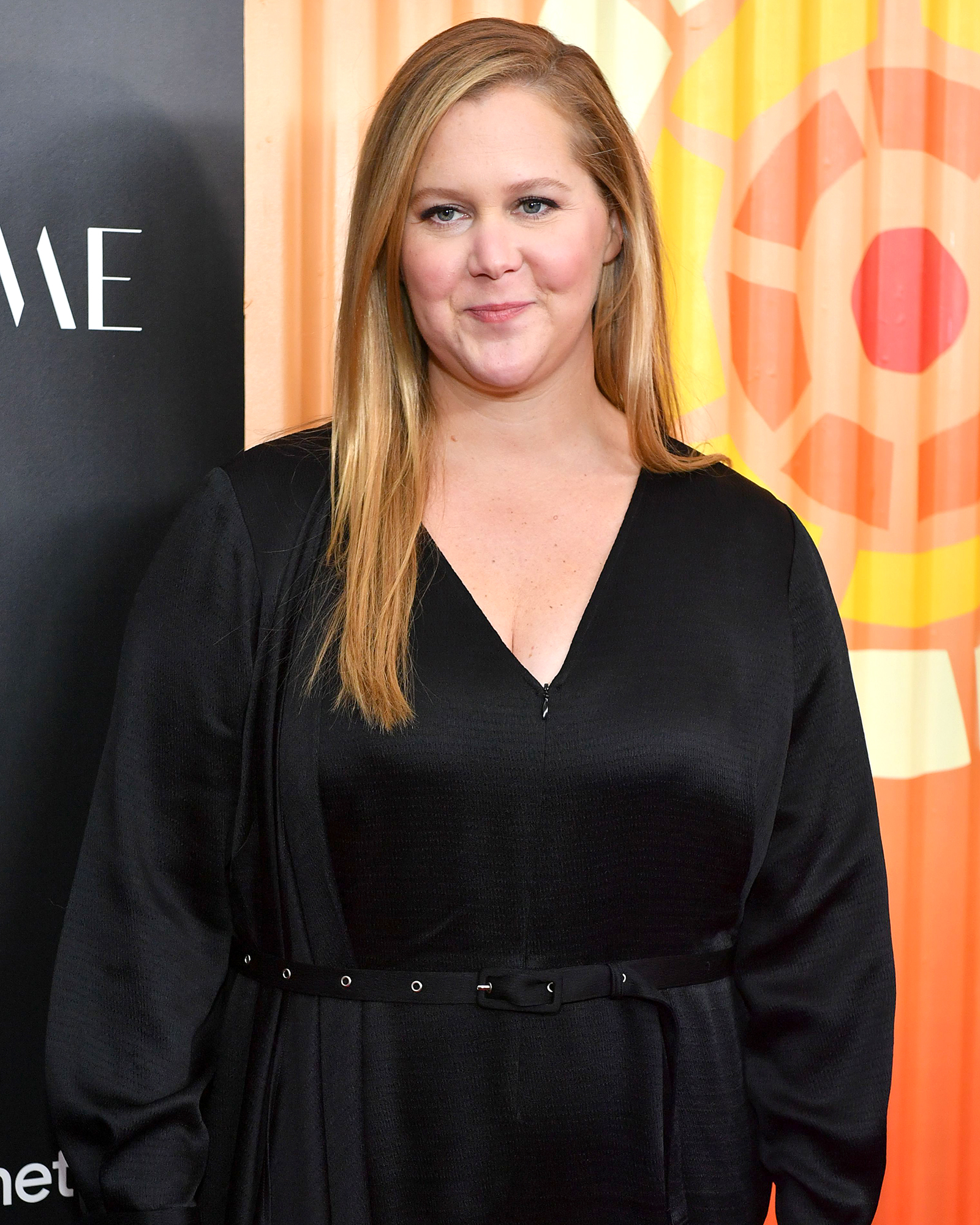 The I Feel Pretty star went on to share footage from her egg retrieval process later that same month.

Schumer had a tough first pregnancy after being diagnosed with hyperemesis gravidarum and detailed the experience via social media, from hospital visits to canceled stand-up appearances. “All I can do is stand up and puke right now,” the then-pregnant star wrote via Instagram in November 2018.

Us Weekly broke the news in February 2018 that she and the Beetlebung Farm Cookbook author tied the knot in a surprise wedding.