Despite being on desk duty for months due to her pregnancy, Maryland firefighter Megan Warfield took the call to action when she saw someone was in peril. They say adrenaline is a powerful epinephrine, but that combined with innate bravery from being a firefighter, was a recipe for an incredible story.

Earlier in Oct, Warfield found herself in a multi-car collision, and while she was overall fine, it induced labor contractions. However, Warfield saw someone who was in a horrible situation, and she couldn’t help but run to the rescue.

Without hesitation, Warfield ran to help a woman trapped in their car. “I started to climb in there with her, but then I was like, ‘What are you doing? You’re nine months pregnant,’” Warfield told TODAY Parents. “I ended up holding onto her to keep her in place because I wasn’t sure of her injuries at the time. It was also important that I keep her calm. It was a pretty traumatic event.”

Not only did she end up rescuing her, and keeping her calm throughout it all, but her boyfriend Joshua Daugherty was one of the first responders on the scene to help with everyone.

Once the woman was taken care of, Warfield focused on her situation, making her way to the hospital. And within less than 24 hours, her and Daugherty ended up welcoming their daughter named Charlotte. The two also share two more children named Ellie, 6, and Jameson, 5.

And that is literally the most epic birthing story we may have ever heard. 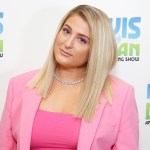