Potty training requires lots of patience, and once you’ve gotten your little one out of that phase, it’s likely that you don’t want to go back to changing diapers — at least for a while. But when the kid whose diaper needs changing is the dear daughter of a friend, do you still hold on to your “no-diapers” rule? One Reddit mom is confessing that she’s refused to babysit for a little girl — who has had playdates with her own potty-trained daughter — because she’s still rocking a diaper. 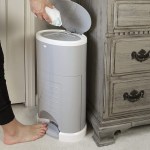 The mom took to Reddit‘s AITA forum to explain her dilemma: “So, I have a 4-year-old, my friend has a 4-year-old. The kids get along great. We used to hang out a lot before COVID, then when it hit it became a lot of face-times and outside hanging out, like going to the park or something.” They were hanging out often, the original poster (OP) says, a few times a week.

When the mom asked the OP to watch her daughter twice a week through the summer, the OP agreed. At drop-off, there was the baby’s bag with a change of clothes, a bathing suit, and … diapers!

“I had no idea her kid wasn’t potty trained,” the OP writes on Reddit. “I know I shouldn’t assume, but I did. I didn’t even really think about it, I just figured she would be. Well, she’s not. And I just can’t do it. It sounds awful, I know, my kid was potty trained before age 2 because I just hate it.”

The OP notes that she doesn’t “expect every kid to be done potty-training before two” — but even so, she rescinded her babysitting offer.

“I told her I couldn’t babysit anymore, that I would give her a little time to find someone new. She of course asked why and I told her. She called me all sorts of names, told me I’m too judgmental. I don’t think that’s true, I don’t really care if your kid is potty trained… I just don’t want to be the one changing the diapers. I didn’t leave her high and dry, I did tell her I could for a little while while she found a new sitter.”

The OP also thought it was important to mention that her friend’s daughter is “neurotypical, has no delays or issues,” but she still wonders: “AITA for refusing to babysit a 4-year-old because they are still in diapers?”

Reddit commenters overwhelmingly agreed with the OP, like ScubaCC who said, “A four year old’s diapers are so much grosser than a baby’s diapers because they poop like regular people. No way. I hate changing my own toddler’s diapers (particularly after yesterday’s horror show, I’ll spare you the details) so I’m not changing someone else’s.”

Reddit user AgainPaintedInky chimed in, “She knew perfectly well her kid not being potty-trained was a problem. She hid this information from you on purpose to get you to agree, then sprang it on you when she thought she had you. You did not create her childcare problem here, she did.”

Another commenter deals with kids for her work, so she’s seen her fair share of toddlers in diapers. “I’m a babysitter and a nanny. I don’t even assume this anymore. When I first started babysitting most 3-year-olds were potty trained. Now? If I take a job for a 3-year-old I just plan to change diapers. The line keeps getting pushed back and back. If I’m talking to a potential client of a 4-year-old, I will ask if they’re potty trained or not. I’m not even joking when I say most of my 4-year-olds are in pull ups.”

Still, one person chimed in to ask other Reddit commenters to be aware of the fact that different kids have different potty-training schedules.

“I’ll argue with [this] solely because my kid wasn’t potty trained until she was 4 and not for a lack of trying. She just could not be convinced. (Granted, she may be on the spectrum and we’re currently going through that whole process of assessing.) And yes, we asked both pediatricians and psychologists about it. Some kids just flat out refuse and it’s not like you can force it.”

Indeed, kids potty train at all different ages and stages, and there’s absolutely no need for judgment on that front. But with that said, we do agree that the OP’s friend should have been open about her daughter not being potty-trained before asking OP to babysit. It’s a common courtesy — and possibly could have saved a friendship.
These celebrity moms make us all feel better when they share the highs and lows of parenting.