Kids are great, aren’t they? They say whatever they want with no filter and draw conclusions like they write for the tabloids. One Reddit mom got some first-hand experience in “kids say the darnedest things” at her daughter’s preschool — and while body-shaming women who’ve given birth isn’t OK, we think we can give a pass to these precocious preschoolers. 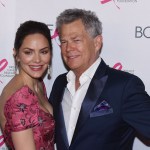 “Over the last week, I’ve been receiving a lot of smiles and congratulations. Mostly when I was passing by other parents at our daycare. It was strange; it was nobody’s birthday, nothing special. I just let it slide,” wrote Redditor KorryAnder in the Parenting subreddit. “Until I spoke to the daycare worker today, and she told me she was so happy for us. I asked her why and she looked shocked. She told me our daughter had been talking about her little sister in mommy’s belly. Our daughter told everybody who wanted to hear she was going to be a big sister.”

And you can probably imagine what was next.

“Problem is: I’m not pregnant,” she added. “When I asked our daughter about it she said: ‘Yes, you are, mommy; look at your big belly.’ I always thought I had a pretty normal belly, but thanks, love. She went to my in-laws’ this week, so I guess I have to make a call now.”

Just like Jennifer Garner setting the tabloids straight about her “baby bump” that was actually just a well-earned mom-bump!

Well, commenters chimed in with their own hilarious kids-say-anything anecdotes, and they honestly have us in tears.

“When I was little, I was in the room while my mom and grandma were both changing, and I asked my mom (while pointing at her boobs), ‘Why are yours pointy and Grandma’s are hang-y?’ I’ve never lived that one down!” wrote Mousewithacookie.

“My son, 5, asked me last week if I was pregnant. He just had a little brother….I’m his father,” said Formar42.

“My 5-year-old daughter brought a picture home and was explaining how she presented this to the class as ‘a picture of my daddy. He is pregnant with my new little brother.’ Maybe I’ve put on a few pounds,” said Mouth-stuff.

And there were more than a few comments suggesting that kids have a sixth sense about pregnancy.

“Are you sure you’re not pregnant?” asked Catpal97. “That’s how my mom found out she was pregnant with me. My older brother told everyone that his little sister was growing in his mom’s belly, and sure enough, there I was.”

KorryAnder added that she has definitive proof that her daughter doesn’t have pregnancy ESP, though.

“I see a lot of comments mention that these children are just really expensive pregnancy tests. Luckily nature told me I am not pregnant three days later. Last time I was so excited to get my period was when I was 18, I think.”

After all is said and done, though, mom bodies are normal bodies. Mom bellies are normal bellies. And, preschoolers aside, people really need to get over the fact that “bouncing back” isn’t a thing that really happens and stop body shaming women for having bodies that look like they’ve given birth.