The 1950s was a cute era if you’re into diners and the jitterbug, but the housewife trope, on the other hand, is a relic of the past — unless you’re this Reddit husband, who decided to punish his wife and three children by intentionally missing a day of work because no one ironed his clothes.

In a blood-boiling “Am I The A—hole” post written by the man’s wife, she genuinely wants to know if she’s TA in this situation. Buckle your vintage Bel-Air seat belt because this man’s ludicrous behavior is about to have us all traveling back in time — and not in a cool Marty McFly way.

The woman begins by sharing that she’s a stay-at-home mom of 3 kids, and her husband works as a pilot. She explains that she was doing laundry when her husband asked her if she could iron his uniform before his shift, writing, “I didn’t say ‘yes’ because I was busy (laundry then kids homework then cooking etc.). I said I may not find the time to do it. He turned around and walked away completely ignoring what I was saying.”

Okay so red flag no. 1, the man forgot he has working arms that he could use to iron his own uniform while his wife takes care of a laundry list of other household tasks, and red flag no. 2, he dismissed his wife before she could even finish her sentence. We’re off to a sterling start.

The woman continued, “An hour later, he came downstairs freaking out asking why I didn’t iron his uniform when he asked me to. I told him I was busy and reminded him of how I didn’t say yes to his request. He blew up saying that I obviously don’t care about him displaying ‘professionalism’ at work… [and] he lectured me about how his work is important and although I’m a sahm I still should make his job a priority.”

Gotcha, so red flag no. 3 is that he thinks he’s the center of the universe, and no. 4, he belittles his wife for his own laziness and lack of attention. But that’s not all, folks! The woman wrote, “He decided to miss his shift as a way to ‘teach me a lesson’ and show me how my lack of cooperation and my refusal to help him out could affect the money that keeps coming in. I called him insane for missing the shift, and he got offended and called me a hypocrite for calling him insane and acting all surprised when it was me who caused this situation to happen.” 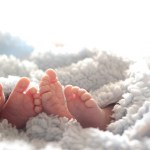 Let’s keep counting red flags for sh*ts and gigs: Red flag no. 5 would be the jerk intentionally missing a day of work solely to punish his family; no. 6 would be blaming his a—hole decision on his wife who simply didn’t have time to iron his uniform because she was busy with three other tasks; no. 7 would be him holding her hostage and lording his status as “breadwinner” over her, and no. 8 would be him insulting his wife further and again blaming her for his lunacy.

If you, too, are wondering why he didn’t just save everyone the headache and iron his clothing himself, his wife explains “I’m the one who usually does the ironing and he said it’s ‘on the list’ of my house chores.” Red flag no. 9: He gives her a list of chores like she’s a child and not his adult partner, and red flag no. 10, he demands that she stick to the list or else face his wrath. What a catch.

Redditers are also quite worked up about what a trash can the husband is, with one user writing, “NTA. Offer to call his boss to personally apologize and explain why he missed his shift. He didn’t go to work to teach you a lesson for not ironing his uniform.”

Another person commented, “No partner should ever be ‘teaching’ their spouse ‘a lesson.’ The only people I’ve ever heard use that language to their spouse are abusive and controlling.” Other users agreed, with one writing, “For me, anytime an adult says they are/want to ‘teach a lesson’ to another adult is a massive red flag and just cause to distance yourself away from them, if not to leave all together. It betrays a manipulative mindset where they think they have the right to try and control other people’s actions.”

The crown jewel of the comments section goes to this user, who cheekily wrote, “Attention passengers of Flight 123XYZ, unfortunately your flight has been cancelled because your pilot — while perfectly capable of operating a highly complex 450 ton machine — was not able to iron his work shirt, and therefore had to stay home to sulk. Our sincere apologies for the inconvenience.”

Someone yeet this man back to 1950 where he thinks he belongs.