Kids aren’t accessories. They aren’t cute little handbags or chic new shoes that you can show off at will — they are real, actual human beings that require love, commitment, and time. It seems obvious, but apparently not for this deadbeat dad on Reddit. He admitted to leaving his daughter after she was born, and now — 10 years later!!! — wants her back in his life for one main reason. To introduce her to his new girlfriend (so he doesn’t look as bad, probably).

In the “Am I The A—hole?” subreddit, a 29-year-old dad shared his story about wanting his abandoned 10-year-old daughter to meet his new girlfriend — and Redditors gave him a serious wake-up call about his awful behavior.

He started his post by complaining that he can’t find “unbiased opinions” in his real life, so he’s turning to the internet. Um, OK … have you ever thought that maybe YOU are the problem, sir? He shares that he had a baby with his ex-wife 10 years ago. “And there’s no real way to sugarcoat this but as soon as she was born, I left and I never ended up seeing her in the hospital as a baby,” he wrote.

Unsurprisingly, it gets worse. “Was never really present in her life at any point but ended up getting a divorce 11 months later with her getting full custody of course,” he said. Then he tries to explain his horrid actions: “I married young, was really stupid and thought I’d end up being a good dad despite no skills but got scared that I’d turn out like my dad and chickened out. Not really an excuse but an explanation I guess.”

At first, he tried to at least help out financially. But that didn’t last long either. “I paid child support for the first 3 years but stopped afterwards,” he continued.

So is anyone really surprised that when he decides to try to build a relationship with his daughter now, his ex-wife is hesitant? “I’ve been speaking with the girl’s mother about reconnecting with her, but she thinks it’s best that I stay out of their lives majorly,” he wrote. Duh! Your track record is honestly terrible. 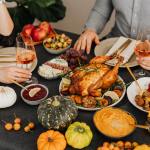 “But I think making amends is always possible so I’m not sure, I just really want to make things right but I will respect their decision,” he wrote, before writing exactly how he is not respecting their decision.

“I’ve seen her a few times but her mother has always introduced me as a friend. She says she will tell her when she is ready,” he continued. “I’ve been dating a girl (28F) for about 10 months, and I really like her. I think I could definitely see a life for us and I know that sounds weird but she’s also said the same. I was also speaking to my daughter’s mother about meeting this girl, but she says absolutely not and that’s a bad idea. But if I want to reintroduce her into my life isn’t it fair that she gets to see my life too?”

One-hundred thousand percent no. Your daughter definitely does not need to see any part of your life, no matter how pretty a picture you try to paint of yourself and your second chances. Your girlfriend may buy that B.S., but we aren’t. And neither is his ex-wife.

“AITA for this? Her mother says it’s a very bad idea, so it’s making me think I am but I just genuinely cannot see why,” he continued. “Obviously I care for this girl and I will care for her life too, but a relationship has to be two-sided I don’t think it’s out of the question to show her my life too.”

Reddit did not come to play with this loser. One top comment broke it down: “Right, we have two data points here: 1) This guy is completely disinterested in this child, and 2) This guy is aware that this reflects really, really poorly on him,” they wrote. “The obvious conclusion is that his only motivation here is to con this new girl into thinking he’s a halfway decent person — or at least, not someone who will do to her and her potential child what he did to his ex and hers. The fact that he’s clearly only interested in the child as a human prop to deceive his girlfriend, and doesn’t register the emotional harm that would do to the child, pretty solidly indicates that he likely would do it again.”

Another said, “Quit being a selfish a**hole and leave this poor child alone. You can’t even support her financially, but want to talk about fairness?” Seriously — I don’t remember reading that he has resumed those child support payments, either…

“Sounds like OP owes 7 years worth of child support before he gets any say,” another wrote. “After that, it’s still going to be a long ‘prove it’ that he’s serious about being in the kids life.”

A professional even weighed in. “I work in child safety and we see some of these same patterns. As soon as we hear about an abusive dad trying to reintegrate with the family, that’s usually the reason why,” they wrote. “He’s found a new victim/girlfriend/wife, she wants to know why his paycheck is getting garnished, or she wants to meet the kid. AITA just mostly gets the guys one half step up.”

Another said, “Yup, we can see the part he cares about is getting what HE wants in terms of what will make HIM feel good. He doesn’t want to reconnect with his daughter for his daughters sake, or even really for his own sake. It seems like he kinda sort of wants to have a part in the girl’s life, but his main focus is getting to introduce his girlfriend.”

“OP, you flat out don’t get it,” someone else said, before serving up the truth. “Your motives are selfish. You talk about bringing her into your life like she’s some emotionless doll that’ll be placed where you want her. Before you throw her life upside down, learn about it. Learn what makes her feel safe, and loved. What are her hobbies? What does she want to be when she grows up? What’s her best friend’s name? How does she feel about school?”

They continue, “You need to be seen as a true ‘family friend’ before you try to shake the foundation her life has been built upon. Make sure you never interrupt the sense of safety she has with her mom. Her mom knows her and you need to defer to her judgment.”

“If you genuinely want to be in her life, GO TO THERAPY. You owe it to this child to fix what’s been damaged by your father’s legacy. Learn to ask yourself if every ‘want’ is also what this child needs,” they concluded.

Couldn’t agree more. But something tells us this bag of bones won’t want to put in the effort to actually try to be in his daughter’s life if he won’t get anything out of it. A genuine relationship is apparently not worth it. He just wants to look good for his new target — er, girlfriend. Good for the ex-wife for sticking up for her daughter! Hopefully the new girlfriend will run far away from this manipulative man before he can do any more harm.