When one of my kids says a new word or phrase, I think, where the fudge did they learn that from? Then, of course, it’s a battle to not laugh or smirk or react at all, because then they will repeat said word over and over again to get a reaction. This parenting stuff isn’t for the weak (or those who can’t keep a poker face!). This parent on Reddit is totally going through it right now with their 3-year-old. She picked up a new favorite swear word, and her parents are going to lose their f’ing minds!

In the Parenting subreddit, a parent wrote about the fun new thing their daughter has taken to saying lately. And as a mom of a 3-year-old, I’m laughing and crying reading this.

“Okay, so the first few times we weren’t sure we heard her right and ignored her. (She makes up words on purpose a LOT),” they wrote. “Then while she was brushing her teeth, she clearly said to her reflection, ‘That’s SO fucking!’ Followed by a cute fairy giggle.”

At this point, I would have lost it. That is so freaking adorable! She’s just dropping the f-bomb and giggling away during her nightly teeth-brushing routine. Honestly, it’s genius self-care.

Her parents didn’t quite think it was that funny though.

“Parent reaction: completely ignored and coped silently,” they wrote. OK, fair enough. But unfortunately, it didn’t stop. (Because 3-year-olds only tend to forget things when it’s convenient for them.) 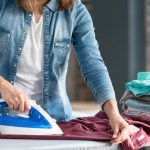 “A few weeks later, she’s said similar during moments of frustration, maybe twice,” the parent continued. “Again, we’re literally acting like we don’t register or are distracted for a minute so there’s no ‘accidental’ response due to timing.”

If you’ve never acted like you didn’t see or hear something your kids did so you didn’t have to punish them, just you wait. It happens to all of us! They wanted to use ignorance as a tool, but it just didn’t work (does it ever?). So now, they’re turning to Reddit.

“What else can we do to nip this in the bud?” the parent continued. “It’s still hanging around and I’m getting a bit nervous she’s going to bust that out and we’re going to have a social problem on our hands. She’s not at the language level where we can sit and have a discussion that’s fully understood.”

Can you imagine her saying “Happy fucking birthday” to Grandma or tell her teacher about her new favorite word at school? It’s so disastrous and hilarious.

Redditors offered some helpful tips on ending the potty talk.

“Just ignore it completely. Every time my toddler learns a curse word, we don’t even acknowledge it. Within a couple days she forgets about it,” one person said.

Another suggested subtly switching gears. “Just insist she’s mispronouncing ‘faking’ or ‘ducking’ or any other word that’s similar,” they wrote. “’What? That’s not a word. Did you mean “bucking”? So-and-so taught you that word? They got it wrong, it’s “bucking”.’ It’s worth a shot.”

Others suggested being direct. “Just explain to her that it’s not acceptable for her to say. For us, curse words are ‘adult words’, and that’s how we always phrased it,” one person commented. “If you pretend to be frustrated with it, that may backfire and make her want to continue to say it. Just be very direct and say ‘we don’t say that word, okay’.”

At the same time…there’s nothing wrong with a little colorful expression — as long as its not hurting anyone else.

“Generally against stigmatizing non-slur words no matter what age children are, instead teaching them appropriate times/places to use them to express themselves,” one person wrote.

Hey, being 3 is f’ing hard. Let her have a little fun!