When you become a parent, and welcome this whole new human into the world, you then get walloped by the joy and terror of watching your kid grow into an entire person beyond your control — which can give you a whole new sense of empathy. That inherent parent empathy is why we’re so baffled by parents who fail to show unconditional love and support to their kids when they come out as LGBTQ. You know, the parents who are completely unlike Jamie Lee Curtis, Dwyane Wade, Charlize Theron, Magic Johnson, and the other celeb moms and dads we’re applauding here. 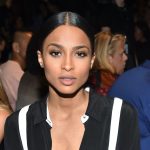 Some of the famous parents we list here did not surprise us in the least with their wholehearted support of their kids. It wouldn’t make sense for, say, Cynthia Nixon to suddenly appear transphobic when it comes to their children. When it comes to professional athletes like Wade, or fellow basketball legends Magic Johnson and Isiah Thomas, though, we’re a bit more impressed. Not that we were aware of any prejudices they had previously, of course. It’s just that the NBA is not a place that’s traditionally open about such things. When fans and fellow players see these icons step up to promote their kids’ rights to be themselves, we hope others can follow suit.

Each of the parents listed here has said something awesome about their kids. Browse through their quotes and you might feel equally uplifted about the world.

A version of this story was originally published in February 2020.