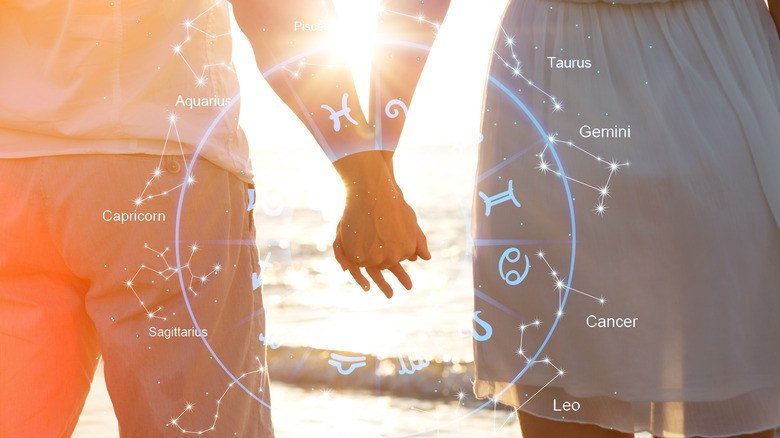 When it comes to horoscope compatibility — whether it is referring to a romantic pairing, a friendship, or even a parent-child relationship — it’s not only the sun sign that determines how well you and your nearest and hopefully dearest are destined to get along. Your rising sign also plays a large part in your personality, as does your moon sign, and Astrology Answers tells us that the planetary aspects surrounding the 3rd, 7th, and 11th houses of your birth chart also map out the course of your relationships.

That’s a lot of ground (or heavens) to cover, but the fact remains that your sun sign is still a large part of who you are, and you’ll have a natural tendency to get along better with those whose signs are simpatico with yours. Many astrologers have a tendency to match up signs with a similar element: water with water, fire with fire, etc. Some of the best relationships, however, are ones where your partner (friend, child, etc.) is coming from a completely different place, and their fresh take on things can push you to grow beyond your limits. Each one of these out-of-element pairings makes for one of the zodiac’s most compatible combinations.

Aries and Libra: fire and air ignite to form sparks 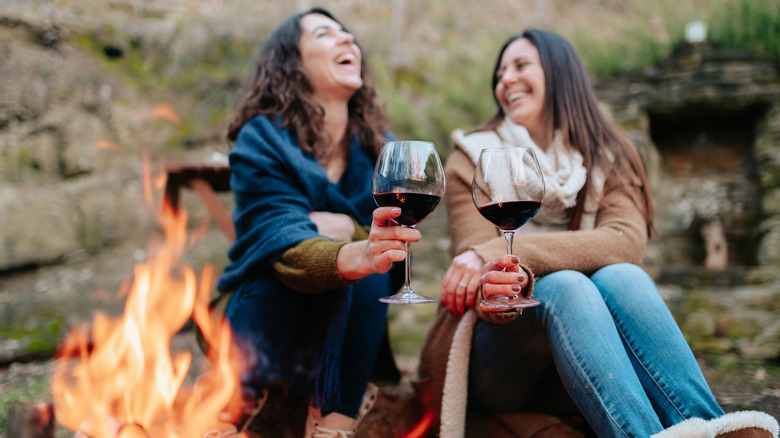 Aries are impulsive, even impetuous, as befits their status as the first sign in the zodiac as well as one whose symbol is the ram. While they may try to “batter” their way through life, at times they need someone to balance them out, and no-one does balance better than a Libra, Libra, a sign whose symbol is the scales, is all about restoring harmony. They see all sides, appreciate all perspectives, and they would never, ever try to change their beloved Ram (an effort that would be doomed to failure). What they can do, though, is to help calm down their fierier partner. What Aries can do, in return, as Stylecaster implies, is to help the occasionally wishy-washy Libra stiffen up their spine and actually dare to make a move without spending an eternity weighing all the possible the ramifications.

Astrologer Colin Beddell, speaking with Brides, agrees that Aries and Libra get along like, well, Mars and Venus (which just so happen to be their ruling planets). In case you’re not up on your Roman mythology, the National Gallery reminds us that this divine duo were very good friends, indeed. Bedell compares this coming together of a fire sign and an air sign to striking a match, and says that it could make for “an unstoppable blaze.” (Better put fresh batteries in the smoke detector!)

Taurus and Cancer: earth meets water, like the banks of a gently-flowing river 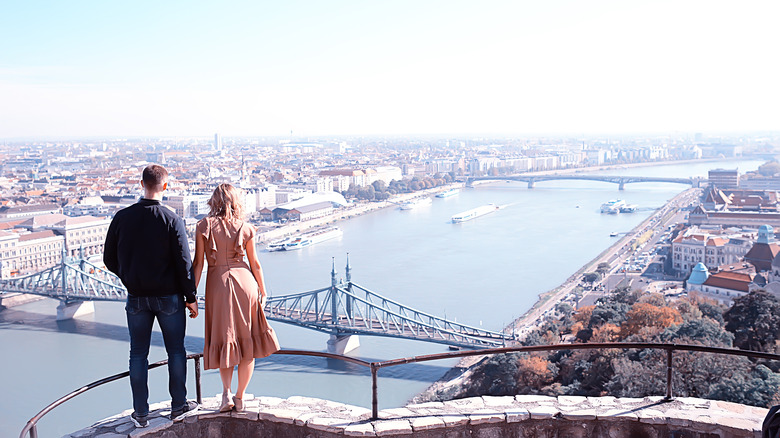 Taurus is an earth sign and Cancer is a water sign, but for all their differences, Self says the two of them aren’t so very far apart. Both of them are homebodies, both love to take care of other people, and both appreciate the simple pleasures in life: good friends, good food, and congenial surroundings. The ideal Taurus/Cancer love nest would, of course, include a garden, perhaps one with a nice water feature.

As to what makes this couple so special, it’s because Taurus is all about protecting others, while Cancers long for security. The Crab can sometimes be afraid to trust others and inclined to retreat into their shell, but if there’s anyone that can earn and keep that trust, that would be rock-solid, super-steady Taurus. A loving Bull will want nothing more than to wrap their arms around their own dear Crab, claws and all, and hold on for dear life, and Cancer, in turn, will be perfectly happy to hold on in turn and never let go.

Gemini and Sagittarius: another air/fire pairing 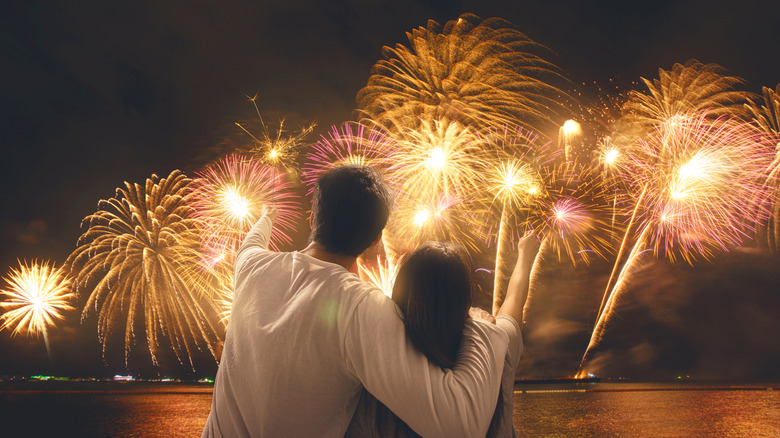 Gemini may be air and Sagittarius fire, but they both have so much in common. Both signs are super-gregarious, the life of any party, and never met an adventure they didn’t want to go on  immediately, if not sooner. Geminis tend to be talkers, while Sagittarians are doers, but both of them are all about exploring new horizons: intellectual, emotional, and physical.

Another thing both signs have in common is the fact that both of them may chafe a bit in the bounds of a conventional relationship. Each sign, while capable of loving another partner quite deeply, needs their space and freedom. Partnered together, neither will be yoked to a sign that “just doesn’t get it.” With Sagittarius’ open-mindedness, together with Gemini’s unparalleled communication skills, there’s a good chance this couple will be able to “form a more perfect union,” with liberty, and justice, for all — or at least, for both parties involved. Plus, as Brides puts it, there will be sure to be plenty of fireworks (the good kind)!

Leo and Scorpio: opposites attract in this fire and water combo 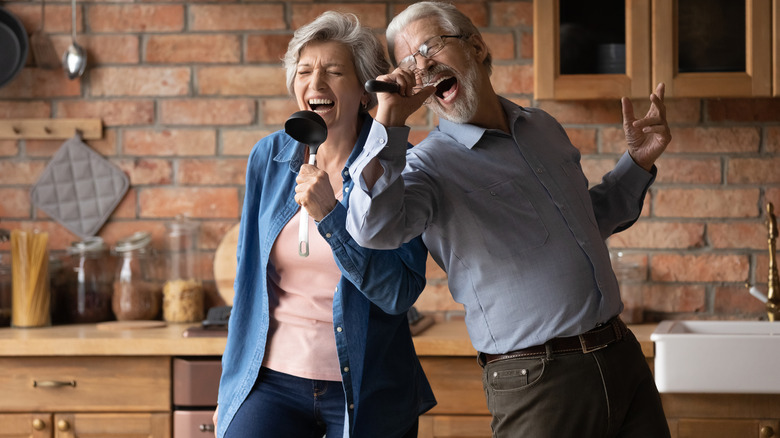 While fire and water usually cancel each other out, that is not the case with this unusual pairing. Scorpio, after all, is not your typical water sign. While Cancer and Pisces can be gentle and sweet, these are typically not the terms that spring to mind in describing a Scorpio. If Cancer is a tide pool and Pisces a rippling stream, Scorpio can be more of an underground river running through a hidden grotto.

Grottos, and rivers (underground or otherwise) aren’t exactly a Lion’s natural territoty, though, so what could Leo and Scorpio possibly have in common? Both are complex, and can be prone to drama, although Leos are more open while Scorpios keep things on the down-low. Still, both signs have an intuitive kind of understanding of what makes the other tick. Stylecaster says Scorpios provide encouragement when their volatile Leo partner’s energy starts to flag, while Leo can help the a slightly-too-intense Scorpio lighten up a bit and have some fun.

Virgo and Pisces: another low-key earth and water mix 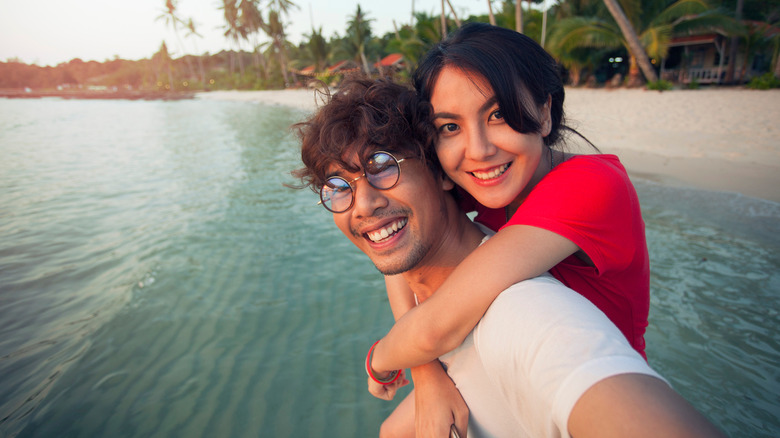 Virgo is an earth sign, but, unlike Taurus, they aren’t all about livin’ la dolce vita. Instead, they are more into rules and regulations and doing the right thing: getting 8 hours of sleep, eating a healthy diet, and washing behind their ears. Not surprisingly, Virgos can be a bit tightly wound and prone to stressing out. That’s where a kind, gentle, go-with-the-flow Pisces can provide some loving support. What Virgo can do for Pisces, however, is to bring their dreamy, otherworldly friend back down to earth when necessary.

Colin Bedell tells Brides that Virgo and Pisces actually share a common goal, that of making the world a better place. Spiritual Pisces is the one with the vision, but practical-minded Virgo can take care of all the details necessary to put the plan into action. When the two work together, they really are capable of pulling off miracles, not least of which is the transcendent love they bring into each other’s lives.

Capricorn and Aquarius: earth and air make a surprising pair 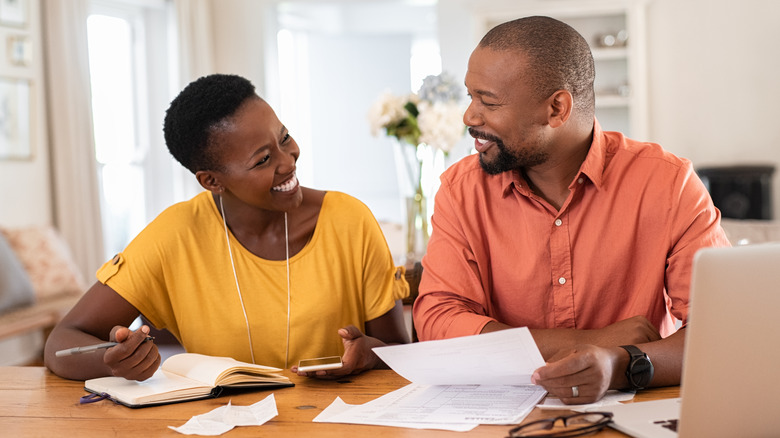 If you read through a description of the signs of the zodiac in order, it often seems like the signs “next door” to each other couldn’t be more opposite. Contrast fiery, impulsive Aries with slow and steady Taurus or social butterfly Gemini with moody Cancer and you’ll see what we mean. At first glance, it seems tradition-loving Capricorn and way-out Aquarius couldn’t possibly find any common ground.

Oddly enough, though, this twosome matches up much in the way that Pisces and Virgo do. Aquarians are all about big-picture thinking, coming up with one wild idea after another, but all of these ideas are meant to benefit mankind so they’re coming from a good place. Practical, pragmatic Capricorn may not be sold on the grand scope of Aquarian thinking, but they are willing to tackle any task and more than capable of putting in the hard work necessary to turn Aquarian scheming into achievable real-world goals. As YourTango explains, Aquarius the air sign gives Capricorn the lift they need to get off the ground, but earth sign Capricorn provides an anchor that keeps Aquarius from soaring off into the stratosphere.