For celebrities like Tom Hanks and Rita Wilson, Kid Rock, and Gayle King success pales in comparison to their role as grandparent, even if some opt for more creative titles than “grandma” or “grandpa” within their famous families: Mick Jagger of The Rolling Stones goes by “Mick,” Kris Jenner is referred to as “Lovey,” and Susan Sarandon’s granddaughter has nicknamed her “Honey.” It may also not surprise you that such unconventional grandparents aren’t spending time knitting or baking cookies — they are running global empires, traveling the world, creating art, and some still have time for romance (We’re looking at you, Goldie Hawn and Kurt Russell!). If that’s not “grandparent goals,” we don’t know what is. 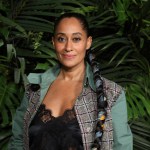 In case you didn’t realize it, grandparents are getting cooler by the day — according to a study of 1,500 people conducted exclusively by Good Housekeeping, grandparents don’t want to be seen as “old.” In fact, the research found that 68 percent would describe themselves as “cooler” than their own, while 81 percent believe that social media makes them closer with their grandchildren (with their habits increasing since the start of the COVID-19 pandemic). The study also pointed out that many grandparents have taken on the full-time task of raising their grandchildren. In other words, expectations of grandparents have evolved way past rocking chairs and bingo.

OK, we are officially inspired. Read on for a compilation of celebrity grandparents who defy their age in body, mind, and spirit.