The final stretch! Pregnant Hannah Ferrier is ready to meet her “little princess” — but is showing off the little one’s sonogram in the meantime.

“Is she not like the cutest baby you have ever seen in your life?” the Below Deck alum, 33, gushed to Bravo on Monday, August 24, while holding up a framed ultrasound photo. “I’m like, ‘Oh, my God, look at her nose!’”

While the former reality star would have been content with having a son on the way, she “was really, really happy” when she found out she and her partner, Josh, are expecting a baby girl.

“I think as a woman, your firstborn, it’s so nice to just have a little girl, like your little princess,” the Aussie explained. 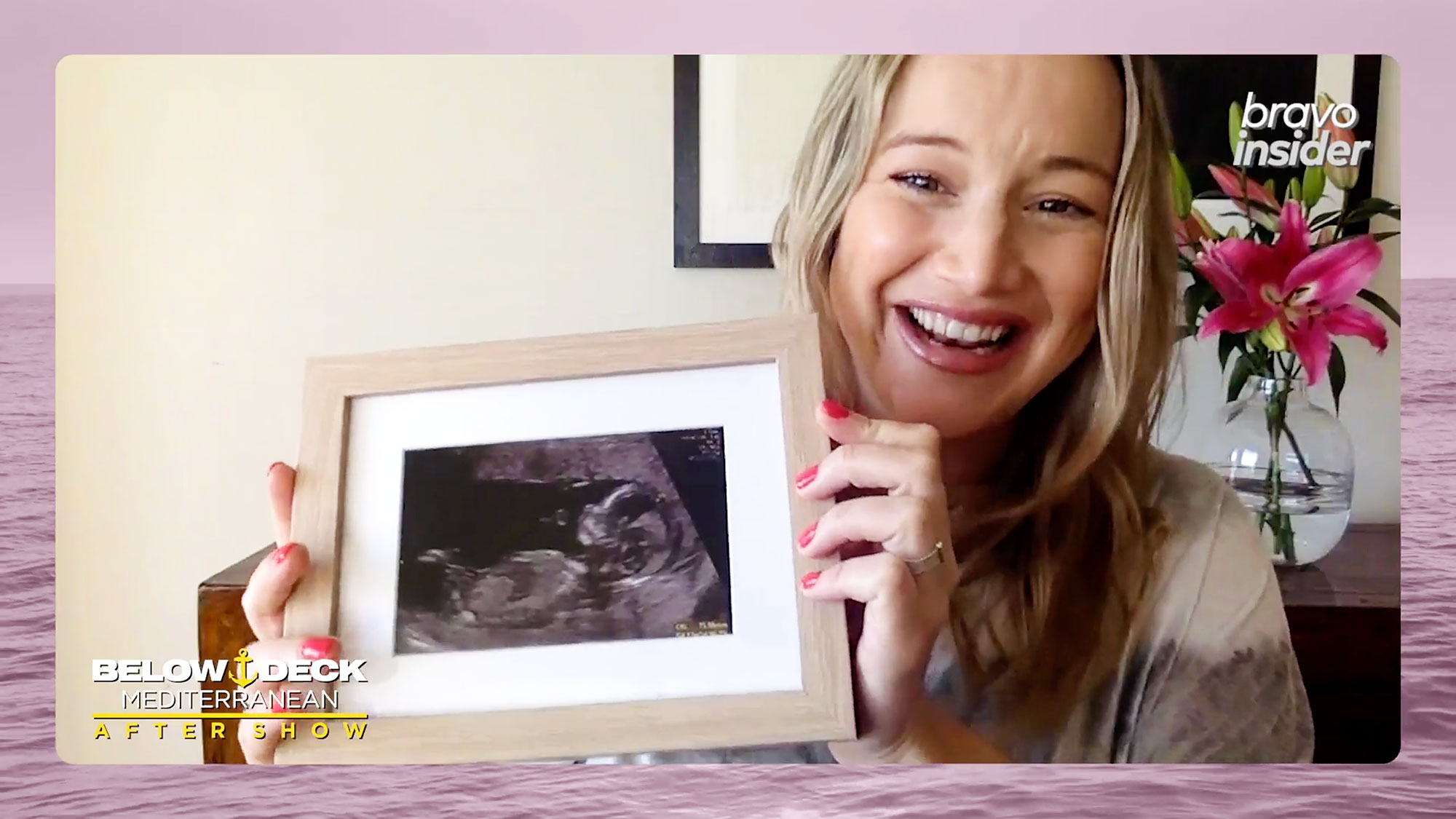 Ferrier announced in June that she is pregnant, and Josh has been spoiling her throughout her journey. “I actually got a little teary the other day because I think I’ve really enjoyed my pregnancy journey so much because of him,” she gushed on Monday. “He’ll get up at like 3 a.m. and go and get me cereal. Or if I decide the shirt I’m sleeping in isn’t comfortable enough, he has to go and find a specific one in the laundry. He just does everything without batting an eyelid.”

Even though “a big part” of the mom-to-be is “scared” of giving birth, she knows that the experience will be “worth it,” adding, “It was so funny because before I fell pregnant, I was like, ‘I’m having a C-section and I’m bottle feeding.’ And now I’m like, ‘I’m having a natural birth, and I’m breast-feeding.’ I don’t know, I think things just change.”

After her work as a chief stewardess, the Bravo personality feels “100 percent” prepared for motherhood — and it doesn’t hurt that she helped out at her mom’s daycare as a child.

“People are like, ‘Oh, it’s the hardest thing, and you’ll be so sleep deprived,’” Ferrier told Bravo’s Daily Dish in June. “I’m like, I just cannot see it being any harder or any more sleep deprived than a season of Below Deck Med, that’s for sure. If you ever want training to be a mother, then you should probably go and work on a superyacht for a few years, because I think it’ll be a walk in the park compared to that.”