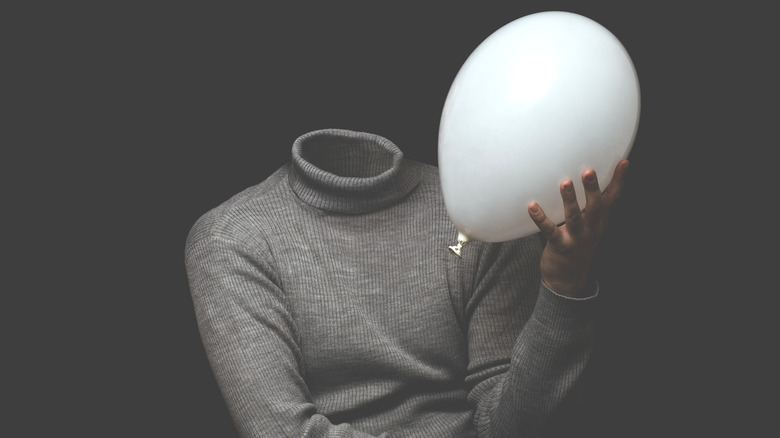 The everyday world, as most of us experience it, is in full living color. Even most people who are so-called “color-blind” do see colors, they just lack the ability to distinguish between certain shades. According to CooperVision, there is a condition called monochromacy or achromatopsia where people only see in black, white, and shades of gray, but it is a vary rare condition, only affecting about 1 out of 33,000 people. For those of you playing along at home, that’s 0.003% of the population.

When it comes to dreaming, however, The New York Times reports that nearly 12% of us experience a monochromatic world behind our eyelids. Hmm, that’s kind of weird. Why would all of the people, places, and things we see in our daily lives and/or our wacked-out imaginations suddenly lose all color when they appear in a dream? Science, of course, has the answer, but it might not be one you’d expect.

Most black-and-white dreaming is TV-related 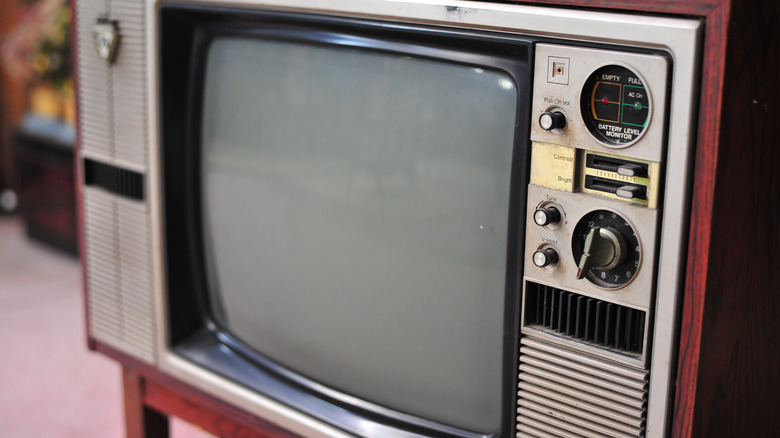 A 2008 study about dreaming that was published in the journal Consciousness and Cognition (via National Library of Medicine) has some very interesting findings. According to the results, as described by The New York Times, the study involved two separate age groups: Participants aged 25 and under and participants over 55 years of age. Both groups were asked to record the color of their dreams in dream diaries, and while the former group reported that they rarely, if ever, experienced black-and-white dreams, the latter reported grayscale dreams about one out of every four times they slept.

The difference? While researchers couldn’t know for sure, they found it telling that these dreams occurred far more frequently among people who had very likely watched a lot of black-and-white TV shows and movies in their younger days. This seems even more likely when viewed in the light of past research, which showed that in the 1940s, fully three-quarters of the U.S. population seldom dreamed in color at all. Who knew that TV and movies would have more of an effect on our dreaming minds than the ordinary objects we see in our day-to-day lives? And yet, oddly enough, this very much appears to be the case. What would be really interesting to know, however, would be whether before there was such a thing as black-and-white film, did everyone dream in color then, too? Without time travel, we may never know.

Black-and-white dreams may reflect the past 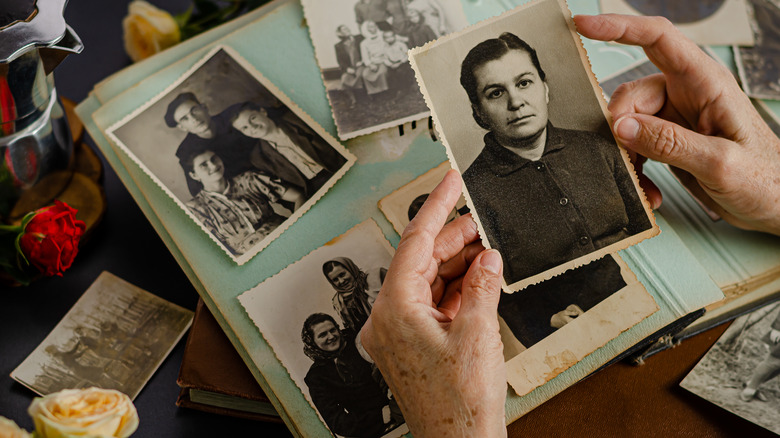 While the research that’s been performed on dream color does suggest that youthful exposure to monochromatic media — or, perhaps more to the point, lack of access to the technicolor kind — may be a leading cause of black-and-white dreaming, not everyone who experiences a color-free dream grew up before color televisions became a staple in every home. If you’re still relatively young (or young-ish) and you dream in black and white, does that just mean you’re addicted to watching old movies on TCM?

AuntyFlo suggests that the dreaming in black and white may, in fact, have a symbolic meaning. They say if you actually dream that you are in a black-and-white movie, or else you dream of faces from your past appearing in black and white as if they were pictures in some old-timey photo album, this could be indicating that you have some unresolved issues from your past and a lesson yet to be learned.

Black-and-white dreams may be trying to send a message 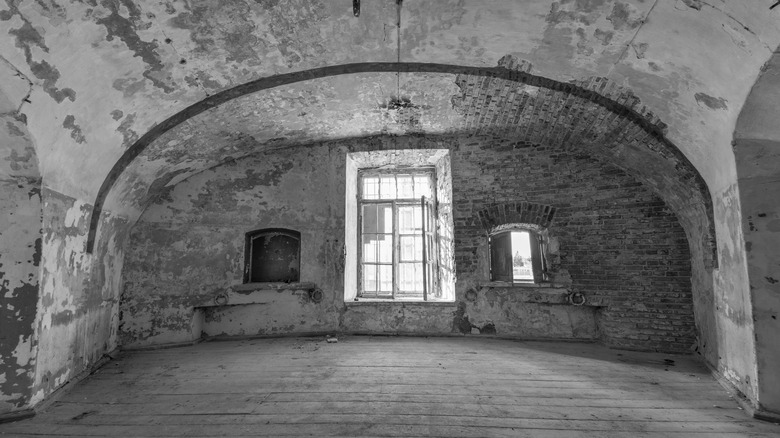 A black-and-white dream may be meant to indicate a problem in your present, rather than one that lies in the past. According to Crystal Clear Intuition, it’s possible that the black-and-white world you’re dreaming may be an expression of how you feel in your waking life: As if you are trapped in a world not of your making, and you’ve given up your freedom of choice to play by someone else’s rules.

Could it be that you’re in a controlling relationship? Do you feel as if you’re being stifled by your job? Are you frustrated with any of your friends or coworkers because it seems like they are taking advantage of you? Whatever the issue that’s troubling you, it may be time for your conscious mind to take a closer look and determine exactly where the trouble lies. That way, you can make the necessary changes that will have you back to living your life (and your dreams) in full color again.

Black-and-white dreams may indicate a lack of emotion 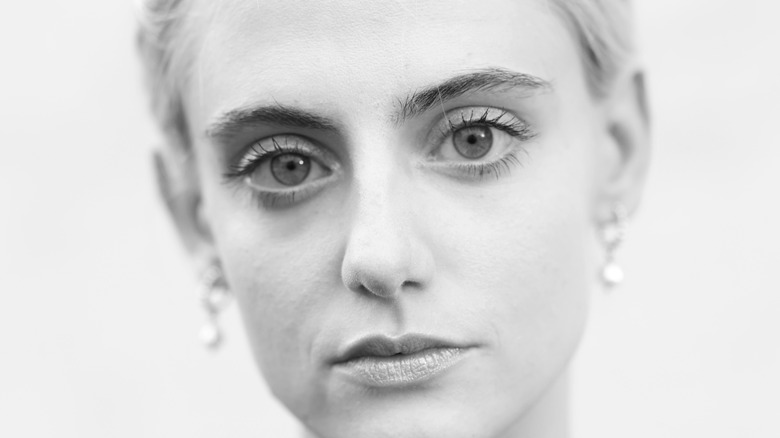 Yet another reason you may experience a black-and-white dream is because either the dream, or you, are drained of emotion. Crystal Clean Intuition indicates that whatever you’re trying to process in that dream may be too much for you to handle, so your subconscious is painting it in black and white so as to allow you to feel more detached from it.

You could also be dreaming in black and white because you’re kind of wrung-out, emotionally speaking. Maybe you’ve been through a lot of stuff, and you just can’t take any more heavy-duty feelings. Your brain is giving you a bit of a break, running black-and-white images past you that you can just sit back and watch without having to feel any emotional connection to. It could also be that you are more of an analytical type and you process your feelings while you’re awake, so you don’t really need your dreams to do any heavy emotional lifting for you.

What if your dreams are only partially black and white? 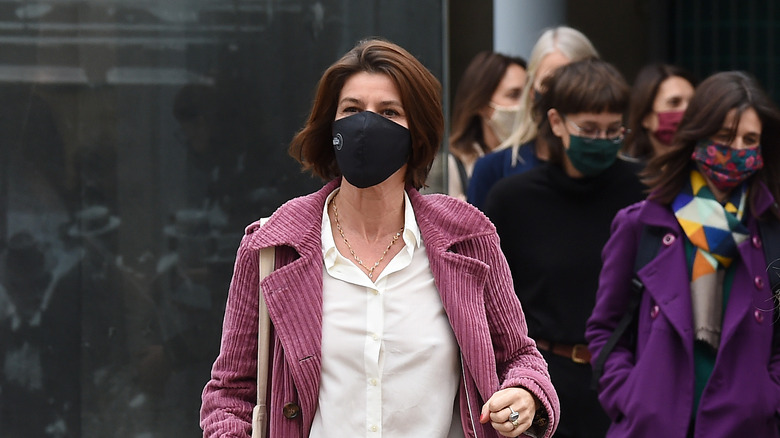 What if you’re having one of those weird dreams where it’s partly in color and partly in black and white? This could be significant, too. If you dream that you yourself are black and white, moving through a world of color, AuntyFlo says this could be a sign that you’re out of step with those around you. Since you are the one appearing in monochrome, even your subconscious agrees there’s a chance that you could be wrong and you may well need to change your thinking, or even consider compromising some of your rigidly-held views so you don’t lose your connection to your friends and family.

If, on the other hand, you’re in full color but you’re moving through a black-and-white world, you may have a secret hankering to be an artsy movie director. Either that, or it’s possible that you find yourself in a somewhat stifling environment and it’s time for you to move on to greener (not to mention redder, yellower, and bluer) pastures.