Don’t get me wrong, I love celebrating dads. But I’m a single mom, and my kid’s dad has spoken to him on the phone twice in the past year, and he just refused my offer to speak to our son this coming Father’s Day… Oh, and my own dad died when I was a teenager. So, sure, maybe I’m something of a Father’s Day grinch? But I’m certainly not alone; it’s complicated holiday for so many of us. That includes those hoping to be fathers, those with strained relationships with their fathers, those whose fathers are no longer in the picture or never were…and plenty more.

But perhaps the most bummed-out group every Father’s Day are those of us who have lost our dads — the #DeadDadsClub, if you will. Yes, it’s a real hashtag (and no, it was not “created” by Meghan McCain, but she did give it some more use!). See, look:

Whether our dads passed away this year or decades ago, spoiler alert: It still sucks, especially on this here upcoming June holiday. And part of what sucks so much is knowing how far we, the daughters and sons, have come: how hard we’re working, and how seriously badass we are right now as adults — and knowing that our dads will never get to see any of that. All we can do is rest assured that somehow, Dad knows — and he’s proud. Or at least he’s proud that we’re no longer unreliable teenagers sneaking into the house at 1 AM with our boyfriend named Clayton. (Sorry, Clayton; my dad liked you, I promise).

In honor of the glorious dark day that is Father’s Day, we reached out to women (and, okay, one dude) across the country who are dealing with yet another June “celebration” without their dad this year. And we asked them: If you could talk to your dad today, what’s the one thing you’d tell him?

For me, it would probably be some combination of OMG POP YOU DIED BEFORE THE BEST AND WORST PRESIDENTS OF ALL USA EVER HOW COULD YOU and I miss you so much, but I know you’re here with me — and every time your grandson makes a goofy-winky face, I see you, right there, alive again. 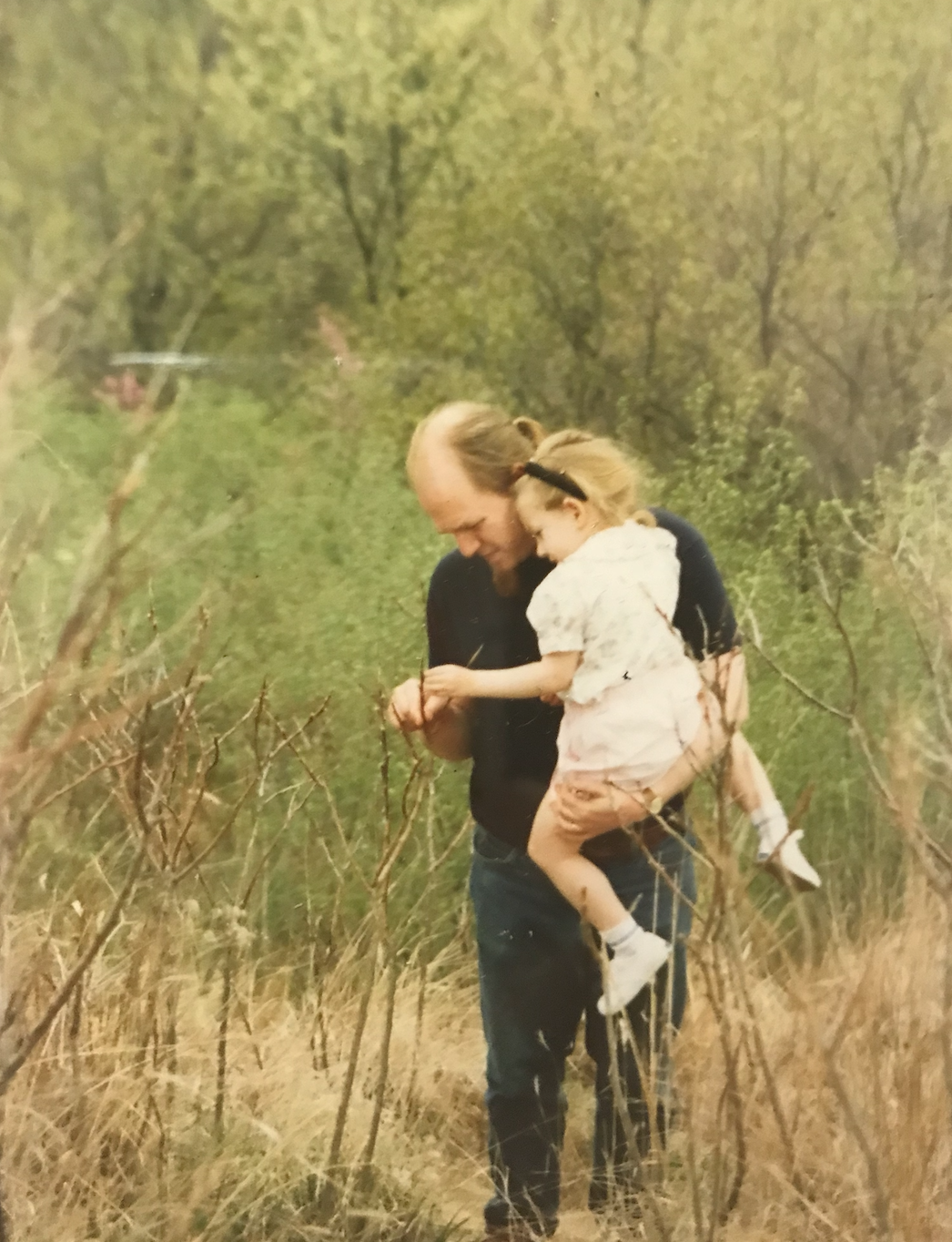 Here’s what some other #DeadDadsClub members said. 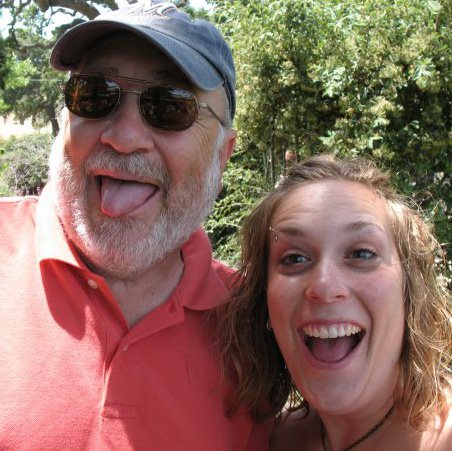 “I try to live in honor of you. I wish you could have seen me grow up.” – Kate M., bassist, Nashville Symphony 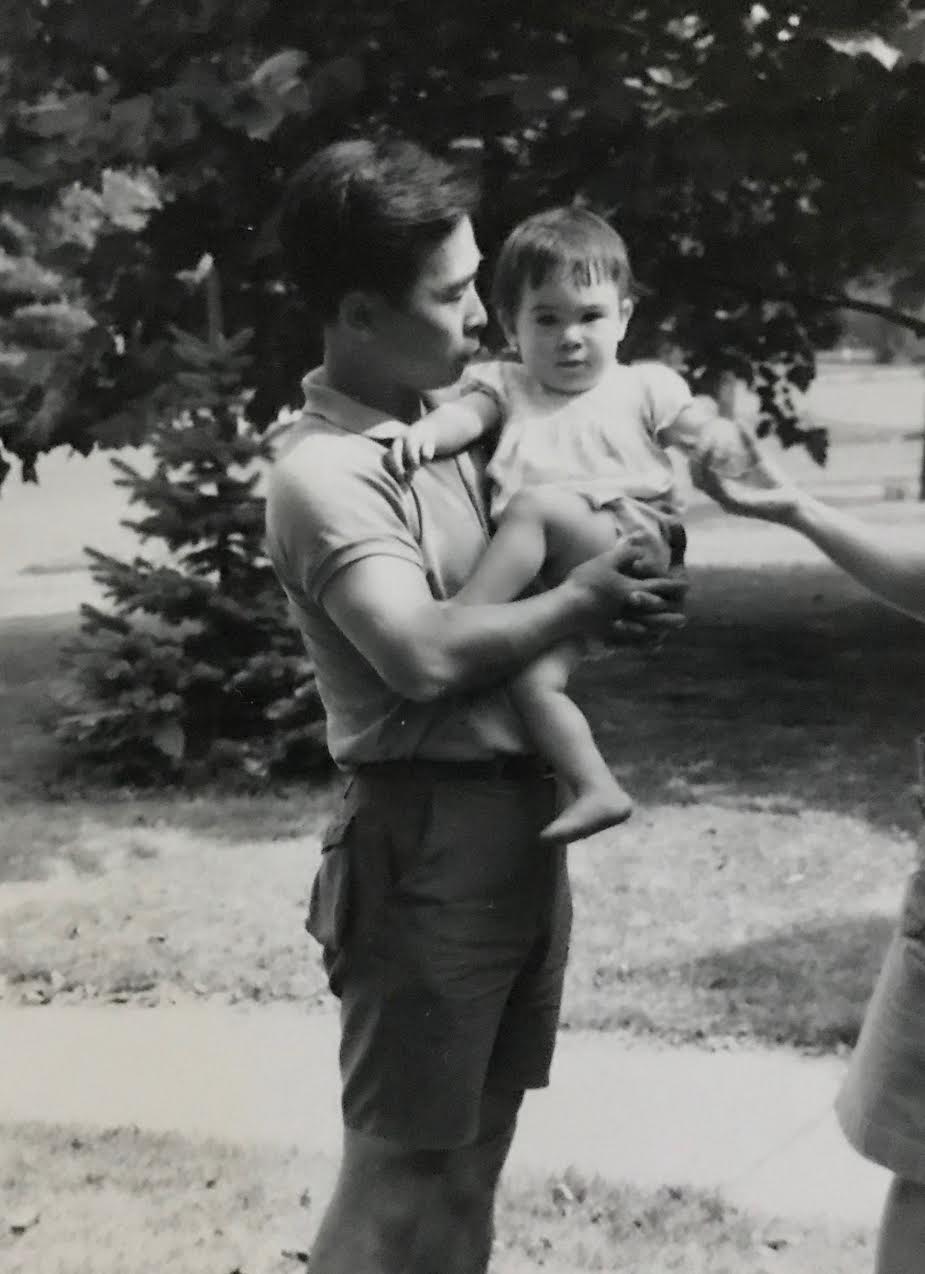 “I’m sorry we didn’t have a chance to get to know each other better.” – Mary K., yoga teacher and reiki practitioner, Your Stellar Self 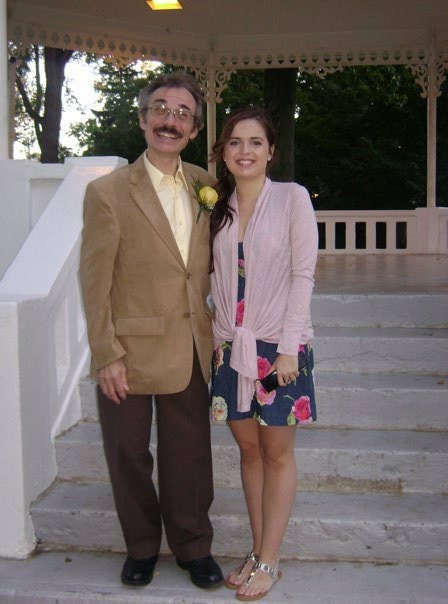 “I lost my dad 8 years ago when I was 18, in my first year of university so I’ve grown up a lot since. It’s hard for me to fully enjoy every milestone since he’s not there to celebrate with me. I would want him to know that I have realized that even if he doesn’t know in this moment about how I’m doing, he always believed that I would do well. He always made me feel capable and like I would be happy and successful, and I am. He made me believe in myself. He knew, and that brings me so much comfort in the ‘firsts’ of my life that he’s missed, and that’s what matters.” – Kate B., blogger, Love, Kate Bray 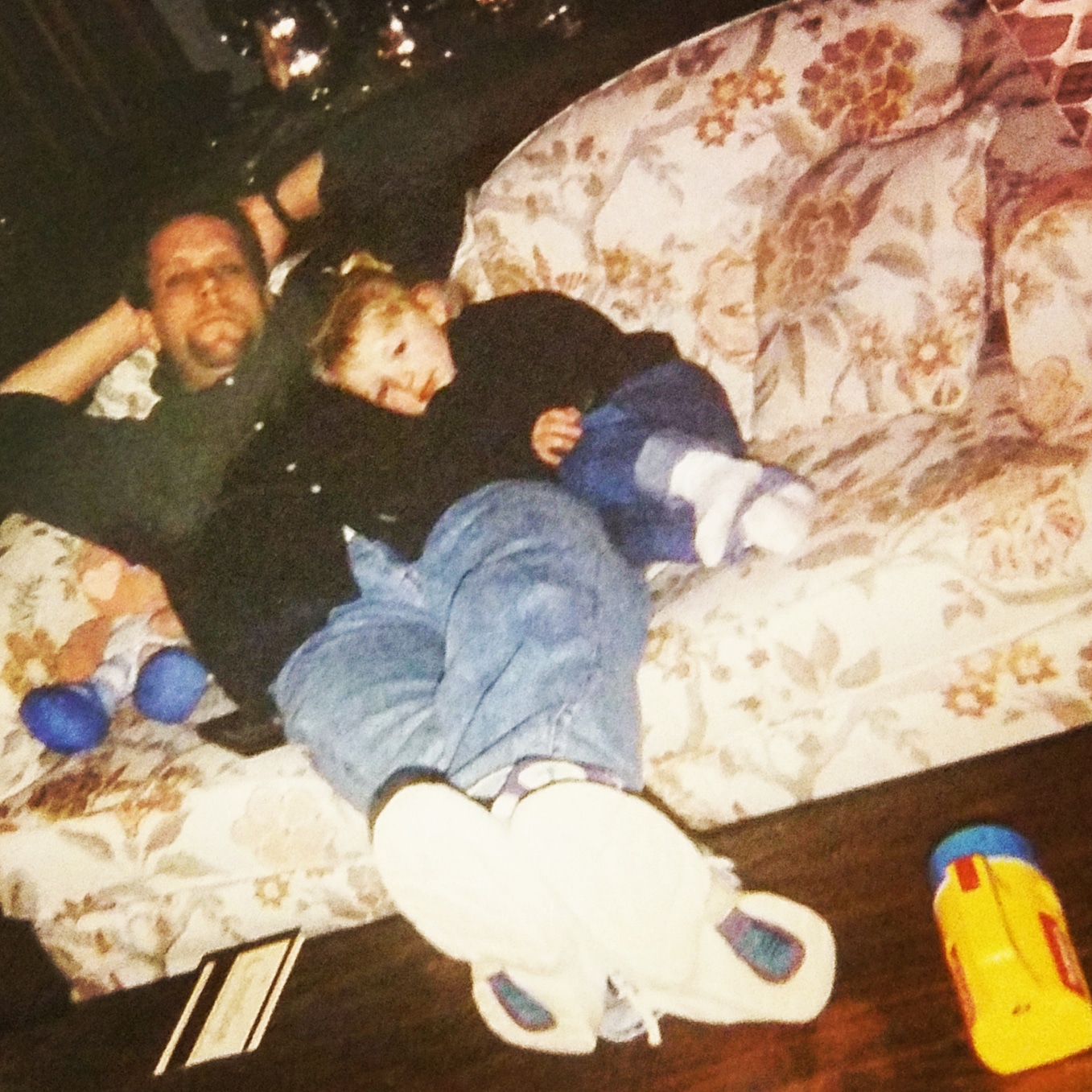 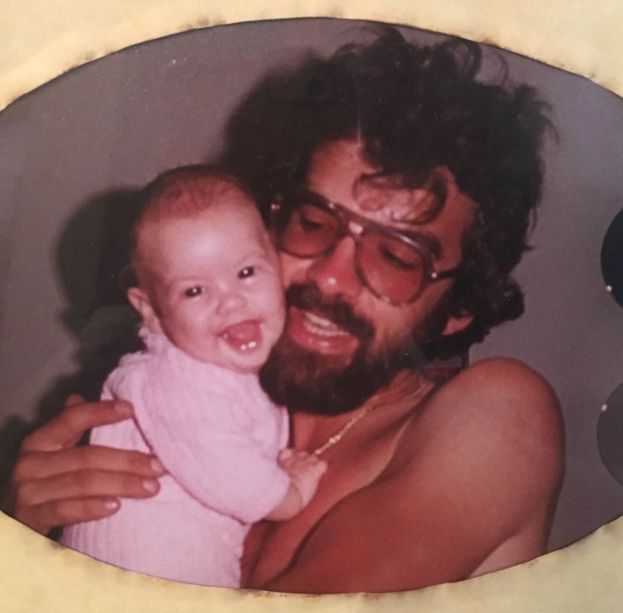 “You’re never going to believe this, but…” 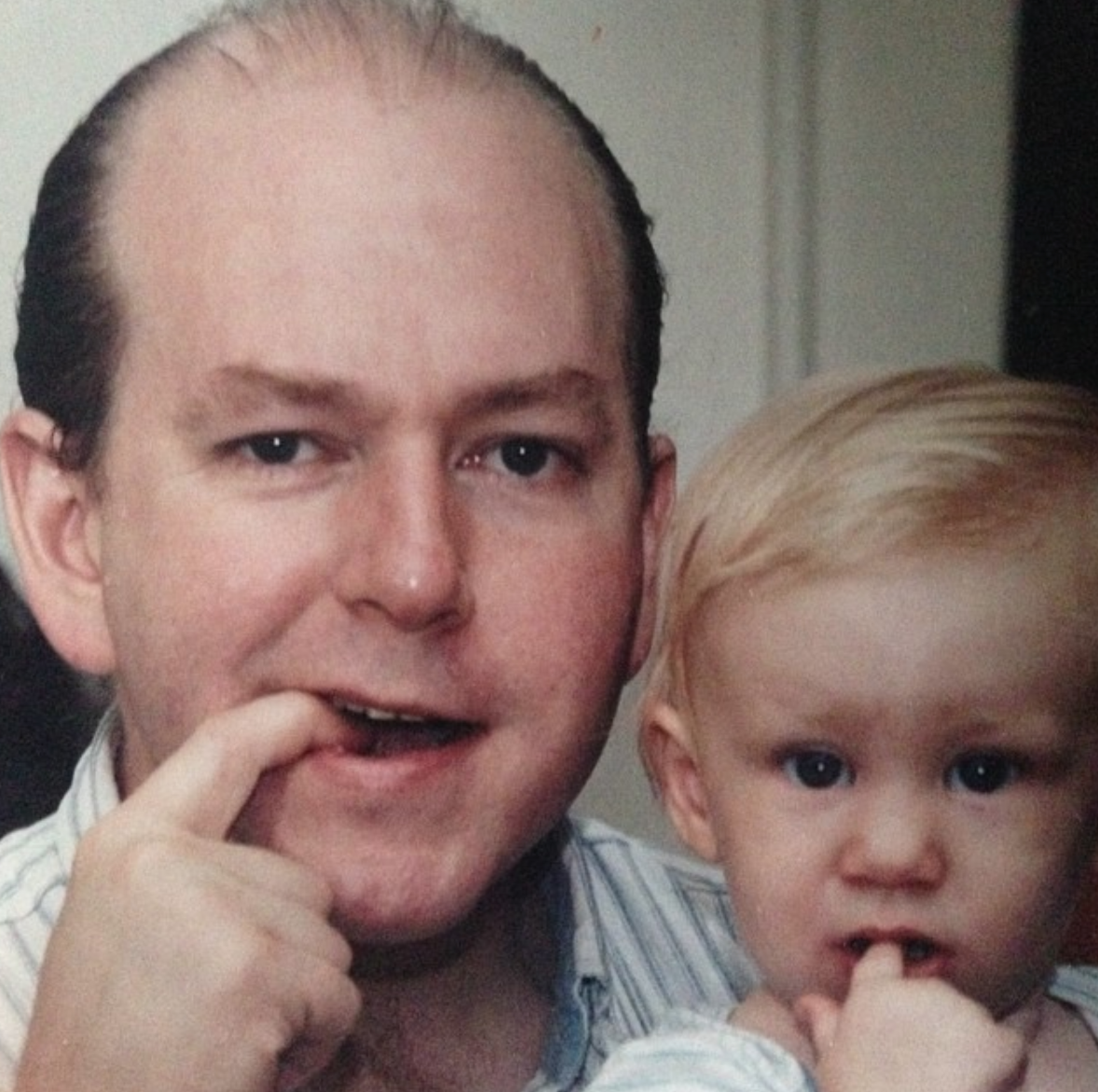 “You thought Bush was bad? They made TRUMP the president!” – Lily B., writer and farmer, LaChat Town Farm 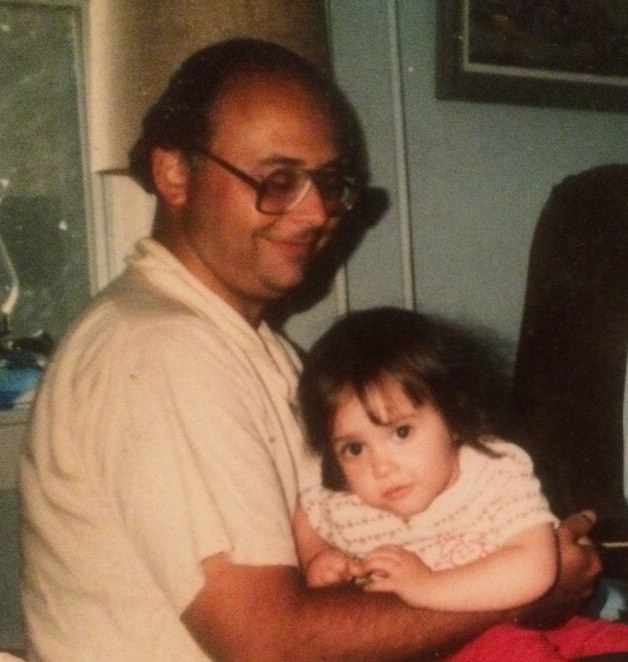 “I’d tell him that he was right, socialism is the answer and hey guess what there’s actually a socialist leading right now for the Democratic nomination. If that clues you in at all to what kind of guy my dad was.” – Julia G., writer and herbalist 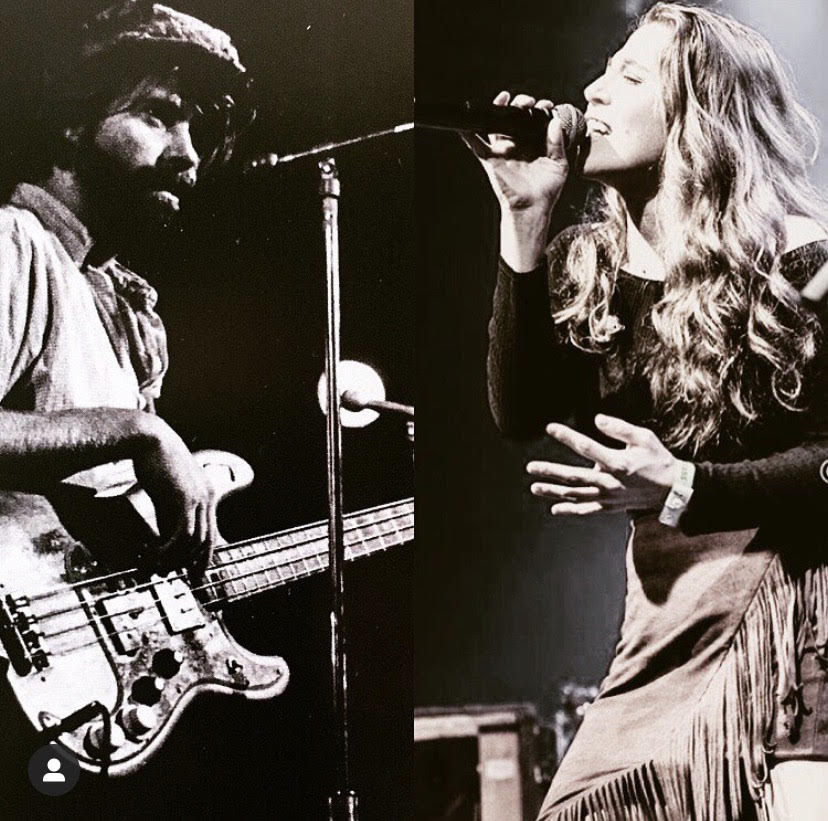 “There is so much. I feel like I have changed and grown so much since he passed. I wasn’t even in a rock ‘n’ roll band yet! I’d ask him what is his favorite Delta Rae (my band) song is and why. I’d also tell him I’ve STRONGLY inherited his passion for BBQ chips — and that I have fallen in love! With a guy. Not with BBQ chips. But that too. I’d love to know what he’d think of the wall and all that stupid shit the orange person is doing. Good god almighty. I’d love to sit down with mine and tell him I still can’t play an instrument but I’m learning piano slowly.” – Liz H., singer, Delta Rae

“Your legacy lives on.” 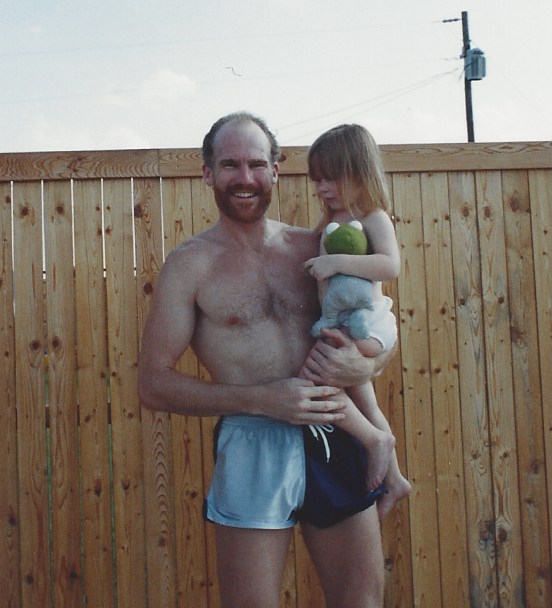 “Man, if I could only tell my dad one thing besides the obvious ‘I love you/appreciate you’ sentiments… I guess I’d want to tell my dad that my brother got married in March on the 16th, which was my parents’ anniversary, AND his wife is now pregnant with twin girls! My dad saw me become a wife and a mom before he died; I wish so bad he saw my brother become a husband and father. He would be so proud. I’d tell him I’ve already started calling my daughter Maggie Heartstrong, just like he called me Veronica Heartstrong.” – Veronica G., writer 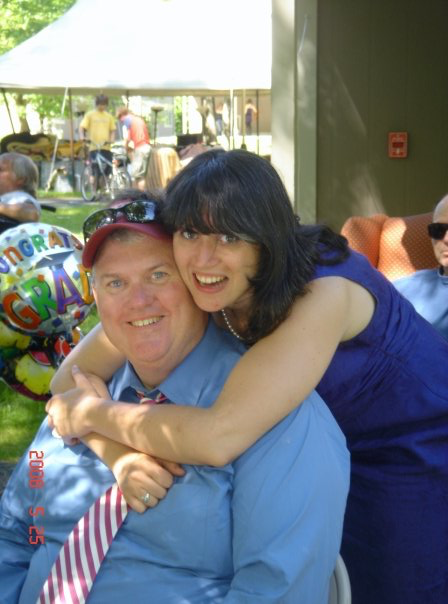 “He would really like all the movies I’m making now, and somehow he’d be friends with everyone in them. Either that, or that since he’s not around I just stepped into his shoes.” – Caitlin Mae B., filmmaker 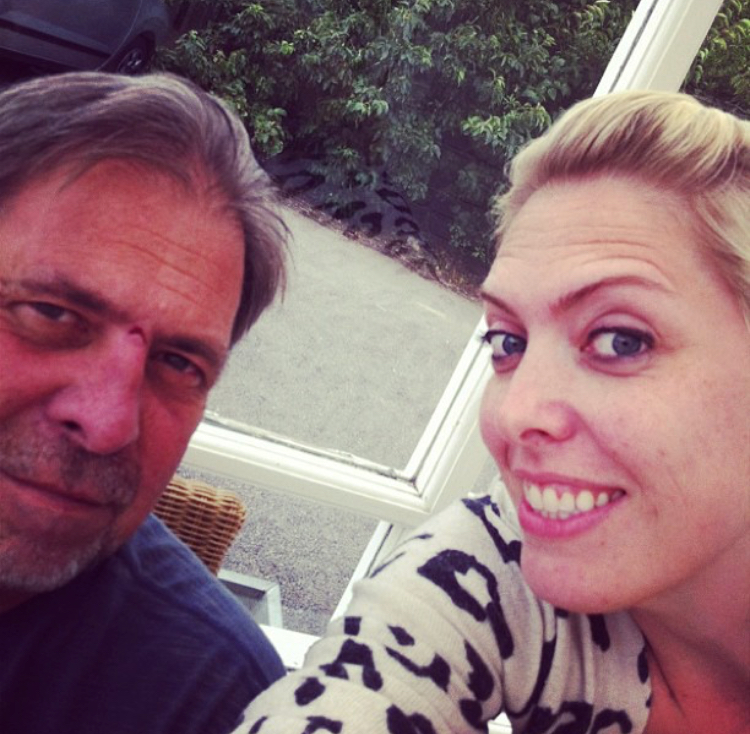 “That I had a son named after him (middle name) who wears a mini Red Sox cap.” – Erin D., writer

“I would have a different answer almost every day, and maybe even multiple in the same day. My father died nearly 20 years ago, so there would be a lot to say. Right now, I would say ‘these are your grandchildren’ and introduce him to the girls.” – Harry F., wealth management director

All of us who have lost our dads basically have 31 — or 1, or 21, or 61 — years’ worth of shit we wish we could tell them. But since that’s not an option (until we download their consciousnesses to the Cloud, Black Mirror-style), we can keep their memories alive the best ways we know how — even if that means “celebrating” Father’s Day without our dads. But hey, at least we have the next generation to tell their stories to — and we’ve got each other. The first rule of the #DeadDadsClub is: Have each other’s backs. And you better believe we do.

A version of this story was originally published in June 2019.