The Bachelor's AshLee Frazier and hubby Aaron Williams are now a family of four, with their new daughter joining big sis Navy Lee Williams. Find out all the baby details below! 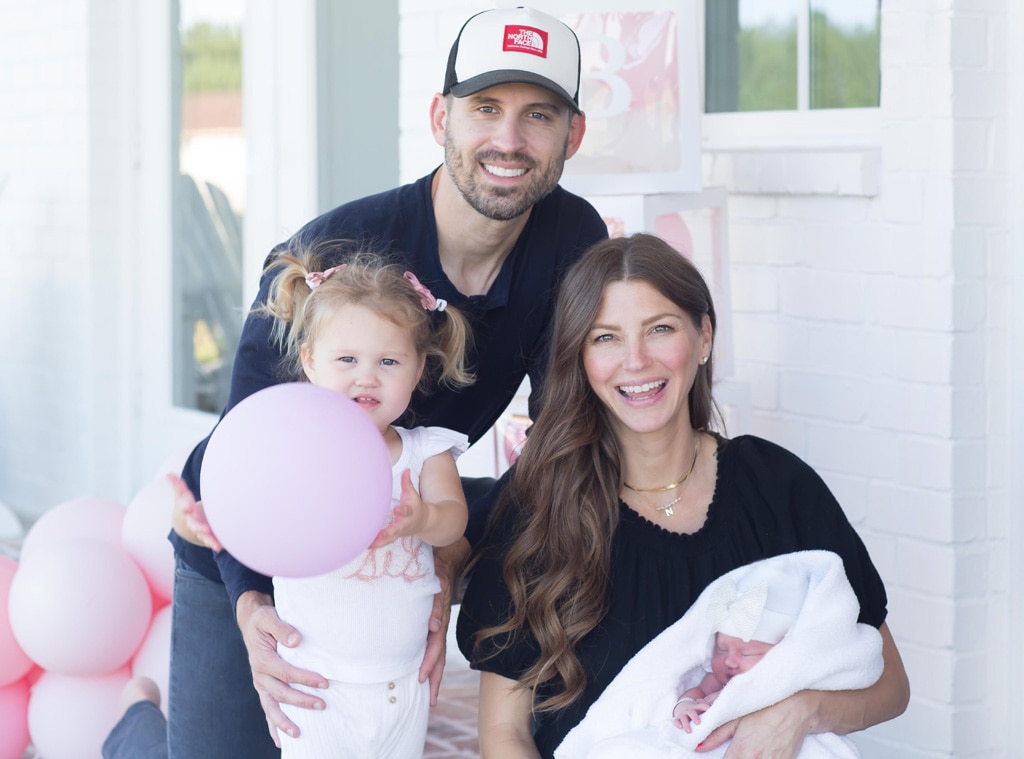 Bachelor Nation's AshLee Frazier now has two little "angels" at home. On Wednesday, Sept. 30, the reality TV personality took to Instagram Stories to share that she gave birth to her second daughter.

"It's with great delight that Aaron and I share the announcement of our second bundle of joy, Everleigh Anne Williams," the Bachelor Nation star reveals, adding that her little one was born on Tuesday, Sept. 29, and weighed, "7 pounds, 7 ounces."

The mom of two adds, "She's absolutely perfect and looks just like her big sister, who is most excited to meet her new 'best friend.' I can't wait to see their relationship blossom. Our love just doubled."

The couple's newborn joins their 2-year-old daughter Navy Lee Williams, who is a reality star in-the-making with her very own Instagram account.

"Her name came from my dad, Bruce Lee," AshLee shared when Navy was born. "When I was adopted my parents changed my name from Ashley to AshLee. It was important to them to make sure I felt as part of the family. … Aaron and I wanted to continue that tradition."

She tied the knot with Aaron in March 2017 in Houston after he proposed in the most New York way possible—on the Brooklyn Bridge.

AshLee competed on the 17th season of The Bachelor (she was the third runner-up for hunk Sean Lowe) and later was an O.G. on the 1st season of Bachelor in Paradise.

This Masked Singer Twist Might "Change the Show Forever"

The 40-year-old chose her second daughter's name in advance and almost let the secret slip on her Instagram Stories earlier this week. She shared a sweet photo of her and Navy (in a black tutu!) earlier that week with the caption, "My world. Can't believe I'm about to have two of these angels."

The mama also revealed that Navy is beyond ready to be a big sis.

"I'm most excited to see their relationship," she wrote. "Navy includes her in all family conversations. If we are going some where, so is baby sister. When we say our prayers, she prays for baby sister. There's nothing like a sister being your best friend."

AshLee and Aaron moved into the home of their dreams about five months ago, after having it built to their exact wishes. In her words: "#gimmethatsuburbianlife."

"I get emotional every time," she wrote on Instagram about the process. "It's a journey trying to get what's in my head out onto paper and to the architects, the exact way it needs to be. But here we are. I couldn't be more excited."

Now, the couple just gained a new resident with the arrival of their little one!