Joe commented on the pic, complimenting his daughters and his ex. “Thank you for being my angels, for showing the world you are superstars,” he wrote, before adding the hashtags, “#bestdaughters #thankyoubestmomever.” 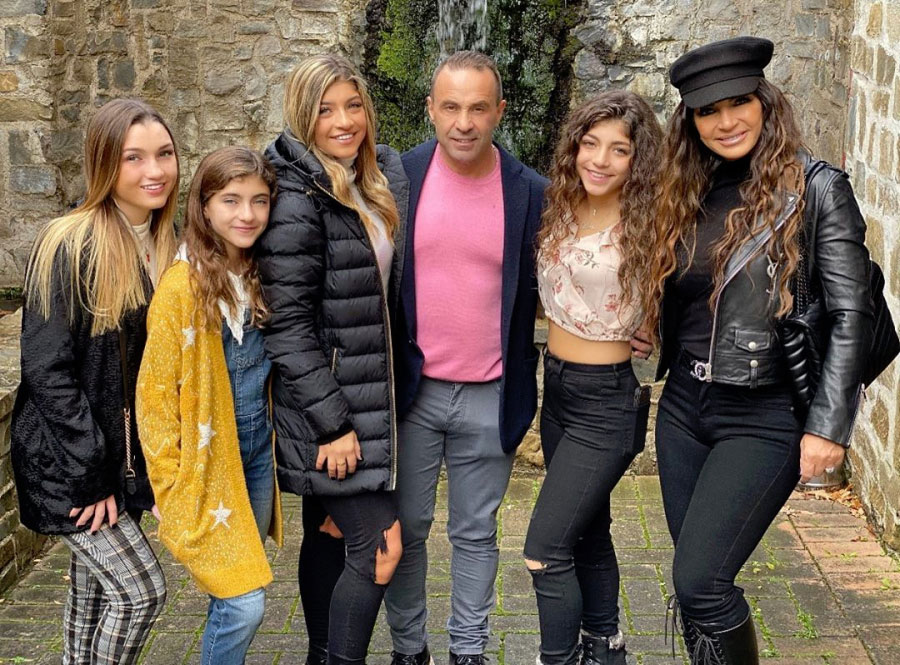 The pair, who married in 1999, announced their split in December 2019, after the former construction owner moved to Italy amid his deportation battle. In April 2020, he lost his deportation appeal, forcing him to stay put in his native country for the time being.

“Teresa and Joe talked about their future when she and the girls were in Italy and decided it was best for them to separate,” a source told Us Weekly at the time of their split. “Neither of them wanted to be in a long-distance relationship. … They harbor no ill will toward each other and will continue to coparent their kids.”

The Standing Strong author has started divorce proceedings and when the Bravo reality show returns, her dating life will be front and center.

“Teresa is ready to fully put the past behind her and move forward in every part of her life, that includes allowing Bravo to film her dating,” an insider told Us exclusively earlier this month. “She wants all this to be past her, focus on her girls, but not feel scared anymore. She’s ready to get back to a more normal life with her family and her dating life. … When the cameras start rolling, dating is going be a part of Teresa’s storyline.”

Their split was chronicled in RHONJ season 10 when she decided not to sleep in bed with Joe.

“That was my moment of insight. I felt rejected,” he wrote via Instagram after the episode aired. “This is the first time while filming a scene, I had severe anxiety and grief. I was [locked] up for four years, any human would have a psychological impact of prison life. This was the moment, I knew deep in my heart she was being difficult with me for a reason. My wife has never said no to sleeping with me. I had to walk away. I don’t have resentment against her (her emotions are justified). It was off guard should have been private.”