What’s in a name? Kailyn Lowry revealed her fourth son’s moniker — and the special meaning behind it.

“CREED — guiding principle,” the Teen Mom 2 star, 28, captioned a Monday, August 10, Instagram photo of herself and her baby boy posing beside a “Creed” blanket. 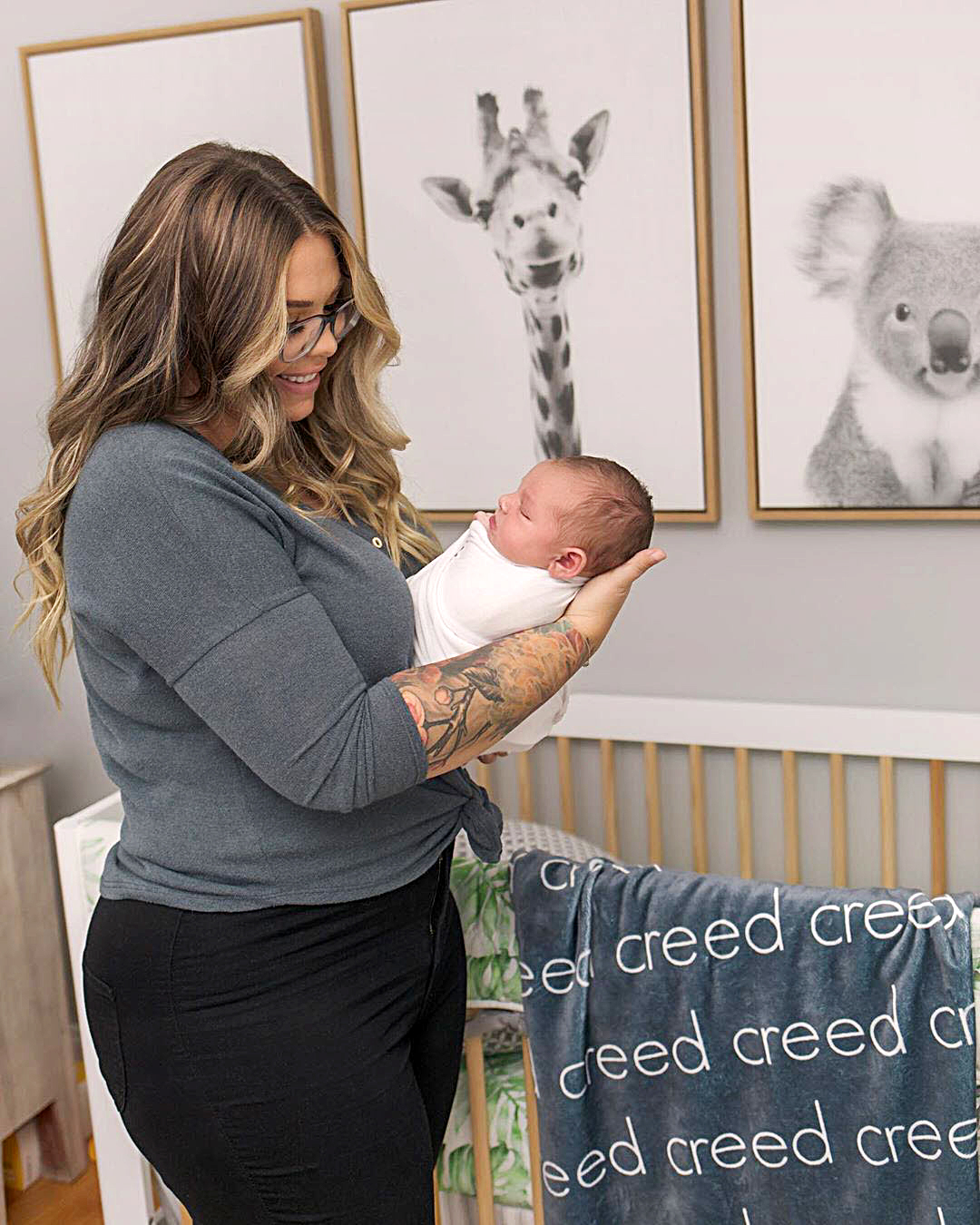 The name reveal came one week after Us Weekly confirmed Lowry and her ex Chris Lopez’s second son’s arrival. The former couple are already the parents of son Lux, 3, and the Hustle and Heart author also shares Isaac, 10, and Lincoln, 6, with Jo Rivera and Javi Marroquin, respectively.

On Friday, August 7, Us shared the Pennsylvania native’s first photos of the newborn. The reality star held her sleeping son to her chest in one shot and her three eldest sons smiled down at him in another.

The Pothead Haircare creator announced her pregnancy in February via Instagram, writing at the time: “I’m almost 16 weeks pregnant & it’s been a rough few months this time around. I’ve had nausea, morning sickness, and absolutely no energy. This week I’m starting to feel a bit better and I’m really hoping it stays this way.”

Us broke the news later that same month that Lowry was expecting a fourth son. “The kids and I are so excited to be adding another baby boy into the mix,” the A Letter of Love author exclusively told Us in February. “Thank you all so much for your continued support & well wishes. Hopefully, the rest of this pregnancy will go smoothly as we anticipate the arrival of our newest addition.”

The MTV personality doesn’t see herself having “more than six” children total, she told her “Coffee Convos” podcast cohost, Lindsie Chrisley, in July. “Six is my max,” Lowry said at the time. “I’m not confirming or denying, I’m just saying.”