Well on her way! Teddi Mellencamp posted her baby bump progress 28 weeks into her pregnancy.

“Today Cruz woke up and looked at me with excitement in his eyes and said, ‘Mommy, are you ready to poop out this baby yet?’ #notyetcruz #28weeks,” the Real Housewives of Beverly Hills star, 38, captioned a Thursday, December 19, Instagram post. 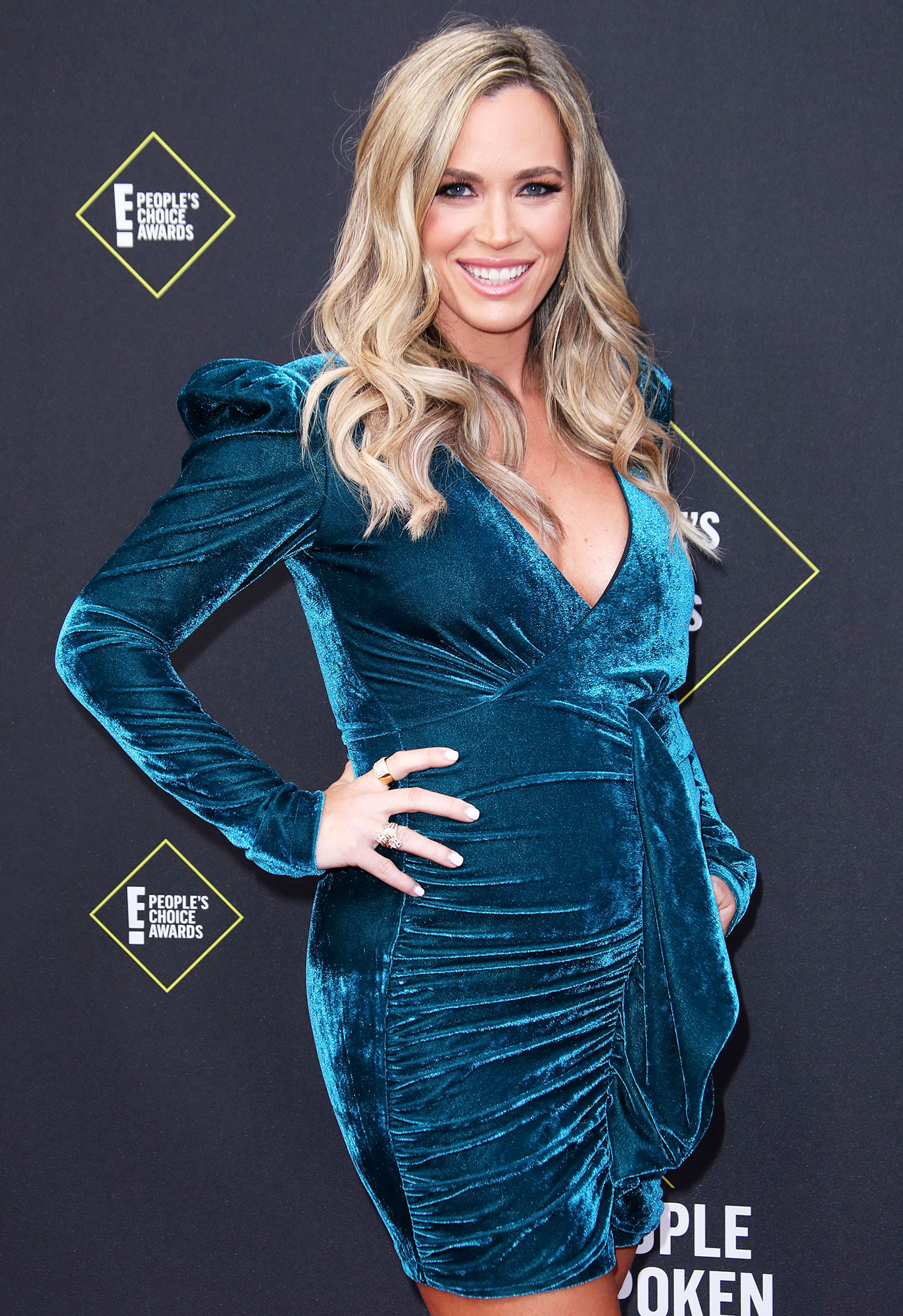 In the social media upload, the reality star sat in her sunny bedroom, cradling her bare baby bump while wearing a cropped black tee, black underwear and dangling earrings.

Us Weekly broke the news in September that the Bravo personality and her husband, Edwin Arroyave, are expecting baby No. 3. The couple’s daughter, Slate, 7, and son, Cruz, 5, are “so excited,” the accountability coach told Us at the time. (Arroyave, 42, is also the dad of an 11-year-old daughter, Isabella, from a previous relationship.)

“They’ve been talking about it for a long time and actually it’s been my son who’s been like, ‘Mom, we need to have another baby,’ and I never wanted to get his hopes up,” the South Carolina native explained to Us. “So when we told him, he was through the roof. So excited. They’re already calling it ‘their baby,’ and they have names picked for if it’s a boy or a girl — they’re ready!”

Later that same month, John Mellencamp’s daughter used pink confetti to reveal that she is pregnant with a girl. “Of course, we would have been equally excited either way, as @tedwinator, the kids and I are just blessed to have a healthy baby no matter the gender,” Teddi captioned her Instagram reveal.

Cruz is “so pissed” about the baby-to-be’s sex, the pregnant star admitted to Us in November. “He’s picking out names like Catboy, Pugsley,” she said. “I’m like, ‘Buddy, we can’t.’ And he’s like, ‘Well, that can be her a nickname. If you want to call her Pugsley or Catboy you’re welcome to, but I think you’ll change once she’s born.’”

As for Slate, she “loves” more conventional names, like Selena. Arroyave also has “a couple favorites” Teddi doesn’t like, which is why they’re “still going through the list.”

‘This set is called Black Magic’: Rhian Sugden showcases her head-turning curves in sheer lingerie as she self-isolates at home during coronavirus lockdown She has…

Kate Winslet, Phoebe Waller-Bridge and Jude Law hold up ‘thank you’ placards as they lead the stars expressing their gratitude towards the NHS in heartfelt…