Maybe I’m alone in this, but I always imagine that once an actor lands a mega-hit network TV show, an Emmy, and a Marvel movie role, they immediately have a staff of dozens to take care of all their housework. This is actually not true, as This Is Us star Sterling K. Brown has assured me. In fact, he and his wife, fellow actor Ryan Michelle Bathe, and their two sons, all pitch in around the house, and he called upon that important lived experience for his latest role. 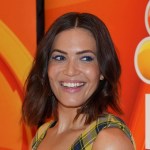 You can see Brown using his signature Randall-seducing-Beth sexy purr in a new ad for Cascade Platinum dishwashing detergent called “Do It Every Night,” which is not only pretty funny, but it also gave SheKnows an excuse to talk to one of our favorite TV dads. The opportunity happened to come right after it was announced that This Is Us would be ending after its sixth season next year. That means we’ll have one more season to say goodbye to the multifaceted Randall Pearson — a Black child adopted by a white family who grew up into his Black identity to become a great (if sometimes flawed) father now grappling with teenage girls, including one adopted from the foster care system.

But to get a peek into how the real Sterling K. Brown handles fatherhood, you can see his deadly cute boys, 10-year-old Andrew and 5-year-old Amare, on his occasional Instagram Live videos. And also, you can read our conversation right here.

SheKnows: Hi, Sterling! I just watched your ad, and I thought, Oh, now I understand why he agreed to do this! It was hilarious.

Sterling K. Brown: It was a lot fun to do and a message that I could easily stand behind. I believe in doing it every night.

SK: Good to know. What is the division of labor like in your house? What do the boys have to do?

SKB: The kids are more responsible for keeping their space clean, putting their clothes in their hamper, making sure that they make their beds and picking up their toys, that sort of thing. And then Ryan and I are more kitchens and bathrooms and floors. Although my oldest son will vacuum and sweep. I’m very impressed with him. I remember for me growing up as a kid, 10 was sort of the magic number where my mom said, “All right, it’s time for you to start washing your own clothes.” I’d been washing dishes for a couple of years, but by hand, and [that was the age for] learning how to load the dishwasher properly. … As my kids get older, their responsibilities increase.

SK: The Cascade campaign emphasizes saving water. Do you teach your sons about their role in protecting the environment?

SKB: You know what? They actually teach me a lot about caring for the environment. In the kitchen, we have refuse divided into garbage and recycling and whatnot. And if Daddy accidentally puts something in [the garbage], my son may actually check the carton and it has the recycling symbol on it, and say, “Dad this is supposed to go into recycling.” I’m like, “My bad, son. Thank you very much. I appreciate your help.” I like a shower, but they’re like, “Dad, you know, if we take a bath, we can actually use less water than the shower.” I say, “OK, bro, thanks a lot. I appreciate it.” The school system is actually doing a really good job of letting them know what part they can play in conservation, so I’m learning more from them than them from me.

SK: It’s was so bittersweet learning that This Is Us is ending, even though it was apparently a plan all along to run only six seasons. Often, when a woman’s job is ending, people say, “Oh, you must be happy, because you’ll get to spend more time with your kids.” Do people ever say that to you when one of your jobs is coming to an end?

SKB: I will hear in the hiatus, people say, “So you’re getting some time to spend with the kids.” But in terms of on the macro, I don’t think that’s something that people say to fathers. They’re like, “So when are you going to get your next job?” … Regardless of how a home is set up, society expects for women to be the caretakers and for men to be the breadwinners. Those are the societal pressures that are exerted on men and women in a heterosexual married couple. It’s really interesting the things that we are so unconscious about what we say to people to re-emphasize and reinforce something that may be antiquated.

SK: So are you going to spend more time with your kids? I’m sure you also have plenty of projects lined up too.

SKB: There’s projects that are that are lined up that I’m looking forward to, but spending time with my kids is actually one of the reasons why This Is Us was so appealing to me in the first place. Not only artistically am I getting a chance to do something that I love and being paid well for it, but I actually get to stay at home and watch the these two boys grow up while I do it. It was it was a perfect job at the perfect time.

SK: Do you have a sense of whether This Is Us has had an impact on people’s decision to adopt or be foster care providers?

SKB: I can remember being at an audition or at a meeting a few years ago, and there was a woman walking around with a Baby Bjorn on. She saw me and she goes, “I adopted this baby because of you!” She had to scream it, because she saw me walking across the street. But I was like right on, that’s so cool.

SK: What is this special you’re doing with Oprah, Honoring Our Kings: OWN Celebrates Black Fatherhood?

SKB: It’s something that Oprah approached me to co-host with her. And I think when Oprah asks you to do something, you just say, “Yes.” So I did that. And, you know, as a Black father for the past 10 years, it’s been the greatest role of my life. I’m acutely aware of the national perception of what Black fatherhood is. It’s often associated with absenteeism and with less than stellar adjectives, so I’m looking forward to help reshape and further change that narrative with the awesome people that we’re getting to celebrate on the show.

SK: What is the ideal image of Black fatherhood you’d like people to have?

SKB: I think the best example of fatherhood — the best example of parenthood, Black, white, whatever you may be — is an individual who recognizes that their child came to them fully formed and that we’re not trying to shape them into our image, but help them grow into the best version of who they are themselves. The seed of who they are is inherent in their being when they come to you from the sky, from heaven, from the great ether. You just have to help them become the best version of themselves. So you’re patient, you’re listening, you’re understanding, you’re watchful, because you need to spend time with them in order to figure out who they are. And then you don’t try to make them like their brother or sister or anybody else. You just allow them to flourish by encouraging them in the direction that they already want to go. I think that’s what my dad and my mom did for me. That’s what I’m hoping to do for my children. And I think that’s our job, to raise kids to be the best version of who they already are.

Add these books by Black authors and illustrators to your kids’ shelves.