A change of plans. Stassi Schroeder had a much different sex reveal in mind ahead of her June 2020 Vanderpump Rules firing.

“We were going to get a plane,” the former reality star, 32, said during a recent “The Good, The Bad, The Baby” podcast episode. “We literally were. We were going to have a plane fly around Valley Village, saying either ‘It’s a Girl’ or ‘It’s a Boy’ so our friends could walk out of their houses, and we could safely social distance and celebrate.” 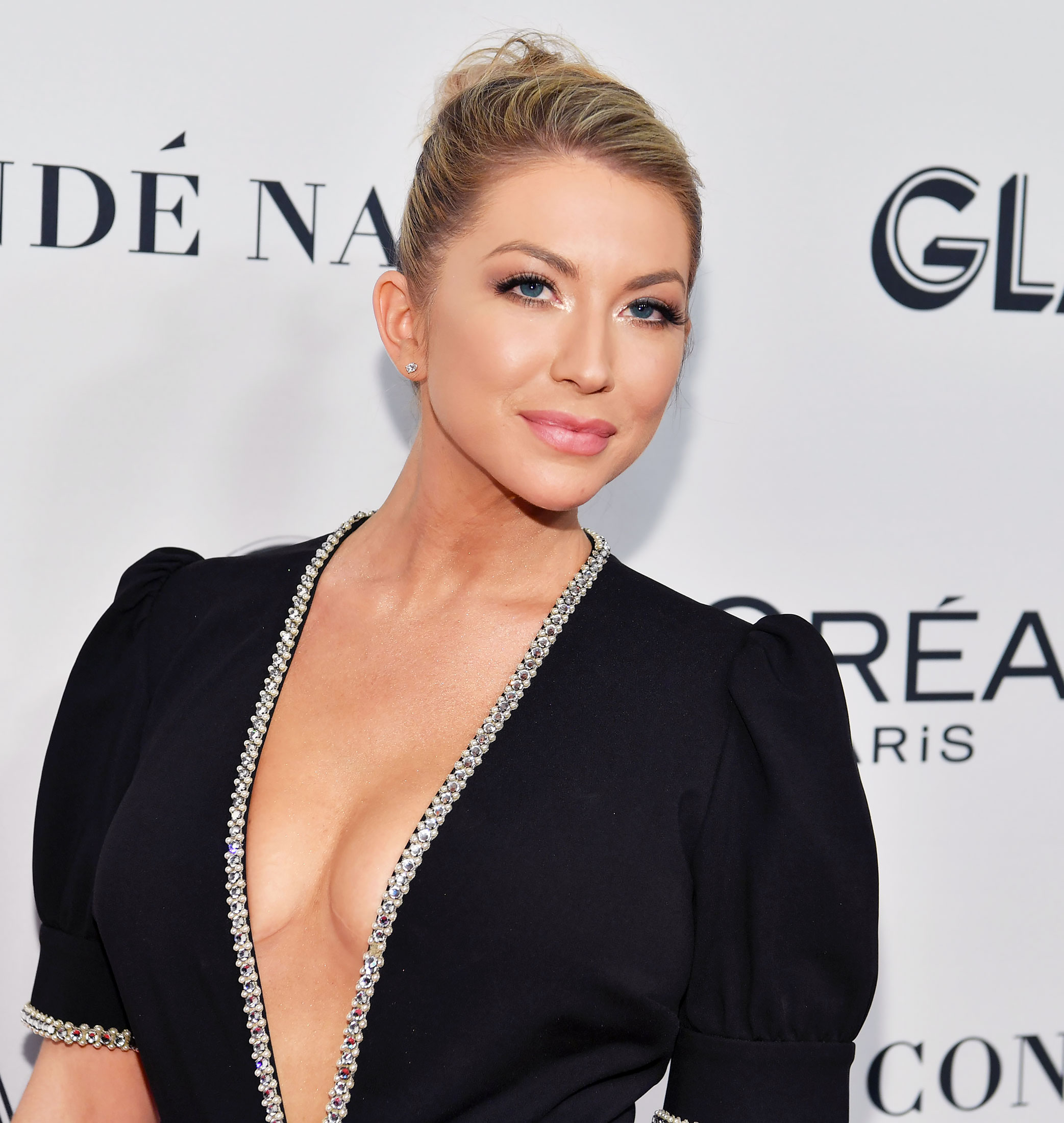 The Louisiana native noted that after her Bravo exit, she and her husband, Beau Clark, “just weren’t in the mood to celebrate in such a big way.”

Instead, the Next Level Basic author’s sister, Georgianna Schroeder, baked a “really beautiful cake,” reading, “The Clark Passenger.” Schroeder gushed, “That was actually one of the best days of my life. I remember it feeling like it was Christmas morning, and when we cut into the cake and saw pink. When I saw that it was pink, I was like, ‘Oh, my God. This was meant to be.’”

She and the commercial casting director, 41, told their Instagram followers the sex of their first child in June 2020 with a pink onesie. “We’re having a baby girl,” the then-pregnant star wrote at the time.

Stassi added on her podcast that she found out in May 2020 that she was pregnant, two days after the Vanderpump Rules reunion was filmed.

“I woke up that morning, and Beau was outside journaling or reading or something productive, and I walk outside, and I’m like, ‘I’m two days late. My period should have gotten here two days ago, and I really want to take a pregnancy test,’” Schroeder recalled. “I was toasty on the reunion, and I feel bad about that. But come to find out, lots of women drink not knowing that they’re pregnant.”

Clark revealed in October 2020 that they conceived their baby girl, Hartford, now 4 months, on Easter.

“We weren’t planning for it, obviously,” the Florida native said during a “Give Them Lala … With Randall” podcast episode at the time. “We just weren’t being careful like we normally were.”

Clark was “shook” by the news, he added. “I feel like I was already just in so much shock from COVID, and this was the beginning of May, so I was just like ‘OK.’ I just had literally no feelings. I was excited, but I was, like, numb, in a good way.” 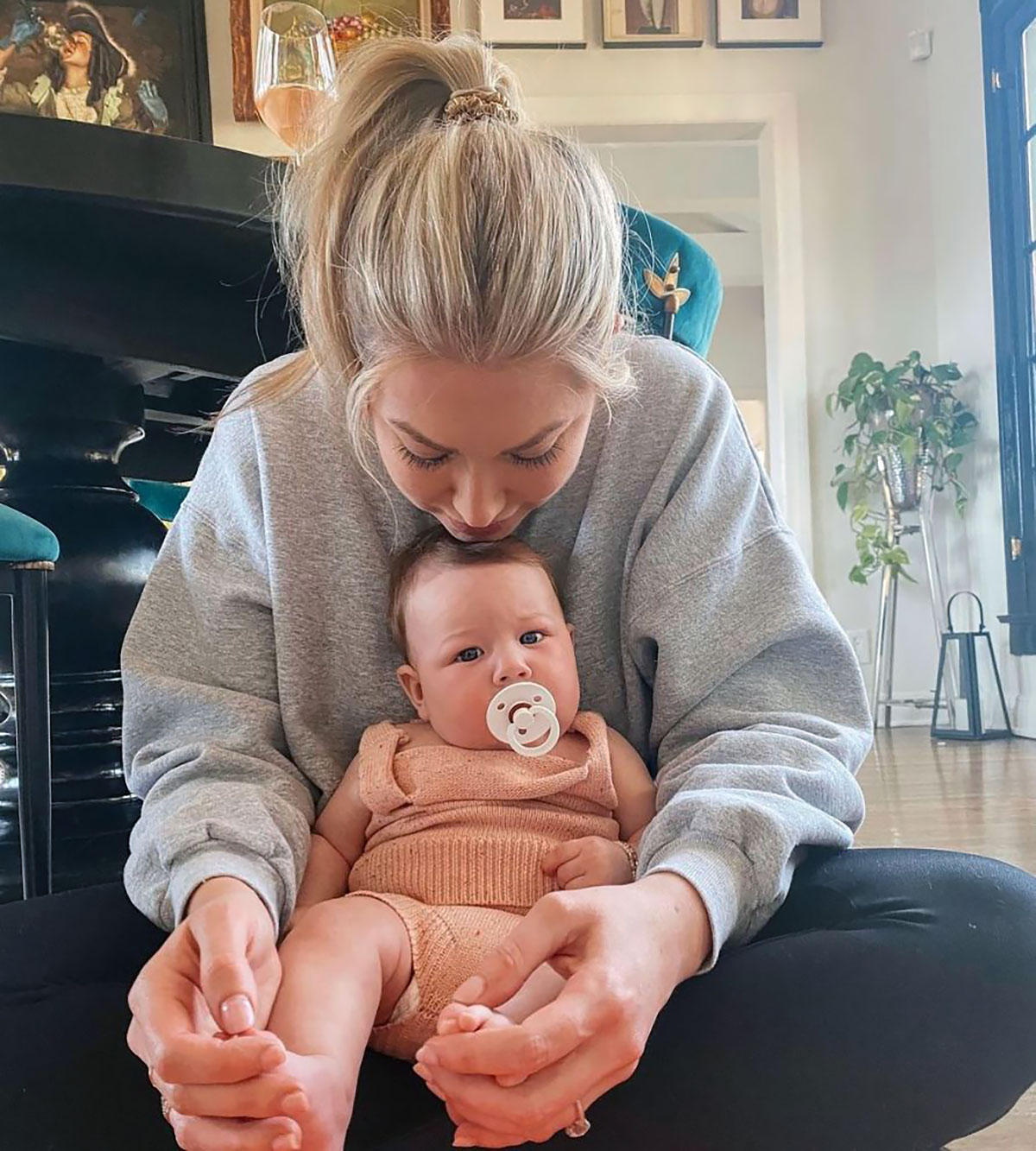 The couple welcomed Hartford in January. “Becoming a parent is literally the best, most f–king overwhelming magical chaotic incredible thing that’s ever happened to me,” Stassi wrote via Instagram two months later.

The former “Straight Up With Stassi” podcast host previously took a social media hiatus when Bravo cut ties with her after past racially insensitive remarks resurfaced. Stassi broke her silence three months later on the Tamron Hall Show. “I’m someone who messed up quite a few times,” Stassi told Tamron Hall in September 2020. “I am the reason why I am in this situation.”