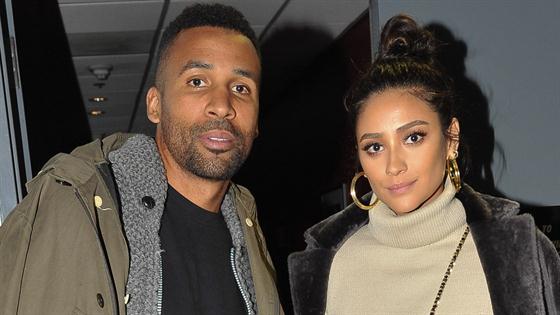 Shay Mitchell is ready to welcome her first child… but first, she had to have a bomb baby shower.

“I know I said that I wasn’t gonna have a baby shower but a few things changed and I decided I was going to,” she shared on a recent episode of her YouTube channel. The Dollface star took her and her besties to the fun, flirty and oh-so-festive Magic Mike show.

Yes, the soon-to-be mom celebrated her big day with some strippers and, at one point, even got on stage. “Oh my god, this is so fun,” the actress shouted, after finding her seat with her gal pals.

Understandably, during her epic baby shower, Shay was a little too preoccupied to respond to her boyfriend, Matte Babel, who texted her a few times. “Hey babe. How’s it going,” he asked, following up with, “Do you guys want snacks?”

She left him on read… and we don’t blame her.

However, during her party, the Pretty Little Liars alum got a bit serious and opened up to her friend about giving birth to her baby girl. “I’m terrified of giving birth,” she told her gal pal during a dance and stripper break. “It’s just a lot.”

With her due date being so close, it makes sense she’s feeling the nerves. Last month, the 32-year-old star and her longtime partner did a live Q&A, where they shared details their pregnancy. “Early October is when she’s due,” Babel said, but the actress chimed in saying she was “maybe” going to pop in late September or early October.

“Matte is so set on her coming out and being a Libra,” Shay quipped, to which he responded, “Yeah, I want her to be a Libra.”

He added, “‘Cause then, while I’m outnumbered by gender, we’re similar in terms of personalities.”

After announcing her pregnancy in late June, the Dollface star got candid about the experience. “It’s kind of surreal processing the fact that another human is growing inside of you,” she wrote in the description of her YouTube video, where she announced the news.

“It’s exciting, nerve-racking, difficult and emotional all at the same time. Everyone waits for the right time to make the announcement and for me it wasn’t until I couldn’t hide it anymore and was tired of wearing over sized sweatshirts,” the description continued. “We’re beyond excited and looking forward to starting a family. I’ve learned so much about myself and parenthood over the past 6 months, and feel like I haven’t even scratched the surface! It’s going to be a wild ride!!”

It’s only a matter of time before the couple welcomes their little nugget. Until then, watch her baby shower in the video above.