“Even though @shawnjohnson NEVER lets us watch her gymnastics, @olympicchannel wanted her to live tweet her performance,” Andrew East captioned a Tuesday, April 21, Instagram video. “So @drewhazeleast and I are having a blast. Shawn not so much. #proud.”

In the social media upload, the professional football player, 28, told his daughter: “That’s your mom. Say, ‘Yay, Mama.’” The athlete showed the back of the little one’s head as Johnson, 28, flipped onscreen.

He then panned over to his wife sitting on the couch, who shrugged and said, “It was OK,” of her performance.

The Winning Balance author gave birth to her and East’s baby girl in November 2019. (The couple, who wed in 2016, previously suffered a miscarriage in 2017).

“You are our everything,” the Dancing With the Stars season 8 winner captioned her daughter’s Instagram debut at the time. “Welcome to the world.”

Three months later, Johnson showed off Drew’s first “flip” on the beach with her mom’s help in a video captioned, “She was PERFECTLY safe so don’t even.” The February footage was criticized by the social media parenting police. 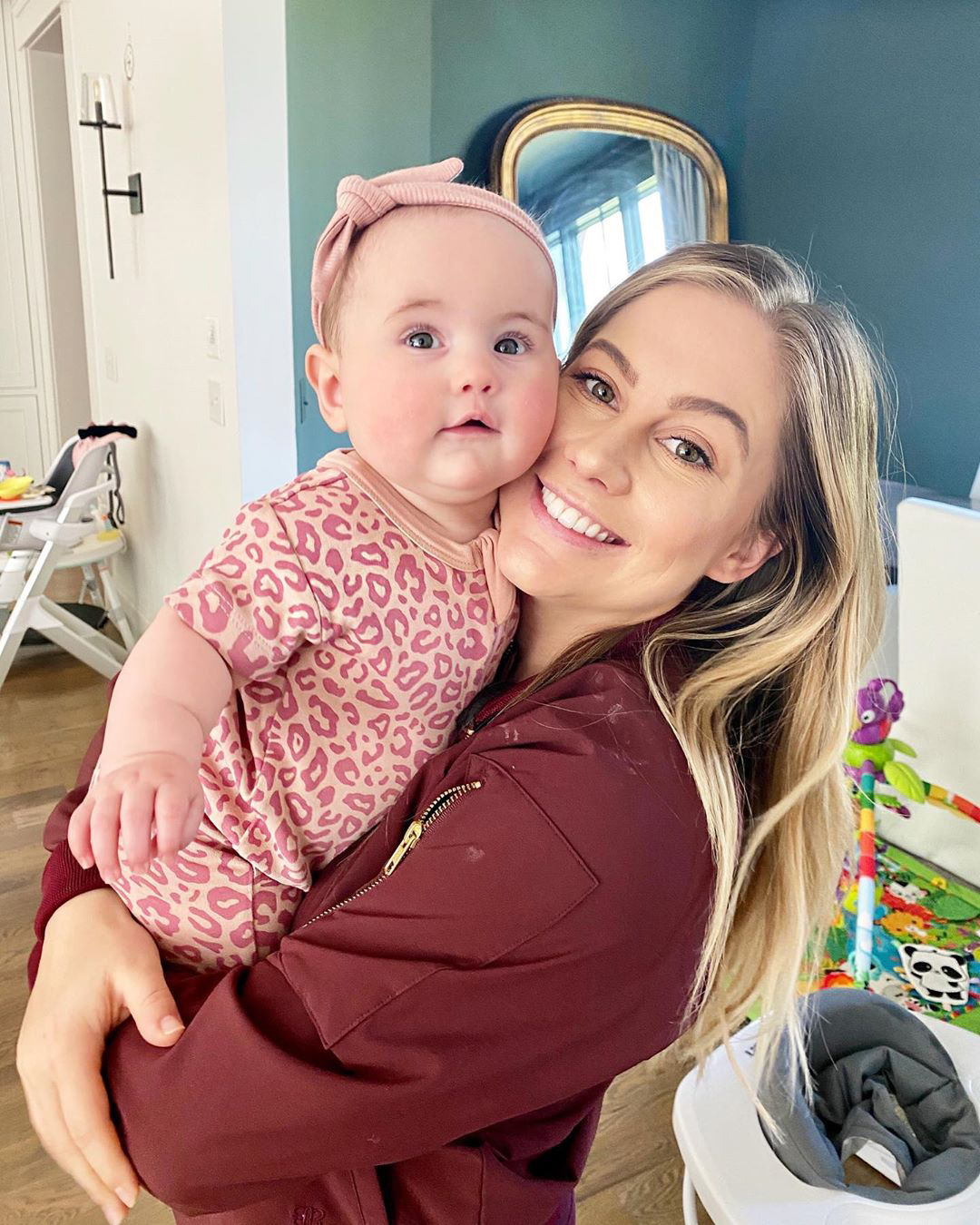 “I wasn’t surprised just because we get shamers every single day. Every single person on social media has haters and negative feedback,” the new mom told Us Weekly exclusively later that same month. “I’ve learned how to thicken my skin to where it doesn’t bother me. But when they come after my kid and start questioning … it’s the first time I felt like they were threatening my love for my child. Because they had said that they were concerned for their health and well-being.”

Johnson added, “There’s something in every scenario. I also think that we as moms are so passionate about our kids that sometimes we attack other moms because whatever has worked for us is kind of like our bible. We almost preach it onto other people, which you can’t do since everybody’s different.”