Of all the celebrity babies we at SheKnows love to watch grow up, Shawn Johnson East’s little girl Drew is one of our faves. She’s one of those happy babies who looks like she’s always ready to take on new adventures — just like her Olympic gymnast mom and NFL player dad, Andrew East. But is the 1-year-old ready for what’s coming right around the corner: a baby brother? 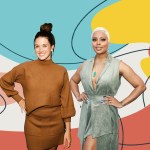 Our 10 Favorite Reality-TV Alums Who Are Now Mom Influencers

When SheKnows caught up with Johnson East, she wasn’t quite sure she was ready to be a boy mom herself, even if she thinks “rough and tough” Drew will do just fine with her brother. Trust us, Shawn, no one is ready for their babies, no matter their gender — but figuring it all out as we go is half the fun.

In the meantime, Johnson East spoke to us about her pregnancy, which seems to be going along quite well despite her bout with COVID earlier this year and all that it means to be pregnant while chasing a toddler.

SheKnows: How are you feeling these days?

Shawn Johnson East: My goodness, I feel nine months pregnant already, which I don’t know how is possible. I feel good, but you get a lot larger a lot faster on your second.

SK: What are some of the other the big differences you’ve noticed between this pregnancy and when you were pregnant with Drew?

SJE: Honestly, everything can be summed up with Drew. With my first pregnancy, the only thing I did was lie on the couch and watch Netflix and eat and take care of myself. Now I just chase around the toddler and try to keep up with her.

SK: That’s basically the hardest workout there is! Have your cravings been any different?

SJE: The first time around, anything that I craved, it was just like an easy, “Let’s go pick it up and eat it.” This time around, I have a toddler who has very specific dietary needs. … My daughter has eczema, and we had to remove dairy from her diet very, very early on. I’m lactose intolerant, and so is my husband. So we’ve kind of been living that life for a while. And I love yogurt, I crave yogurt parfaits , but the dairy really affects me. There really haven’t been any [nondairy] yogurts out there that are good and creamy. And I found Harmless Harvest‘s yogurt probably two months ago. I was obsessed, and so was my daughter, which is great. I posted about it, and they reached out … I love what they’re about. Their sustainability, how everything’s ethically sourced.

SK: How great that your job can work out that way! Since social media is your career now, how do you decide what to post when you’re having a difficult day?

SJE: With me and my husband having done this for so many years and shared so much of our life, basically we just have a general rule that if we’ve experienced it and kind of gone through it and figured it out, then we’re allowed to share it. But I do feel like, for the most part, if you’re truly in the moment with something, whether it’s good or bad, then you haven’t really experienced it fully and you’re subject to people’s opinions formulating your experience. And I think in protecting myself as a mom and as a wife and everything, we’ve just learned that it’s best if we have a cool-off period of at least an hour before we post something and let other people’s opinions weigh in.

SK: That’s such a good tip. Have there been times where you’re think, “OK, my cool-off period happened and I’m still not going to share it”?

SJE: Probably, yeah. Yeah. I feel like I’ve learned as a mom that there’s so many opinions out there and you just kind of have to do your own thing. And if it works, it works. And if it doesn’t, you can ask for suggestions.

SK: It was so moving when you talked about your miscarriage on YouTube. Did doing that shape how much of this pregnancy you wanted to share with people?

SJE: Yeah, I feel like that kind of shaped how and what we hear on a daily basis. For us, up until that moment, we were very filtered in just making sure everything was positive and happy, and, you know, the good side of our life. And when I went through that miscarriage, I really didn’t know how to heal from it or how to deal with it. It was my personal idea to share our story. My husband was a little hesitant because he thought it would be opening myself up to more harm. But when I did share it, seeing the amount of people and women and communities that came forward, that were able to relate and not feel alone — it showed that there was this need for people to see the hardships, to relate as a human being, and to know that they aren’t alone.

SK: Thank you for that, from all of us. Is there anything that worries you about having a boy?

SJE: Oh, all of it. We didn’t find out what we are having with our daughter until she was born, and I was convinced until the day she was born that we were having a boy. I was mentally prepared for that. I thought, the rough and tough and lighting stuff on fire — I could deal with that. I was really scared by a girl and the emotions, the sensitivities, and … the little nuances that can be different between boys and girls. And I fell in love with being a girl mom. I swore I would never buy something pink. I would never be into the girly stuff, but I am fully immersed.

Now I’m getting ready to have a boy, and I don’t know how to do it. It’ll be awesome. I’m so excited, and I think especially with my daughter, she’s a very rough and tough girl, so it’ll be a perfect match.

SJE: Oh, not at all. She’ll have a rude awakening. But she did get to meet her cousin, who was born two weeks ago, and she was in love with him. She was so gentle, and all she wanted to do was kiss him, so I think she will be great.