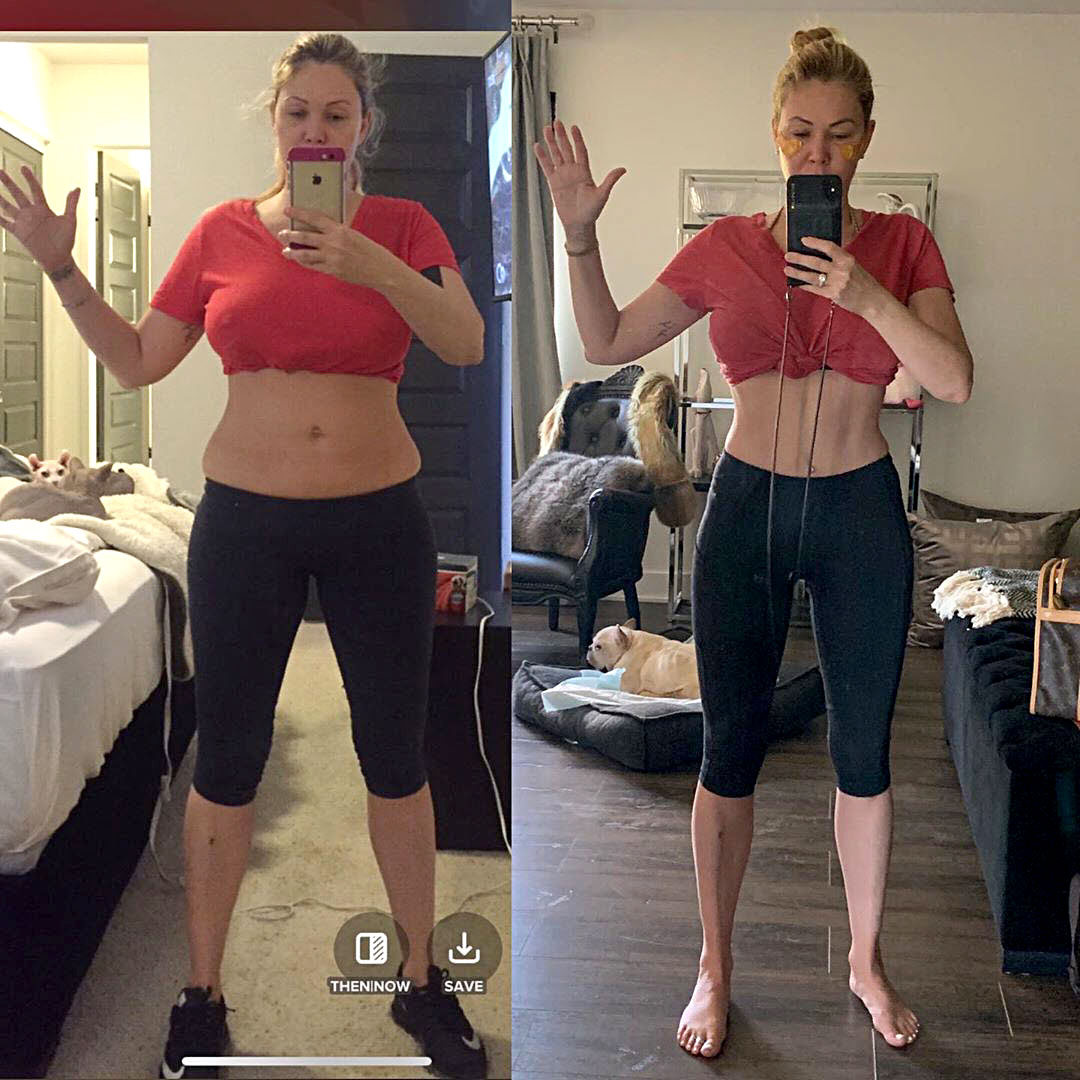 The former Playboy model, 45, showed off before-and-after photos on Monday, April 13, via Instagram. She attributed her weight loss to a series of factors, including a tummy tuck, exercise and mental change over the past two years.

“I hid my weight pretty well but I wasn’t fine, I was super unhappy, miserable and I was working out like an animal with no results for a couple reasons,” Moakler wrote via Instagram on Monday, noting that many people will think her “before” shot looks good.

For starters, the model explained that she had been taking hormones that made her gain 40 pounds. She had also been in an “unhealthy relationship” that contributed to her eating “like s–t” while she was working out.

The mother of three didn’t name the man she was dating at the time of her initial fitness and health change, but she was previously linked to Bryan Sollima in 2014. The Pacific Blue alum was married to Travis Barker from 2004 to 2008 — they share son Landon, 16, and daughter Alabama, 14 — and dated Oscar De La Hoya from 1998 to 2000. The two share daughter Atiana, 21.

The Rhode Island native decided to have a “mommy make over” in order to “fix my muscles,” calling the surgery the “best thing I ever did in my life.”

Moakler then focused on resetting her body by eliminating the bad hormones she was taking. She thanked David Allen Nutrition for getting her to start “eating properly” through the use of a custom plan.

“I stopped eating for emotional pleasure and started eating to fuel my body,” the former Miss USA explained.

After upping her workouts to include weights, Moakler “finally got out of a relationship that didn’t empower [her]” and her body transformation continued.

“There was no easy fix, there was no overnight plan,” she continued. “But i had an awesome team and I now just work out daily, I still eat healthy but allow myself some good stuff and I’ve learned soooo much from the whole experience the last two years!”

She concluded: “I wanted to show if I can do it, I know you can too!”