After the rapper, 27, previewed new music, talked to Kid Cudi and drank tequila, his toddler interrupted to ask him: “What’s that?” 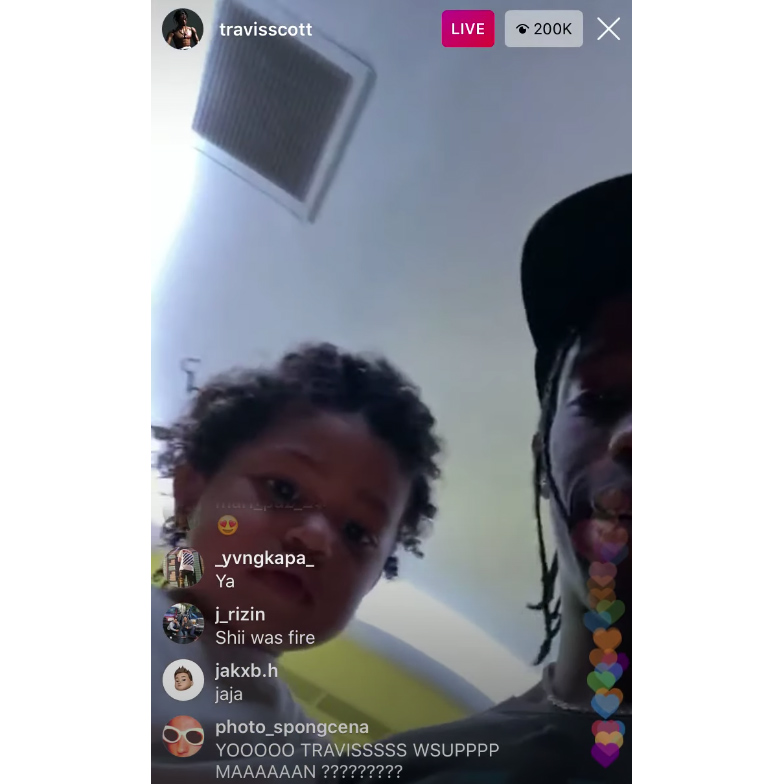 When the little one said she wants to play a game, the Grammy nominee replied, “Me and Stormi about to, I don’t know, do something. I’ll be back with a whole bunch of … Be back, I’ve got to put on a movie.” 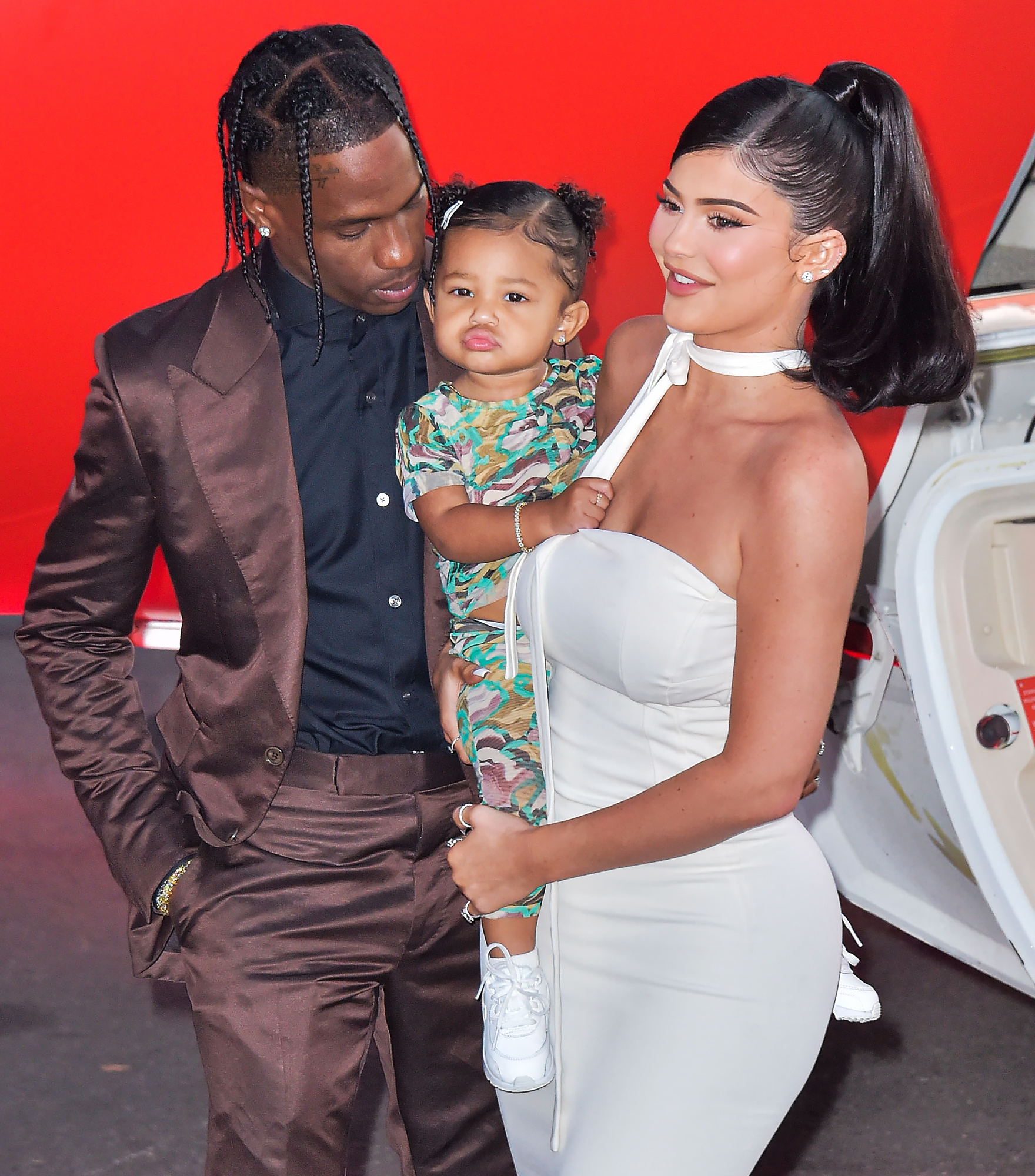 Scott then had his daughter say “hello” and “goodbye” to the camera.

Stormi’s mom, Kylie Jenner, gave her Instagram followers another look at the toddler’s night in on her Story. The little one rocked bear ears, sparkly “STORMI” glasses and a stained white tee.

“What did you do for dinnertime?” the makeup mogul, 22, said from behind the camera. “You went crazy.”

She and the “Sicko Mode” rapper welcomed Stormi in February 2018 and have been coparenting since their October 2019 split.

“We’re, like, best friends,” the Keeping Up With the Kardashians star told Harper’s Bazaar in February of their coparenting relationship. “We both love Stormi and want what’s best for her. We stay connected and coordinated. I think about [my parents, Kris Jenner and Caitlyn Jenner] in situations with Stormi, what they would do. They were very hands-on with me, and I want the same for Stormi.”

“It’s not been awkward between Kylie and Travis at all,” the insider told Us at the time. “There’s no animosity, no ill will or any negative feelings at all right now. They are both putting aside any romantic differences to be the best parents in the world for their daughter. Kylie has followed the same footsteps as her sisters Khloé and Kourtney in that respect.”