The American Idol judge, 35, snapped an Instagram selfie in the hooded onesie with her baby bump on display.

The singer debuted her baby bump in her March “Never Worn White” video, tweeting at the time: “Omg so glad I don’t have to suck it in anymore. Or carry around a big purse lol.” 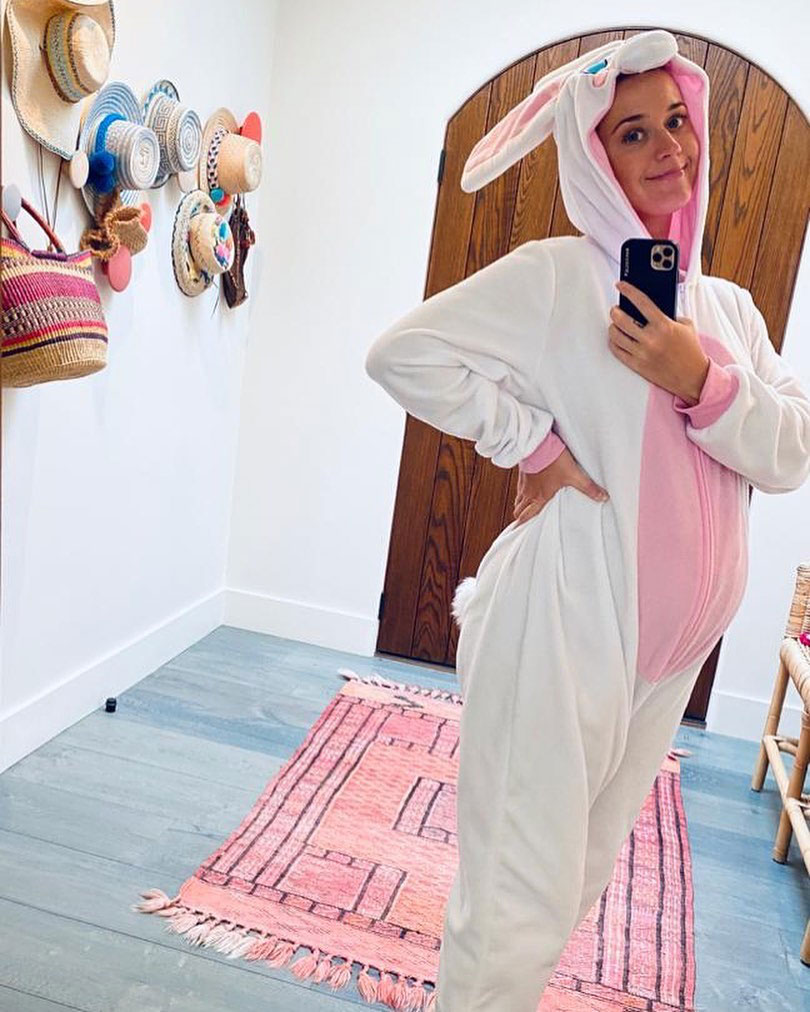 The following month, the Grammy nominee announced that she and her fiancé, Orlando Bloom, have a daughter on the way.

“It’s a girl,” the “I Kissed a Girl” singer captioned a smiling photo of the actor, 43, covered in pink frosting.

The couple got engaged in February 2019. Perry gushed in March about why “it’s the right time” for them to start a family.

“I wasn’t ready a couple years ago and I did the work to get ready, so now I see a baby and it’s just time for me,” the California native said during a Fifi, Fev & Byron appearance last month. “It’s the right time.”

Perry added, “I’m that girl that had the box [of] baby clothes before there was even a thought or even an Orlando Bloom. I’m excited about that.”

The American Music Award winner went on to tell SiriusXM’s Mikey Piff in March that her pregnancy wasn’t “an accident.” 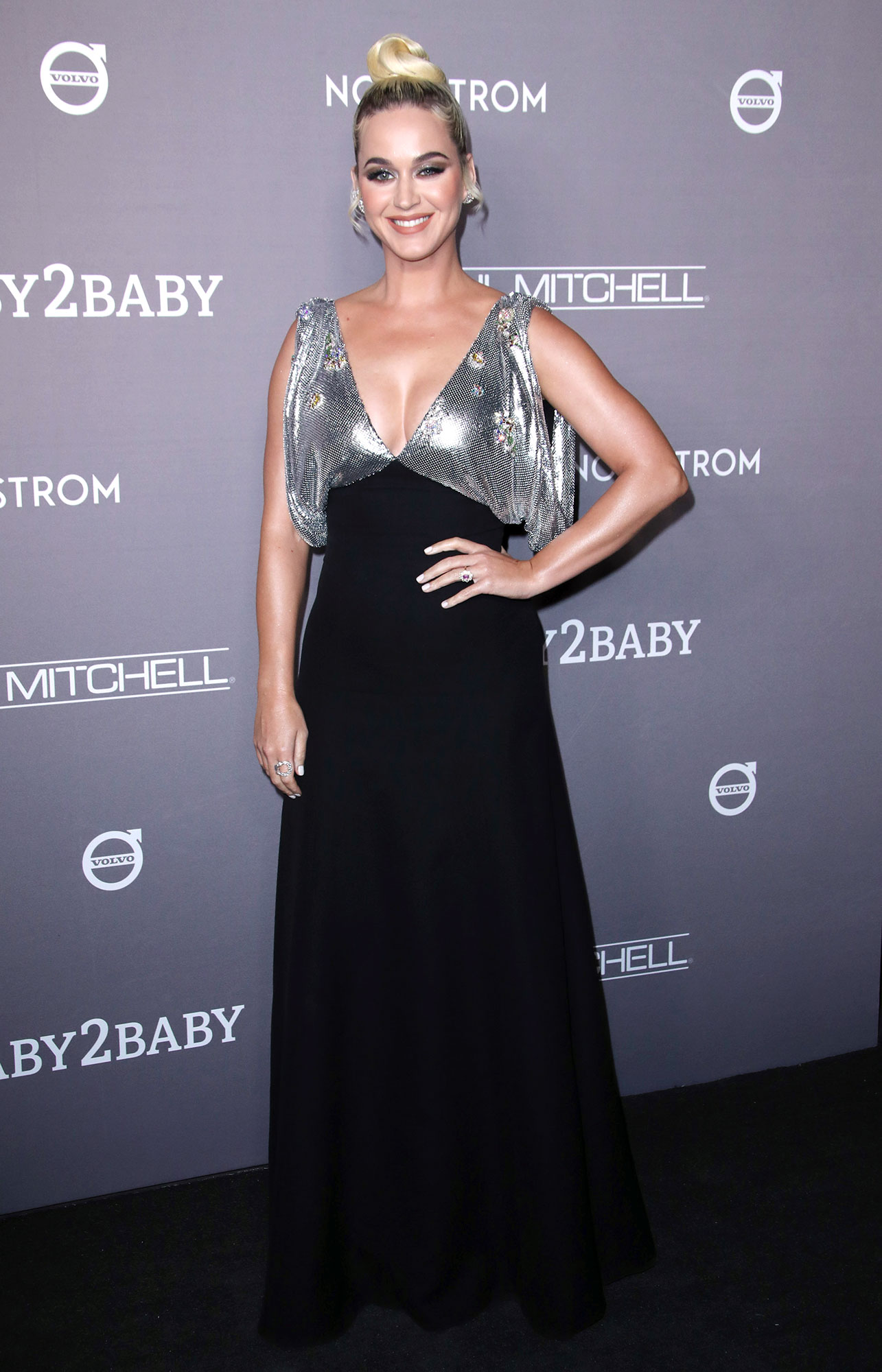 She explained at the time: “We were both looking forward to this new interval of life and sharing this.”

Bloom already shares his 9-year-old son, Flynn, with his ex-wife, Miranda Kerr, and the little one has “matured” Perry, she told Ellen DeGeneres in September 2019. “I used to not wake up until 11 a.m. and now I’m in bed like a normal person at 10 p.m., just, like, falling asleep,” she told the Ellen DeGeneres Show host, 62. “I guess this is adulting.”

The pregnant star has also received a parenting “education” from her role on American Idol. She told Us Weekly in February: “Especially when Lionel [Richie] turns from being lovable Lionel to, like, lay it down Lionel!”