A rare glimpse of her girl! Charlize Theron posted a throwback shot with her 8-year-old daughter, Jackson.

“I became a mom right before we started shooting,” the actress, 44, captioned her Friday, May 15, Instagram upload. “At least my child will forever have the fun fact of ‘I spent most of the first year of my life in a war rig.’ (Special appearance by my incredible costumer Inge Hough).”

In the social media post, the Bombshell star held her little one on her chest inside a car while Hough peered in. The South Africa native wore a green tank top and sunglasses, and her arms were covered in dirt and fake blood. 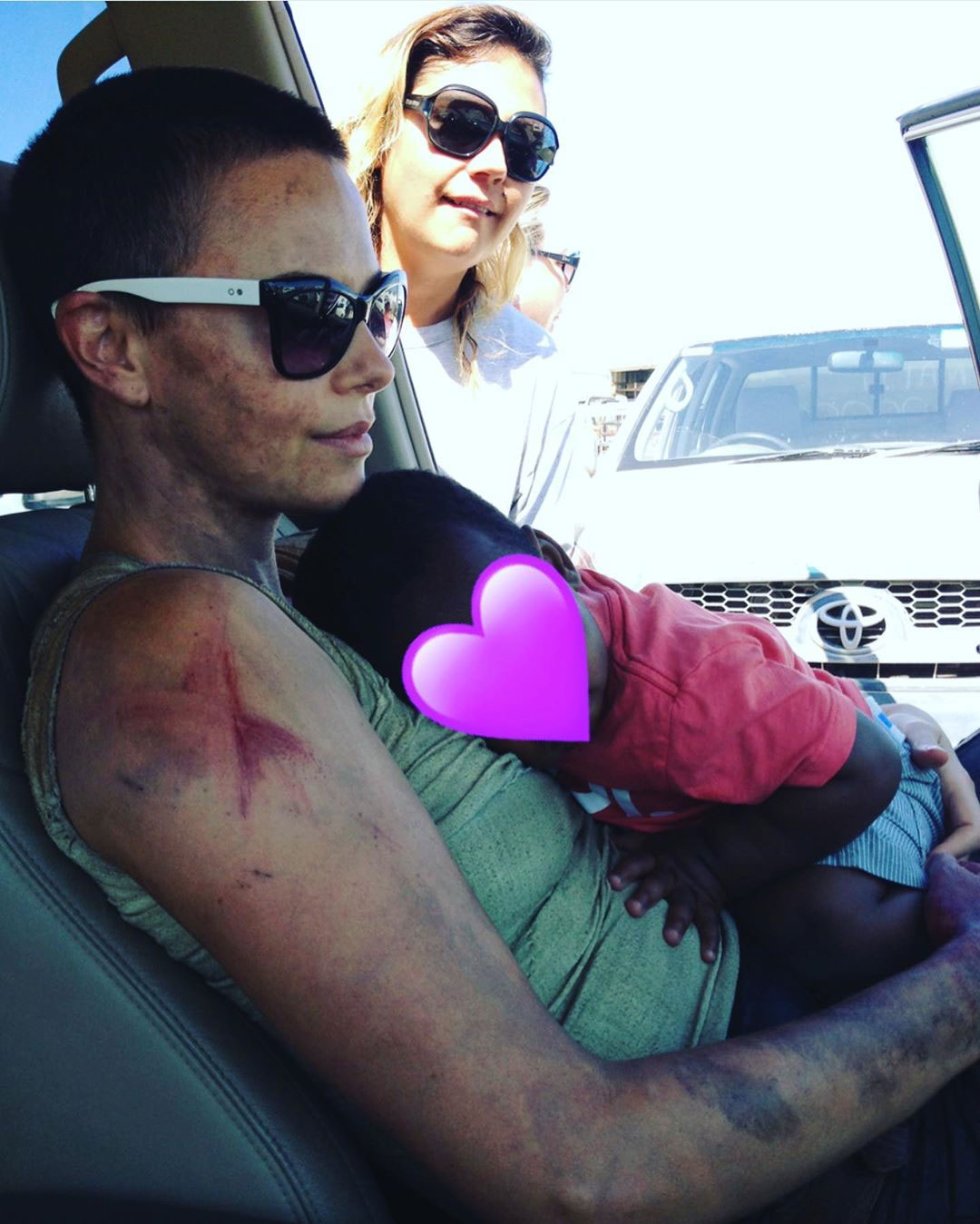 Theron opened up in December 2019 about using the correct pronouns for Jackson, telling Pride Source at the time: “My daughter’s story is really her story, and one day, if she chooses, she’ll tell her story. I feel like as her mother, for me, it was important to let the world know that I would appreciate it if they would use the right pronouns for her.”

The Oscar winner revealed it hurt her eldest daughter’s feelings when she previously used the wrong pronouns during interviews. The Long Shot star explained, “I haven’t really talked about it ever since, again, because outside of just asking that respectfully of the press — and the world, hopefully — the rest is really private and it’s her story, and it’s really up to her to decide if she wants to share that.”

The Golden Globe winner has made it a tradition to attend Pride celebrations with her brood. “I’m very vocal about what I believe is the right thing to do and how we should treat each other, and at the same time I feel like the thing that maybe I could bring to the table in moving all of this stuff forward is to just make sure that the stories that I tell and the characters that I play reflect the world, which is the gay and lesbian community, in a way where we’re not asking a million questions around it,” she told the outlet. “This is just how it should be.”