Congratulations! Sasha Cohen announced on Friday, January 17, that she had given birth, welcoming her and her fiancé Geoffrey Lieberthal’s first child to the world.

“Completely and irritationly in love with the newest addition to our family,” the Olympian, 35, captioned their first family photo on Instagram.

Cohen announced in November that she and the private equity partner, 45, had a baby on the way. “Geoff and I are so excited to welcome a little one into the world!” the former professional figure skater captioned her Instagram, reveal at the time. “Thank you to everyone in our lives for making today such a memorable one.” 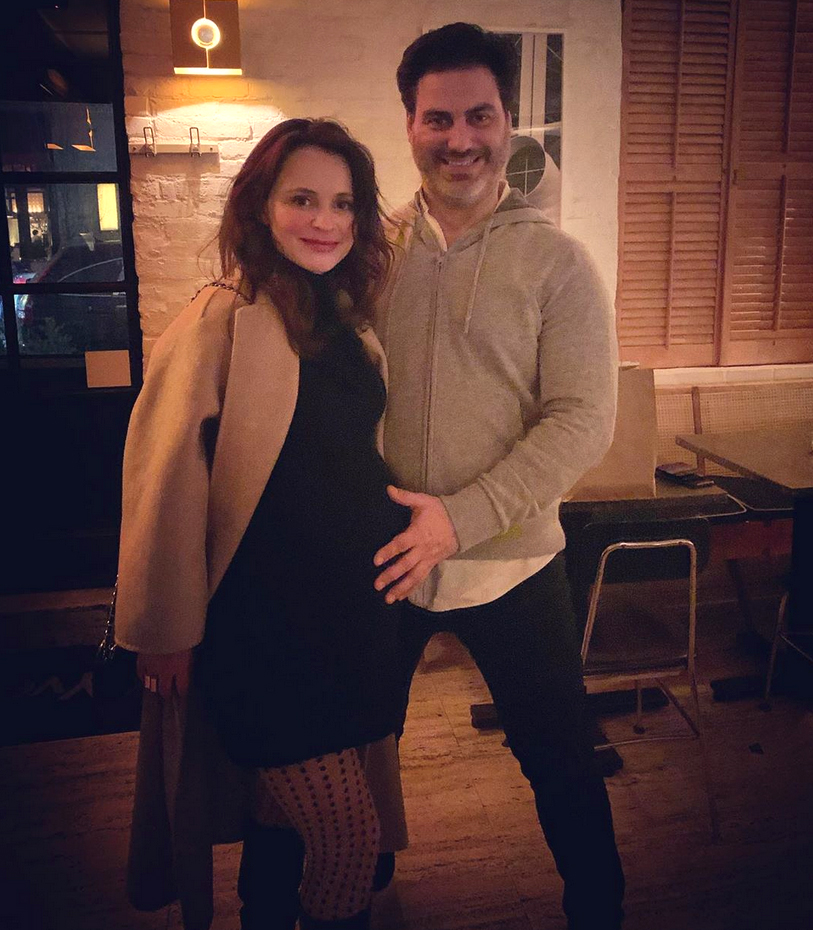 In the social media shot, the athlete showed off her budding belly in a striped dress while holding a gold “baby” balloon above her head.

Two months later, the Los Angeles native posed for a picture with Lieberthal. “Any day now,” Cohen captioned the January photo of her fiancé cradling her baby bump.

The silver medalist’s pregnancy announcement came one month after the couple’s Paris engagement. “We’re engaged,” the bride-to-be wrote alongside a photo of Lieberthal down on one knee. She also shared a selfie, featuring her engagement ring.

The Fire on Ice author previously wed Tom May in August 2016 in Osterville, Massachusetts, nearly a year after the hedge fund manager’s July 2015 proposal. “The last 48 hours have been a tremendous whirlwind for Tom and I,” she wrote on Instagram following their nuptials. “Thank you to all our family and friends far traveling from far and wide to join us on our wedding day. We will cherish the many memories we made with you this past weekend!”

Cohen gushed to TeamUSA about their venue choice at the time, saying, “We wanted to do a barn upstate, but with rain, the options weren’t very good, and I could just imagine my grandma trying to go to the bathroom through the mud, so we ruled that out. [Tom’s] family’s from Boston and spends summers in Cape Cod, so there were some options close to where they live, and it seemed like a beautiful, good summer spot to have a wedding.”

By February 2018, the former couple were living apart and going through divorce proceedings after less than two years of marriage.