When Taylor Swift is basically your aunt, it turns out you can get away with letting the f-bomb fly — but only if it’s said during one of her songs. At least, that’s how Ryan Reynolds justifies his 7, 5, and 3-year-old daughters slinging the f-word around while dancing to Swift’s newest album. #ParentingProblems, right?

During an interview on SiriusXM’s The Jess Cagle Show, the soon-to-be dad of four explained, “[Taylor Swift is] like a religion in our house. In fact, I’m not making this up. We are having a Taylor Swift Midnights dance party in, uh, right after this.”

He hilariously continued, “It’s Sunday. We’re headed straight to the porch where we’re doing a full dance number set to Midnights. Swear words included. My favorite thing is when a 3-year-old is just throwing down the f-bomb in a song.”

Reynolds told Cagle just how special Swift is to his kids and the Lively-Reynolds family as a whole, saying, “I think what’s most exciting for them is that for the longest time they just thought Taylor’s just a, you know, like an aunt, like a friend of mommy and daddy that’s very, very close, almost family. And then they went to a concert one day and were like, ‘Oh… Oh this isn’t a hobby.’”

The actor also mused about social media and its impact on kids today, saying, “We’re at a weird time. A weird time for kids. I grew up without any of this stuff. When I grew up, there wasn’t even a cell phone. So, you know, I’m grateful for that.”

He continued, “But also then there was probably things that my parents were like, ‘God, this wasn’t around when I was a kid. We didn’t have these problems.’ So I don’t know, I think that’s kind of an evergreen situation that people are always gonna go through.” 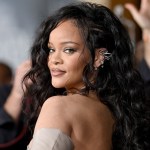 Sharing that his girls aren’t immune to social media’s mystifying presence, Reynolds explained, “I use social media platforms as a huge part of my work, and they see me on those things and they’re over my shoulder and everything going, ‘What’s that? What’s this? Who’s that?’ You know?”

He went on to explain how he tries to approach the conversation with them, sharing, “It’s a constant dialogue, but I … kind of hit it head-on with them. I never sort of sugarcoat anything or lie to them about anything, you know, even if they can’t quite grasp some of the concepts, we talk about it. But yeah, [it’s] a weird world we live in right now.”

You can listen to more of Reynolds’ funny parenting anecdotes and wisdom when the full Jess Cagle podcast episode premieres this Wednesday, November 9. In the meantime, don’t feel bad when your kid haphazardly drops the f-bomb — even Ryan Reynolds’ darling little girls let a few curse words fly here and there.