“She took that really hard because that was such a weird situation and blown massively out of proportion,” the “To a T” singer, 33, exclusively told Moms Like Us hosts Christina Garibaldi and Stroller in the City’s Brianne Manz on Wednesday, August 19, while promoting the “Every Other Memory” single on his EOM EP. “When people see somebody getting attacked, they sort of pile on because they think it’s safe. It’s just weird.” 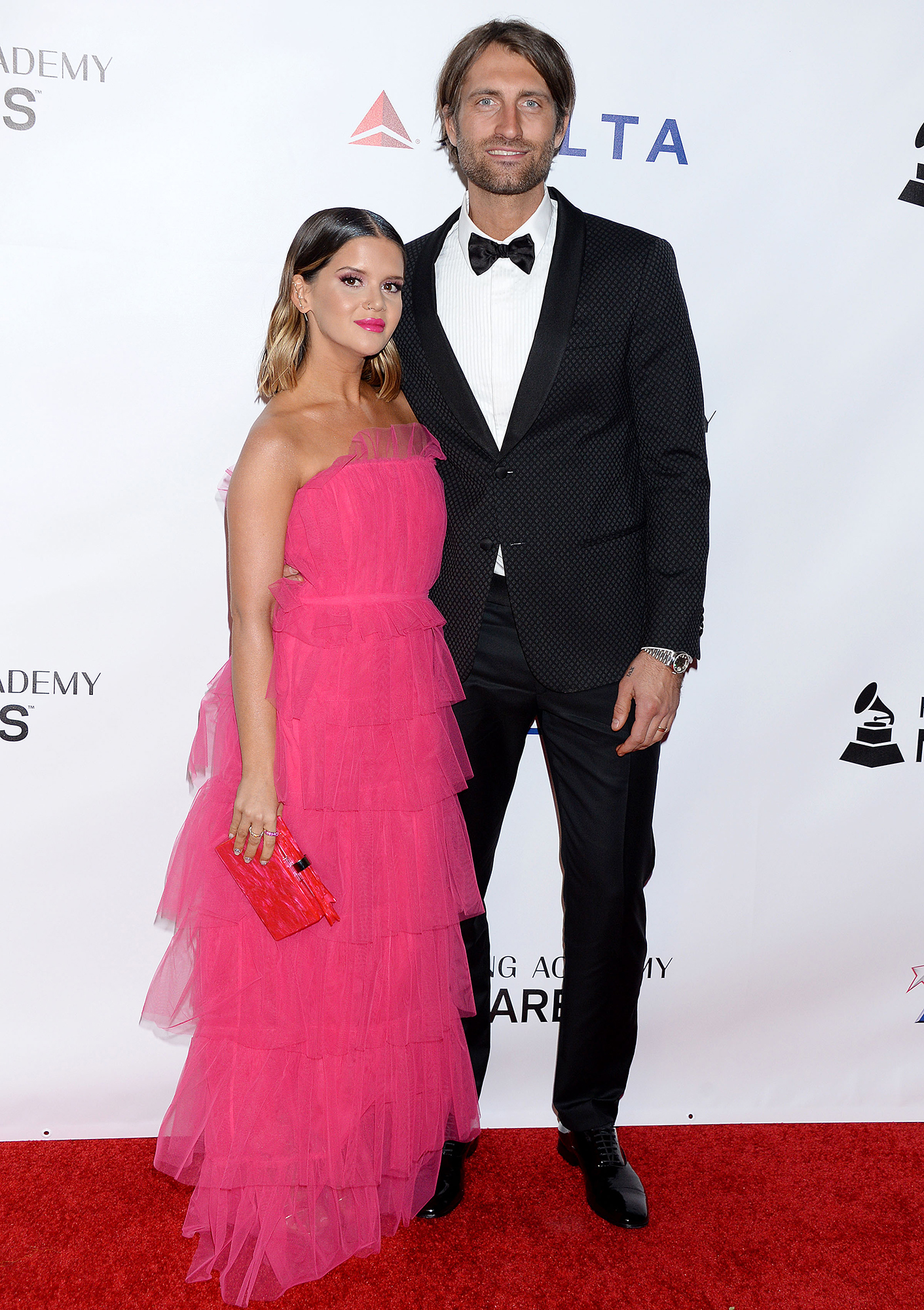 The Grammy winner, 30, found herself under fire last month when she posted a photo of herself relaxing on a floatie with her 4-month-old son, Hayes, in her arms. The little one was not wearing a life vest.

Hurd came to his wife’s defense via Twitter at the time, although he told Us on Wednesday that she “can handle herself.” The Michigan native explained, “She doesn’t need anybody to come in and help her out, but I just felt like sometimes Mama needs to know that I’m watching.”

The “My Church” singer also clapped back at the social media trolls, tweeting, “Honestly, I get so many criticisms of my motherhood on anything I post of Hayes, so I may just discontinue posting photos of him. Sucks but it’s kind of where I’m at.”

The Texas native went on to write, “I mean, we talked about curbing posting photos anyway now that he’s a little bit older, but the added crap from (mostly other moms) folks definitely forced our hand.”

On Wednesday, Hurd told Us that he and Morris “weren’t ever going to share a lot of photos of Hayes anyway,” and the mom-shaming incident “sealed the deal.”

The new dad explained, “For his sake, we just want him to be able to control how much of how in that world he is. You can’t really do that when you’re an infant.”

As for Hurd’s own social media accounts, he considers deleting them “every day.”

The “Diamonds or Twine” singer would rather focus on his music and gushed to Us about his EOM EP. “It was a project I’ve always wanted to do, and this was a great time to do it,” he said, noting that he has had a “pretty creatively fulfilling” year.