In the U.S. when we think of royals and their baby names, our minds usually jump to the British monarchy — after all the Windsors are in the news pretty much daily (and maybe we’re still a little scarred by the rule of George III). But they aren’t the only royals out there. Europe, Africa, and Asia are chock full of kings and queens, princes and princesses, and despite their geographical differences, there is one thing pretty much all royal families have in common — the names they choose for their children are suffused with meaning. 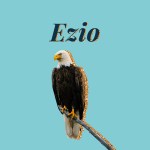 Whether they use a handful of middle names hearkening back to past monarchs or beloved members of the royal family or first names chosen to denote virtues or religious tenets, royals do not mess around when it comes to naming the future of the nobility. And while it might seem stuffy or old-fashioned to all of us commoners, it’s a tradition not taken lightly.

Even if your baby isn’t going to have four middle names and a hereditary title, scrolling through royal names is a great way to find inspiration for your baby name list. That, too, is something of a tradition — see the many Georges, Marys, Victorias, Williams, and Elizabeths you know and love. We highly encourage looking a little deeper into the royal family tree, and at the royals around the world, for names that are a little more unexpected. How about an Alexia, Leonor, or Hassan, for instance? Hisahito or Sverre?

And hey, unlike royal families, if you don’t want to name your firstborn after a multiple-times-great grandfather or a centuries-dead monarch, at least you won’t end up causing an international scandal.