Ronnie Ortiz-Magro‘s ex-girlfriend Jen Harley shared videos of their baby daughter less than a week after she was arrested for domestic battery.

In the videos posted on her Instagram Story on Saturday, June 30, she dotes on her daughter who is wearing sparkling pink Converse sneakers in one clip and a pink onesie in the other. “Happy girl,” she captioned one of the videos. 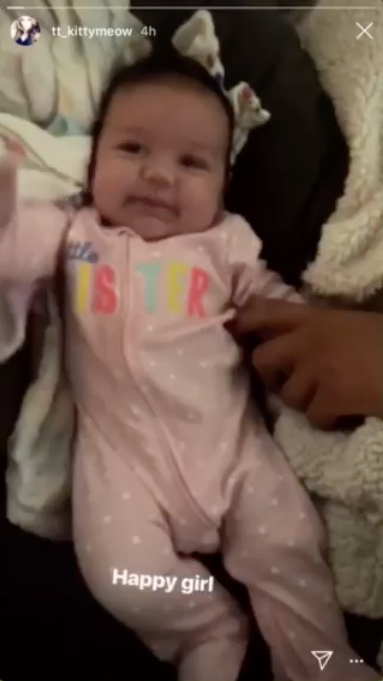 Harley, 31, was arrested on June 24 for allegedly beating up the Jersey Shore: Family Vacation star, 32, and dragging him with a car. 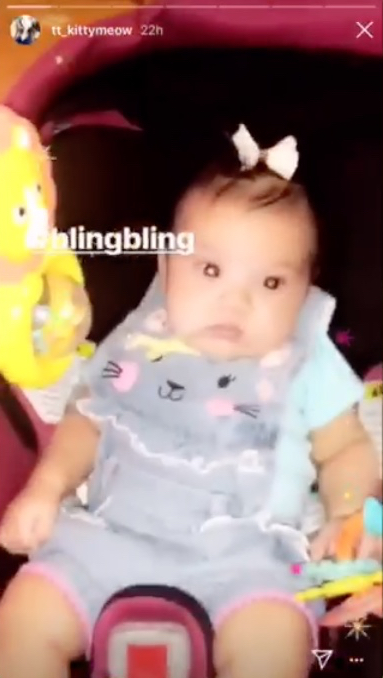 The pair, who share 2-month-old baby Ariana Sky, have had a turbulent relationship in recent months, with their drama spilling over into social media, where they insulted each other and threw around cheating accusations in April before pulling the plug on their yearlong romance.

But things between them weren’t over and they got into a physical altercation on June 7 after Magro and his MTV costars headed to Las Vegas to start filming season 2 of their reality show. A source told Us Weekly at the time that the pair were “fighting over their daughter.”

Their most recent incident happened after Harley allegedly hit Ortiz-Magro in the face while driving home from a Sunday barbecue with their baby girl.

“He asked [her to] pull over and let him out of the car,” an insider told Us of the June 24 fracas. “She stopped, and Ronnie tried getting out and got caught in his seatbelt. Jen started driving away, dragging Ronnie. … Ronnie’s face was bloodied and bruised, and he’s got a nasty road rash.” Harley was released from jail the following day after posting $3,000 bail.

As Us reportedly earlier this week, Ortiz-Magro skipped a trip back to Seaside Heights, New Jersey, to film scenes for the show, making the decision to remain in Vegas with Ariana. A source told Us that Ortiz-Magro was also taking the time off to recover from the injuries he sustained in his roadside brawl with Harley. “He was hurt pretty badly and needs the time to heal.”