First birthdays are undoubtedly big milestones, but let’s be honest — a baby’s first birthday party is much more for the parents than for the child, as the tiny tot will have exactly zero recollection of an event happening so early in their life. This Reddit mom is refusing to acknowledge that truth in a wild attempt to force her family to choose between her daughter (but really herself) and her stepsister, whose wedding is on the same day as the child’s party.

Taking to Reddit’s “Am I The A—hole” forum, the woman explains that after her parent’s divorce, her mom got remarried to a man who had a daughter. She wrote, “I lived with my dad mostly because I did not want anything to do with a new sibling and had pretty much no relationship with her and hated that my mom treated her like a daughter. I wasn’t the nicest to her but I felt like she was taking my place.”

A very key piece of information to keep in mind is that the woman reveals her stepsister’s mother died giving birth to her — therefore her mom is the only mother figure the stepsister has known. You can probably already deduce that the woman is committed to the role of the evil stepsister and is therefore indeed the a—hole, but let’s get into the nitty-gritty of her grievances.

The woman continues, “Fast forward to now, she is getting married and I wasn’t invited since we have no relationship, whatever I didn’t invite her to mine either. This issue is I planned my daughter’s first birthday and when I told my mom she said it can’t be that day because it’s my stepsister’s wedding and can we change it to the next weekend so people don’t have to choose which to go to.”

For someone who doesn’t hold extreme resentment against their stepsibling, this would probably be a reasonable request. Again, a kid isn’t going to remember their first birthday party, so why not do the reasonable and kind thing to avoid conflict with a major life event like a wedding? 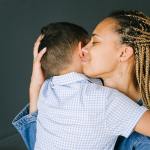 She continues her rant, writing, “I’m pissed how can she choose a stepdaughter over her own grandchild. Everyone is picking this girl who isn’t even really family over my daughter. My mom says to just change the party but I think it’s ridiculous they can’t do both and I won’t change my schedule for my stepsister. And my daughter will be the one to suffer when none of her family is at her first birthday party.”

Redditors put the woman in her place with severe swiftness, with one user writing, “1st birthday parties are solely for the parents. The children have no f—ing clue what’s going on. They have no concept of what a birthday is. Your daughter will not suffer because her family isn’t present — your daughter will have no idea what’s going on and no memory of her 1st birthday party. She has no concept of time so reschedule to a different day, as requested, if it’s so important for your family to attend.”

Another user agreed, writing, “It almost seems like you’ve tried to weaponize a child and their birthday party just because of some weird power struggle due to sibling rivalry. (A rivalry that you seem to be the sole participant in.) If this is your daughter’s first birthday, and you said she’ll be the one to suffer, what harm could it do to reschedule the party?”

They continued, “Your child’s birthday is not about you, you vying for your mother’s attention, or whatever weird animosity you have towards your stepsister. It should be ALL about your child. If you want her to have her family there, then having the party the same day as your sister’s wedding is not the hill I think you should be trying to die on.”

Then the user gave the OP a much-needed reality check, writing, “SB: ‘I’m pissed. How can she choose a stepdaughter over her own grandchild. Everyone is picking this girl who isn’t even really family over my daughter.’ Apparently the rest of your family would beg to differ with that last sentence.”

We can’t help but agree that the OP should seek guidance in resolving her uncalled-for resentment toward her stepsister, as well as her mom for admirably stepping up to be a mother to a girl who lost her own. If she isn’t careful, her daughter may grow up to confide in her stepsister and mother because her own mother is so focused on holding onto a ridiculous, one-sided grudge.