Adolescence is a difficult, awkward stage for kids to navigate, and sometimes in their effort to fit in, they put their foot in their mouth — heck, even as adults, people say things that come across the wrong way, even though they have good intentions.

One Reddit mom took to the platform’s “Am I The A—hole” forum to share an insensitive comment her daughter’s friend made at dinner and her reluctance to have the girl back over until she delivers a formal apology for what she said, and her grudge isn’t sitting well with other users.

The woman explains, “I (37f) have two kids with my husband (41m); a 14-year-old daughter and a 10-year-old son. Our daughter has always been a little socially awkward to the point that we’ve had her tested since we suspected her of being on the spectrum. Turns out she isn’t on the spectrum; she’s just a natural introvert.”

She continues, “However, this year in school we were thrilled when our daughter made a new friend her age since that is an area in which she struggles. Long story short she recently invited her new friend over (with our approval) to have dinner at our house and then spend the night.”

“So, my daughter’s friend came over,” she writes, continuing, “My husband is usually the cook in the family and this night was no exception; he made us all a really nice meal. During the course of said meal I asked my daughter’s friend; ‘Are you enjoying the food?’ She responded ‘Yes! [Your husband] is a great cook! No wonder you’ve ended up a bigger woman.’”

OP continues, “The room got quiet for several moments. My husband tried to laugh it off and change the subject but I wasn’t having it. The girl had just leveled a completely uncalled-for insult at me. My daughter’s friend seemed to realize that she’d messed up but she didn’t say anything else. We finished an awkward dinner in mostly silence and my daughter’s friend did stay the night.” 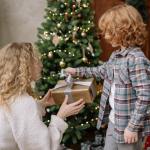 The girl had good intentions with her compliment, the message just wasn’t delivered in the most tactful manner. At the same time, her comment about the mom being a “bigger” woman might have simply seemed factual to her. She wasn’t calling the mother fat or another rude term, but we understand why the mom is offended at what she said. Again though, the girl wasn’t being malicious, and the mom is relaying the incident like she was.

OP continues, “This was a couple of months ago. Recently my daughter asked if she could have her friend back over and I told her ‘Sure; if she’s going to apologize to me.’ When our daughter asked what I meant I reminded her of what she’d said. My daughter responded that it was over and she didn’t want to bring it up again. She then went to her father and asked. He said ‘sure’ but she then told him what I’d said. He came to me and said: ‘[Daughter’s friend] just felt awkward and tried to make a joke. It didn’t land. For the sake of our daughter can’t you just let it go?’”

We’re on the same page as OP’s husband, but she’s not letting up. She writes, “Yes, I could, but the thing is that I just want an apology from the girl. I need to see that she understands how rude she was before I can get on board with her and my daughter hanging out. My husband says that I am being weird for insisting on an apology from a 14-year-old, especially since that girl is such a good friend of our daughter.”

We again agree with the husband — the girl is a kid who put her foot in her mouth while trying to deliver a compliment to two adults she had just met and was likely nervous around. The mom’s insistance that she was being rude is not only a reach, but also hypercritical of the girl. She disagreed with her husband, writing, “I think it’s weird that I’m still waiting for an apology from that same girl. Seriously. That’s all I need. I just need to know that any friend of my daughter is willing to own up to her screw ups.”

We think OP is taking this way too seriously — equating what the girl said to a “screw up” is dramatic, to say the least, and Reddit agrees. One user responded, “YTA. Did it ever occur to you that the reason this girl and your daughter ‘clicked’ as friends is that they’re both socially awkward? She’s a 14-year-old kid. Even with the best social skills, they often put their foot in their mouths. Let it go. Don’t ruin your daughter’s friendship because your ego was hurt by one off-hand comment.”

Another Redditor agreed, writing, “This. YTA if you don’t show this other awkward kid the same parental grace and gentle guidance you probably hope others will show toward your kid.” One woman wrote, “I’m a big woman and I would have laughed it off. She was complimenting your husband’s cooking and I don’t think she meant any malice behind it. You need thicker skin and suck it up.”

One user asked OP to consider why she’s so offended, writing, “Instead of an apology look into why this is hurting you to this extent. It could be coming from your own insecurities or perception. I’d say always look at the intention. The girl didn’t mean to insult you. She just got carried away and said something that came to her mind unfiltered and with the understanding of a fourteen year old.”

They continued, “Your daughter is finally trying to branch out and has found a like minded friend. Maybe just have an open conversation and tell her that if it happens again she should speak to her friend and talk it out. Forcing an apology is the worst way to deal with this.”

Another Redditor explained what OP isn’t understanding, writing, “I spent my entire teaching career working with adolescents, and there’s really only one word to describe them: awkward. They’re no longer kids but are far from being adults, and they’re trying desperately to join the ‘grown-ups club’ in both intellectual discussion and humor. The joke your daughter’s friend made was her attempt at having an in with you, and by all accounts it failed.”

They continued, “What I also know about adolescents (ESPECIALLY the awkward ones) is that they don’t quickly forget the embarrassing/awkward things they do. This girl is mortified by what she said. Any time she thinks of coming to your house, she experiences a wave of embarrassment because of what she said. She probably even felt a little nervous just being around your daughter for awhile afterward. She’s already paid her penance in regret and shame — forcing her to apologize would only make it worse (and would likely feel like punishment).”

They concluded, “I’m not going to vote because I understand where you’re coming from and I don’t think you’ve got any ill intention. But demanding an apology really isn’t necessary. Be the grown-up this kid needs and give her a little grace.”

We wholeheartedly agree with every point that user made, from the young teen likely being mortified by the incident to OP needing to chalk it up as a badly placed comment and letting it go. If she isn’t able to do so, her own daughter will likely begin to resent her for straining her relationship with her only friend.