Deciding whether or not to keep a pregnancy is not only every woman’s right, but also a life-altering decision. It’s a choice this Reddit poster isn’t taking lightly, but one that she is prepared to undertake — alone, no less. She took to the platform’s Baby Bumps subreddit to inquire about a moral conundrum she’s facing, and other users met her concerns with sound advice and warm support.

The woman provided insight on her situation, writing, “just found out last week that I’m (29f) 5 weeks pregnant with my tinder hookup’s (32m) baby. I did let him know and he has pretty much begged me not to have the kid and to get an abortion. He claims he can’t even take care of himself and doesn’t want kids. He told me it’s not right for me to have it when It will only ever have one parent.”

Tinder guy absolutely has a right to his take on the situation — not feeling prepared to have a child, coupled with a lack of desire to be a parent, are valid reasons for not wanting to follow through with a pregnancy. However, plenty of healthy and happy kids are raised by single parents — and let’s not bypass the fact that he doesn’t inquire about the woman’s thoughts and feelings on the situation, only his own.

The woman gives us more insight on her personal standings, sharing, “I make 6 figures, own my home, my car, and have been the sole provider for my 10-year-old her entire life. I’m not worried about the same things he is,” she explains. “My question is of a more … moral nature. Would it be wrong of me to have this kid and just never tell him?”

She also includes a hugely important bit of information that’s influencing her decision: “Side note … I’ve wanted another baby a long time. Years.”

Redditors flocked to the replies to reassure the mother-of-2-to-be, with one user writing, “I think he deserves to know the kid exists but maybe just make it clear he doesn’t need to be involved at all? I don’t think you’re morally wrong for keeping a baby you know you can provide a loving and safe home for,” the person wrote. “I think it’s ridiculous to expect people to only have children under the most ideal of circumstances and having just one parent isn’t the end of the world,” they concluded. 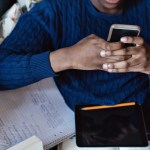 This Dad Is Siding With His Son's Disparaging Social Media Posts Against His Mother, & Reddit Has Mixed Reactions

Another user put some thought into the morality of it all, musing, “I think the only thing that would be morally wrong would be if you had this hookup with the intention to get pregnant against his wishes — but if that wasn’t your intention then there is absolutely nothing wrong. You get to make this choice and it seems as though you’re in a position to do so.”

They went on to suggest, “Maybe just don’t put his name on the birth certificate and assure him you don’t need his assistance if he is reporting he can’t take care of it and doesn’t want it. There are plenty of successful and happy single parents out there, good luck!”

Another user’s comments heavily resonated with the OP: “I’m sure tinder hookup will not like this because if his child is born then he has to spend eternity thinking about the fact that HE DOES have a child he doesn’t know. So of course he’s against it … but you will give this baby a great life if that’s what you choose, OP!” The OP responded with a heartfelt “I just need you to know this comment saved my soul today. Thank you.”

At the end of the day, bearing, birthing, and raising a child is a decision that the person doing the carrying, laboring, and primary caring for has more power to make. If the woman isn’t cornering her hookup into taking on a parenting role in any capacity, and he has no wishes to be involved in the child’s life, then more power to her for embracing her maternal power and confident capabilities in expanding her family unit as a single parent — that sh*t is bada**.