Bravolebrity Brandi Redmond announced her family is growing just weeks after her mother-in-law tragically passed away in a car accident. See the Real Housewives star's heartfelt post below. 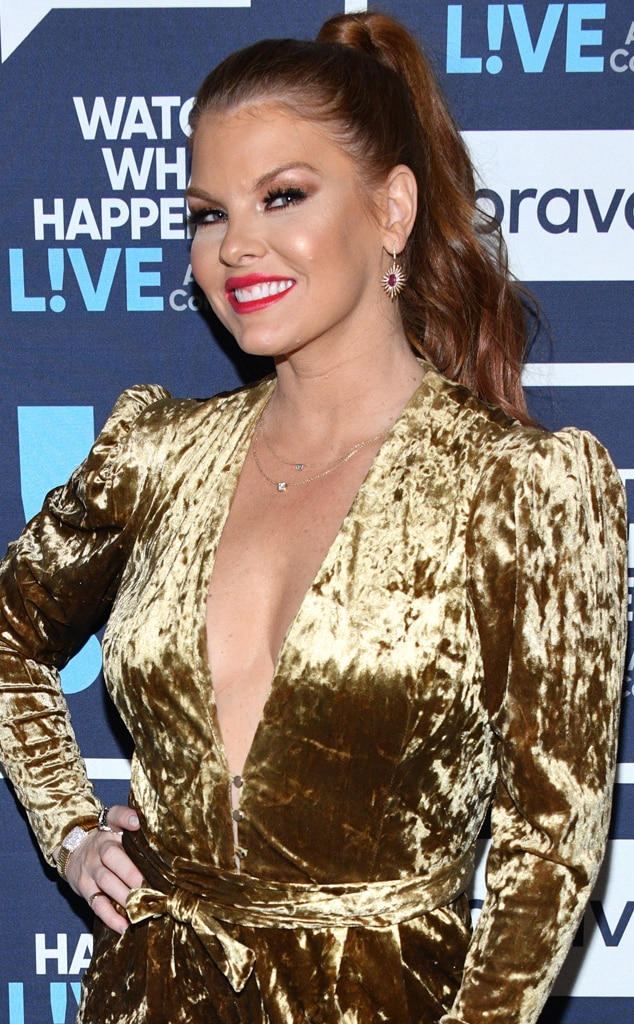 The Real Housewives of Dallas star seemingly announced she and husband Bryan Redmond are expecting baby No. 4 on Friday, Oct. 23. Brandi, 42, took to Instagram with a snapshot of three pumpkins painted with her kids' birth years, in addition to one more with "2021" across it.

"God works in mysterious ways and we are so thankful for his grace and glory," she shared. "You never know what his plan is but we know he's got us in the palm of his hand. We have much to be thankful for this holiday season and want to thank all of you for your prayers, love and out pouring support."

Just two weeks ago, the Bravolebrity announced the unexpected passing of her mother-in-law, who died in a car accident. Brandi and Bryan's 9-year-old daughter Brinkley survived the crash.

She shared on social media at the time, "…I ask that you lift my sweet Brinkley up as she continues to heal and that God protects her heart and eyes from this tragedy. I am so thankful for her life. This is probably the most thankful yet pain I've ever felt."

Brandi and Bryan are also parents to daughter Brooklyn, 11, and Bruin, 2, who she adopted in 2018. In January, the mom-to-be announced she was in the process of adopting Bruin's biological brother, but the child's birth mother suffered a pregnancy loss.

We decorated pumpkins for our little pumpkin patch this afternoon. God works in mysterious ways and we are so thankful for his grace and glory. You never know what his plan is but we know he’s got us in the palm of his hand. We have much to be thankful for this holiday season and want to thank all of you for your prayers, love and out pouring support. 🙏💞

"I took it pretty hard," Brandi explained to Andy Cohen during a RHOD reunion special, "just because I think, emotionally and physically, my family was prepared to take it on, but she lost the baby."

In late September, Brandi shared a heartfelt tribute to her toddler in honor of National Son's Day.

"My heart melts when I'm with you BruBru," she wrote on Instagram. "We love you so very much and so thankful God gave us you."