Future dads! Tan France and his husband, Rob France, are expecting their first child via surrogate.

“So happy to finally share that WE’RE HAVING A BABY!!” the Queer Eye star, 37, captioned a Tuesday, April 13, Instagram photo of himself cradling his stomach and holding an ultrasound photo. “No, I’m not pregnant, despite this VERY realistic pic. With the greatest gift/help of the most wonderful surrogate, Rob and I are lucky enough to be on our way to being parents, this Summer.” 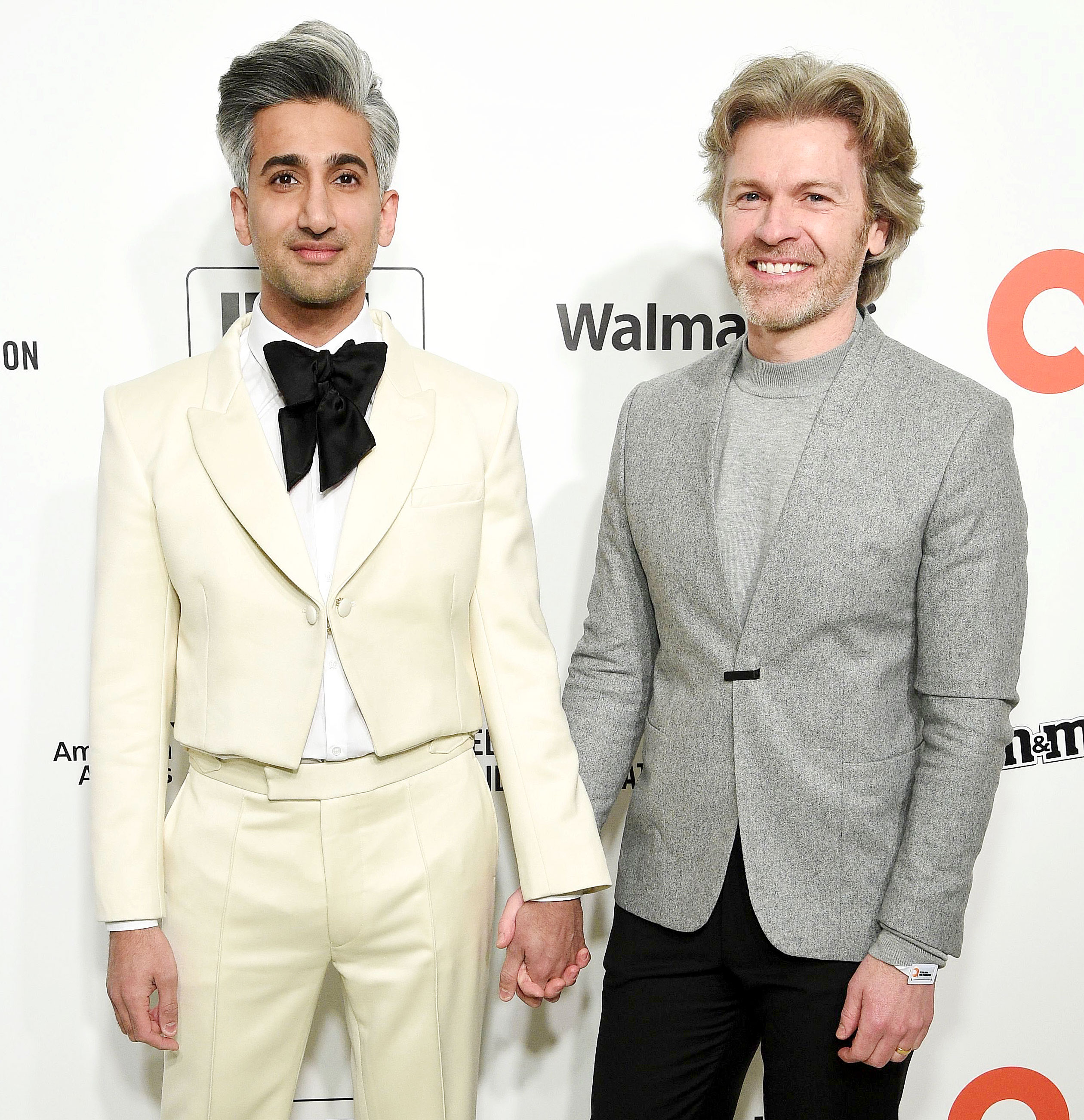 The reality star went on to write that he and the illustrator, who wed in 2007, have wanted to start a family “for soooo many years.” He concluded, “Our hearts are so full right now. I cannot wait to hold this baby, and to show him so much love.”

Tan’s cohost Karamo Brown commented on the social media upload: “Yay!!!!!!! Uncle Momo is going to spoil this baby!!!!” Antoni Porowski added, “So so happy for you guys.”

Rob shared the news with an illustration of a fetus, writing, “We have a beautiful little angel on the way, and I didn’t think it was humanly possible to feel like this.”

In June 2018, Tan told The Associated Press about his and his husband’s plans for six kids, calling that number “just enough.”

The fashion designer gushed, “I feel privileged to be in a position where I get to talk about what I want to do. And if I want to have children, I want to talk about it and nobody can say it’s wrong and get away with it. [Surrogacy is] a legal option that is available to us, and I will use that.”

The couple got married without an engagement, Tan told his costars during a 2018 Queer Eye episode.

“It was just a case of, ‘You know we’re going to get married one day, right?’ We had just agreed that it was going to happen… and we arranged the date!” he explained at the time.

He told The New York Post about blending their Muslim and Mormon religions, saying, “It made it easier to date somebody who had similarities to me. I don’t drink alcohol, I don’t smoke. We practice some of our religions’ practices. We don’t practice them all. We practice what works for us.”